I'm looking for an audio meter tool that will attach to any input or output on my Mac and show me the audio levels on that channel. I need it to show me independent levels for stereo sources so I can tell if a source is playing only audio on one channel or another.

I'm on 10.10 and the Orban Loudness Meter no longer works properly (it's unreadable).

Audio Hijack lets you set up three style of meters: Peak/RMS, VU meters, and menubar meters. You don't have to be recording. It costs $50 but will work for 10 minutes each session before inserting static into the audio. 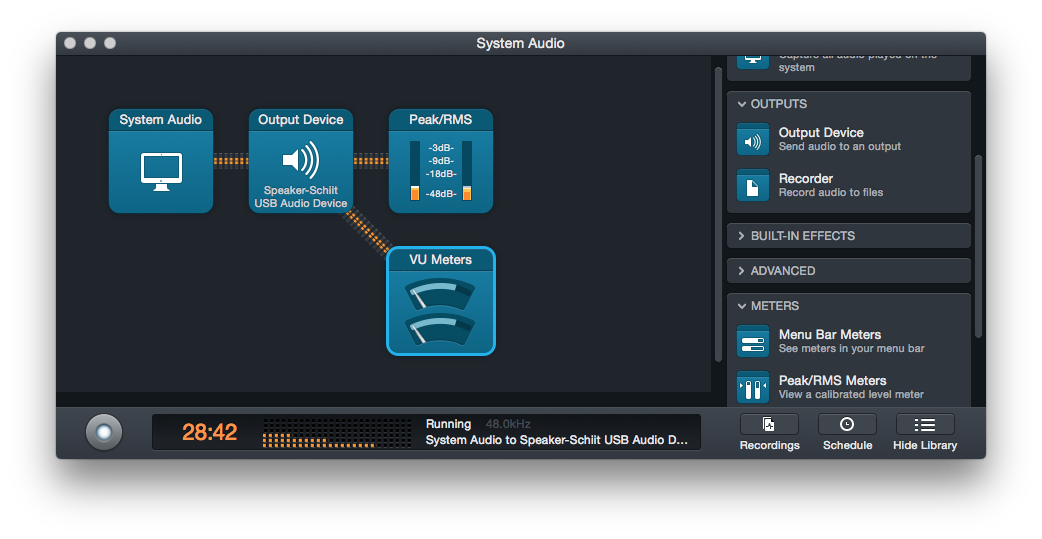 I'd start with Piezo and move up to Audio Hijack Pro if needed. 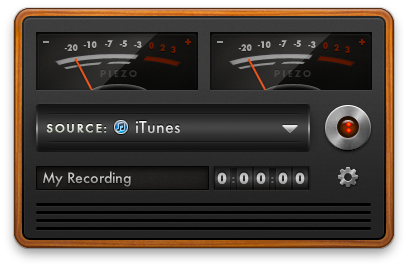 It's small, gorgeous, and minimal and you get some nice old school VU meters showing the left and right channels.

Another tool is audacity. It has a stereo level monitor. See http://audacity.sourceforge.net/ Audacity is free and open source, but it's a recorder and editor, which may be more than you want.

Update: I've talked with Orban about updating this metering tool for OS X 10.10 and beyond and unfortunately they're not interested in doing this work nor did they want to release the code as open source for others to achieve it. I highly recommend looking at one of the other answers if you're on El Capitan or newer.

For the past 8 months or so I've been using the free Orban Loudness Meter to do metering on arbitrary audio signals on my Mac. It has pretty good support for snooping on the real audio interfaces I have connected to my machine. And when its built-in snooping doesn't work, I'll route audio through it using SoundFlower.

The UI isn't pretty but it is by far and away the best loudness meter I've used, including paid options. It's meant for professional metering with an audience of radio and television post-production audio professionals.

It implements some of the new weighted average standards in metering that are designed to get The Loudness Wars under control -- they're weighted such that maximal limiting of the signal ends up showing an overall lower output average power. It encourages mixing for dynamics instead of mixing for loud. 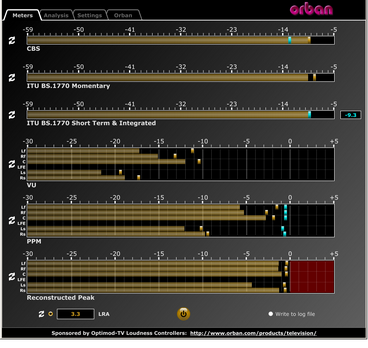 Not the answer you're looking for? Browse other questions tagged audio .

1
Playing music from the iPhone wirelessly to a stereo that doesn't support Bluetooth
0
Program to delay audio output
4
How can I use an audio device's other channel for input to iChat and Skype?
3
USB Audio Adapter for Bluetooth Headset
0
Use a USB sound card with multiple input lines in apps like Skype or Dictation?
0
Use another Mac connected via thunderbolt as an audio input source?
0
Route USB mic input to System Audio output for Camtasia 2?