iPhone is confused with iMessages

I have a contact, Niels; he has an iPhone too, and he uses iMessages, just as I am. For some reason, I've got 2 conversations going on with Niels although the contact card both contains the e-mail and the phone number. 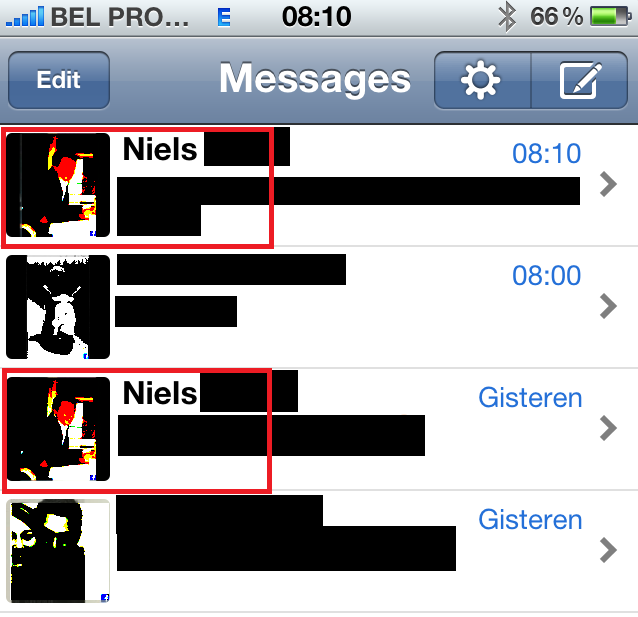 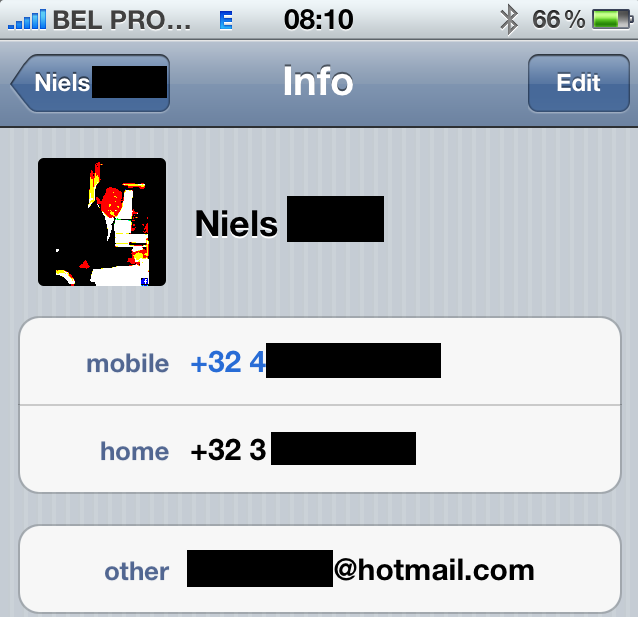 Am I using iMessages the wrong way?
Is this a known bug?
Is my iPhone messed up with the use of BiteSMS and other jailbreak tools?

ios iphone messages
Share
Improve this question
edited May 3 '12 at 11:49

It's possible that one of you is using the phone number to initiate a message, and the other is using an email address. Starting from a blank slate, send a message, and have Niels reply, do you then have a single session, or 2? If this is behaving oddly, try initiating the chat with both email and phone numbers, and see what happens.

Your recent contacts will likely show both messages from e-mail and phone number. You might think that the iPhone should match and merge both conversations but in fact they remain separate for good reason. Imagine you have an iPhone and an iPad, messages to the phone number only go to the phone, messages to the email go to both. It's a case of knowing how to reply. If it merged the 2, which would it choose to reply to? It would have to choose the email address, as it's portable, the phone number isn't. Any attempt to merge could leave one of your devices only getting half the replies, or the inability to reply if replying to an iPad from an iPhone that has decided to use the phone number as the primary contact choice.

Not the answer you're looking for? Browse other questions tagged ios iphone messages .

2
Can I combine message conversations from one contact's different phone numbers?

6
My iMessage won't send
2
iPhone 4S/iOS 6: Every message received turns into Group MMS with me as a recipient
2
iMessage conversations changed to Bonjour; how do I change them back?
0
iPhone 4S iMessaging to a iPad and iPhone - compilation of message threads
14
iOS 9 iMessage notifications show sender's number, not name
3
Siri can't text someone even though it can call them, email them, and show me their contact information
1
Name of sender of SMS or iMessages missing, only number shown