Screen protection for the iPad 3

Is it true a screen guard reduces the clarity of an iPad 3 retina display? I dont want to risk scratching such an expensive investment. Any recommendations on screen protectors which satisfy the following criteria?

I had a matte protector on and it did points 1,3,4 and 5 really well. But I guess that's a given with matte screens. But it scattered the light too much that I took it off. Need recommendations on clear screens which meet all the above criteria.

There are several companies which offers you all 5 points.

I've got a lot of experience with the Zagg Invisible Shields. They offer great quality and lifetime guarantee. But they are a bit expensive though. Quality comes at his price. 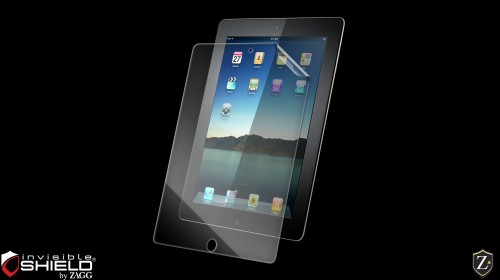 Then there is BodyGuardz. A bit cheaper, lifetime replacements as well but I don't have any experience with it. And they don't seems to offer a specific protector for the new iPad, but the protector of the iPad 2 will fit. 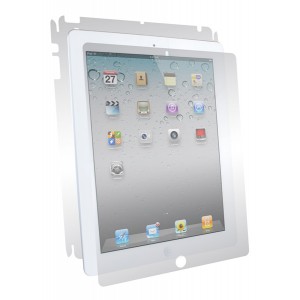 Personally I really like the matte protectors, but I had to accept that they do scatter light more, and visibly alter the clarity of the screen. That being said, I recently decided to try a "new material" that a friend told me about, and I have to say it's hands down the best non-matte screen protector I've ever tried (out of maybe a half dozen different varieties).

You can find it on Amazon: http://www.amazon.com/iSmooth-iPad-Screen-Protector-Replacement/dp/B00989QKA8/

I'm not really sure what it is that's different, but somehow the material is a huge cut above the other (admittedly, cheaper) screen protectors I've tried. Once it's on, it truly is invisible and the overall quality is way higher. I wouldn't likely have spent this much on a screen protector (which I realize is a pretty lame reality... $600 device and I want to spend less than $5 to protect the screen?? How backwards is that??) but since a friend recommended it, I'm glad I did. These really are, in my opinion, the best out there. The price also appears to have dropped a bit since I bought mine, and considering the above is a 3-pack... they're about the same price as the inferior ones I've bought before.

They are not matte however, and I've written to the company requesting that they make a matte version. If they could somehow make a matte one out of this same material, I think I'd have my 100% perfect solution, rather than the 95% perfect I have with their clear version.

Not the answer you're looking for? Browse other questions tagged screen ipad .

14
Is a screen protector worthwhile for an iPad?
1
Turn off iPad 2 screen mirroring
0
iPad Pages Password Protection
0
iPad 4 screen cracked
0
Can I use an iPad Air (iPad 5) screen protector on my iPad Air 2 (iPad 6)
1
iPad air 2 screen rotation
1
How to fix the iPad home screen being dark purple?
1
Broken Ipad screen
2
Will leaving the screen of an iPad turned on 24/7 decrease its lifespan?
1
Prevent iPad screen for turning off when not in horizontal orientation