I am buying the new iPad in US. I am going to be sending this to India for my mom. Now, what do I have to do to ensure that if and she purchases Apps from the App Store, the currency is in the local currency, i.e., INR and not US $. I understand it really does not make a difference other than the fact that the credit/debit card will be making the payment but it would still be useful for me to see the pricing in the local currency.

Is this based on the Country/ Region that I specify when creating a new Apple Id?

Is this based on the Country/Region we pick when we setup the iPad for the first time (I cannot remember exactly if we do specify the Country while setting up the iPad or just the language).

ios ios-appstore apple-id
Share
Improve this question
edited May 30 '12 at 17:37

Your mother's iPad will take you through the process of creating an Apple ID, but you can also create one on her behalf at Apple's website. Whatever you specify as the country of her mailing address there will determine the Apple Store she becomes associated with.

So the answer to your first question is yes, it is based on the Country/Region you specify when creating a new Apple ID.

The answer to your second question is no, it doesn't matter what you set as the regional localization of your iPad itself. You can change the iPad's localization as often as you like, indeed I do this when moving between the UK and the US. The iPad localization determines things like date and telephone number formatting conventions, spelling dictionaries, and so on.

As an addendum, you can have multiple Apple ID's on a single device. This is kind of annoying to do, but sometimes it's the only way to get an app. In my case, my main Apple ID is linked to the American store, but my London bicycling maps are only available on the British store. So I maintain two different Apple IDs, and when I update my apps I have to type in both passwords and juggle them a bit.

Your mother may not want the hassle of doing that, in which case you are well-advised by @stuffe to keep everything on a single ID.

I believe it is dependant on the Apple ID that you log in with. The location of this is what decides which store to serve up. If you log in with an Australian or Polish Apple ID, then you should get the relevant associated stores.

To aid in this, don't do any setup that you have to subsequently alter later down the line, so don't install apps on your own ID, then send it over - updates to those Apps will fail unless the same ID is used.

You should be able to set it up as an Indian one from the start, even though you are in the US, if you already have the correct ID set up. Furthermore, Apple now allows you to change your country or region from within iTunes on a computer. It may work for some, but do some research to read if this is a rare event or something you can toggle back and forth at will. 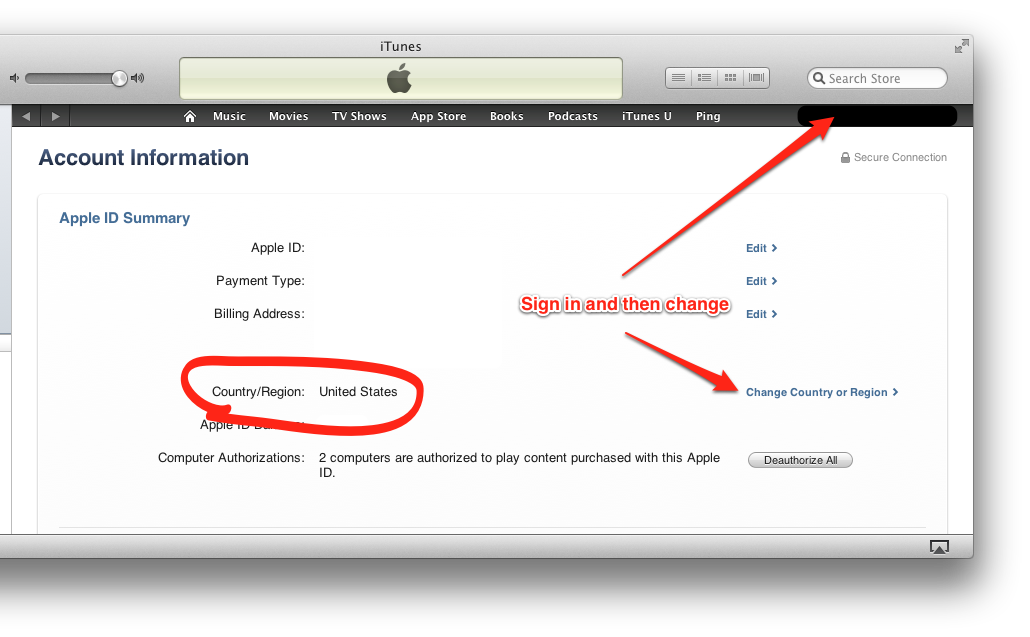 Not the answer you're looking for? Browse other questions tagged ios ios-appstore apple-id .

9
How to selectively enable autocorrect based on language?
2
iPhone 4S to new iPad - iMessage does not work
6
How can I change the currency on the App Store?
1
In-app purchases of an app downloaded from a different country
1
Apple ID password not being requested before installing an app from the App Store
0
Does Apple allow crypto-currency mining in ios app?
1
Change App Store currency
1
Apple Developer Pay Out Currency