On iPad's iBooks, how to make highlighting show up for PDF files?

It seems that on iPad, iBooks, Kindle, or Kobo won't show any user highlightings?

For example, just go to https://developer.apple.com/library/mac/#documentation/Cocoa/Conceptual/ObjectiveC/Introduction/introObjectiveC.html and you will see at the top right corner to download the PDF file. Right click and save it into your Mac or PC, and use Acrobat 10 or Mac's Preview to highlight the word "Objective-C" on the frontpage of the file. We can close and re-open the file to see the highlighting.

Now use DropBox or Box.net and transfer the file to iPad's iBooks (I am using the New iPad (3rd Gen)). (Done by downloading the file and "Open With" iBooks). The highlighting won't show up at all.

This is a simple test... the other document which I highlighted for many pages also won't show any highlighting either.

Is there a way to make the highlighting show

I tried also the Kindle app and Kobo app on iPad and they won't show the highlighting either. 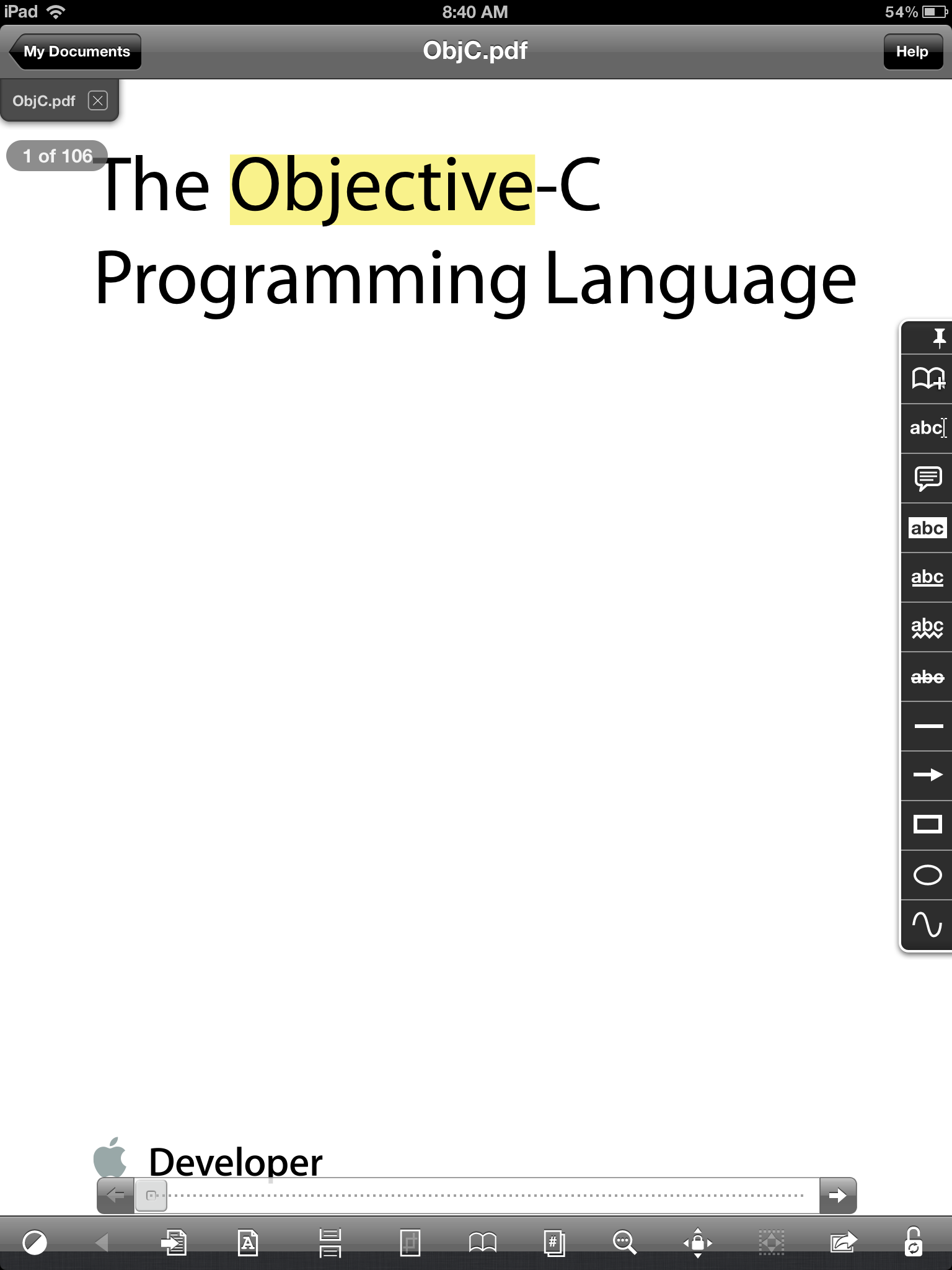 I also tested the DropBox iPad app and PDF highlights do not show up.

Hopefully, Apple will add PDF highlighting to a future version of iBooks. If enough people request this feature at the Apple feedback site, maybe they will add it in the near future.

PDF reader gives highlighting but (1)in iBooks we can get the meaning for the hard words.
(2)pages are separate and gives a pleasant experience. I request the apple to provide highlight in iBooks.

if you download your reading material as an ebook you and open it in books instead of pdf, you can highlight and underline in ibooks. you can also define words and make notes

If you can download the file as an .epub then it shows you your highlighting.

Not the answer you're looking for? Browse other questions tagged ipad pdf books kindle .

1
Can no longer email myself a .epub file and open in iBooks? (used to be able to)
1
On iPad's iBooks, is there a way to sync and download all ebooks purchased elsewhere?
7
How do I create a link on the iPad home screen to a specific pdf?
5
Open iBooks files in other PDF viewers in iPad
3
iBooks: how to sync PDF only?
1
IBooks on iPad: 2-page view for PDF
0
Open safari pdf link in acrobat reader,not in ibooks
1
How can I read PDFs in scrolling mode on an iPad 2?
0
iBooks management of PDF files