What is the connector used by the MBA's SATA drive?

I wonder what kind of connector is used in the latest MacBook Air for the SATA drive.

When I first saw the gumstick SSD drive I thought it was using a SATA Express connector.

But when answering a question yesterday I decided to get a bit more documentation about it and appeared SATA Express along with µSSD is not a released standard yet.

After looking closely at pictures of the different drives I decided to find out. But my MBA is sealed with those pentalobe screws and none of my screwdrivers can get them to move.

I searched more on the net.

Then I saw on multiple websites references to mSATA in the MBA and decided to follow this lead when I found a source I trusted. Until I saw a side by side image of a standard mSATA SSD next to a MBA one : 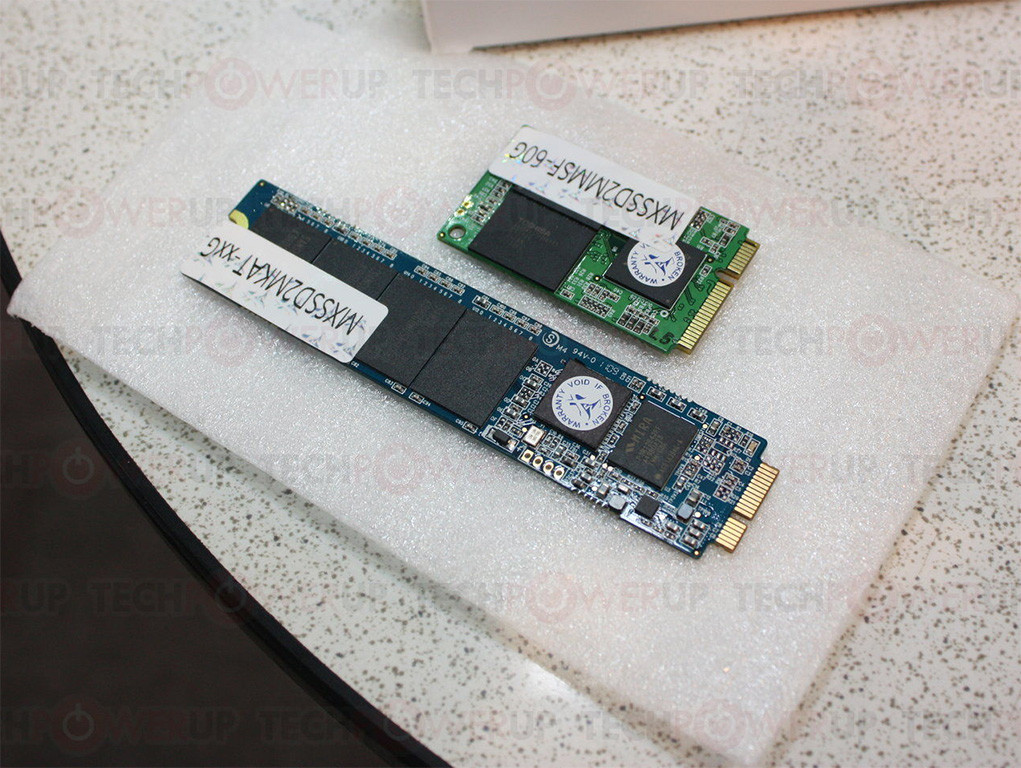 Clearly, it's not a duck... They don't look similar. And if some pins were optional the fact that the other side of the SSD has no connectors clearly excludes any compatibility between the 2 connectors: 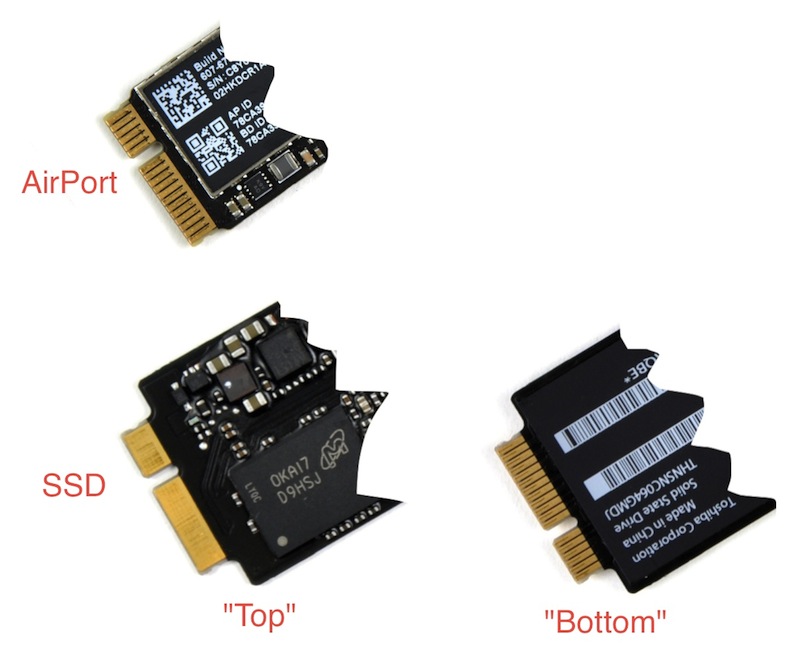 Now if wee look at the motherboard of the Macbook Air we can clearly see the SSD slot next to PCIe slot and how similar they are, if not suspiciously identical:

(SSD on the left, the would be mini-PCIe on the right).

But as mini-PCIe is supposed to support mSATA and these are clearly not compatible, what is it?

Now would it be possible Apple is already using an early SATA Express implementation? Knowing their habits of adding draft implementation of standards (Thunderbolt, 802.11n, OpenAL...) it wouldn't be surprising.

But maybe I'm looking too far, is it a custom connector? Ot are they simply using a native functionality of PCIe?

Does anyone knows what connector is used on the MacBook Air?

It is a variant of Mini PCI Express & mSATA:

Some notebooks (notably the Asus Eee PC, the MacBook Air, and the Dell mini9 and mini10) use a variant of the PCI Express Mini Card as an SSD. This variant uses the reserved and several non-reserved pins to implement SATA and IDE interface passthrough, keeping only USB, ground lines, and sometimes the core PCIe 1x bus intact.[11] This makes the 'miniPCIe' flash and solid state drives sold for netbooks largely incompatible with true PCI Express Mini implementations.

Not the answer you're looking for? Browse other questions tagged macbook-pro ssd sata network .

9
What is the benefit of using flash memory in the Macbook Air?

3
What speed is the SATA controller in a July 2012 macbook pro?
2
MacPro 3,1 (2008) logic board SAS connector: Has anyone "replaced" the stock hard drive backplane?
1
Hard drive enclosure for 2.5" Sata drive
2
Upgrading to SSD on 2010 MBP
6
iMac 27" late 2012 SSD upgrade
2
What should I look for when buying an SSD for an iMac?
57
Do MacBooks support NVMe SSD drives via the use of a Sintech adapter?
2
Does the 2019 iMac use proprietary SSD controllers or connectors?
1
How can I evaluate which SSD adapter is functional with 2013 MacBook Air parts?