Can 'Find My Mac' work while the computer is sleeping?

Is the 'Find My Mac' feature of iCloud supposed to work while the computer is sleeping? I use this feature to check on things every once in a while, as well as show the feature off to other people. Every time I show them though, it always lists the machine as being offline.

I ask too because a 'sleeping' mac does actually wake up every once in a while (in a very low level state), to basically check and update its mDNS/Bonjour config, as well as a few other minor things (I know specifically my iMac does this, I haven't looked on my MBA). I figured that if it was waking to at least check this stuff, it would also propagate to Find My Mac.

Final Update: So after switching around more network configs (and going just wifi), it actually worked worse - I couldn't wake the machine locally either (and this is with wake on network access checked). So I think its either something odd with my setup, or actual machine (I know already wifi is odd on it - I tried a defaults command to enable airdrop, and that didn't work either). My actual issue is due to the machine not being able to wake from sleep.

New Update: So, noticed a few things. Wifi was on, but not connected (nor should it be). I turned it off, and disabled the interface, and it still doesn't wake the computer up on the Ethernet adapter. I just now tested the opposite way, and it actually looked like it worked! Want to try again a bit later to make sure.

Update: I re-enabled Find My Mac, and verified that wake on LAN was active. While it did work earlier on, once the computer actually went to sleep (about an hour later), it never seemed to want to update, until I woke the machine. Is Find My Mac supposed to wake it anyways? Or would Find My Mac while sleeping never actually show its current location until the next wake? As a precaution, I restarted my Mac and Airport Extreme just recently. Also, could this be a port forwarding issue on my FiOS router?

The problem is that that your iMac is not waking from sleep.

Several people have been affected by this and discussed this on discussions.apple.com in these two threads. Both threads have been opened recently and deal with the "Wake on network access" problem in Lion.

It's required for your Mac to wake up because it needs to build up a Wi-Fi connection. Your iMac disconnects from the Wi-Fi in sleep mode. But without a connection to a known Wi-Fi network, Find my Mac cannot locate your computer.

This is what the iCloud troubleshooting guide says:

Does your iMac support wake on Airport network access? Newer Macs can wake up on both Airport and Ethernet access. This is then called "wake on network access" instead of "wake on ethernet/airport access".

If you iMac supports waking on Airport access, disable your Ethernet port. Maybe this will force the iMac to stay connected to the Wi-Fi during sleep and the 'bug' will not occur then. 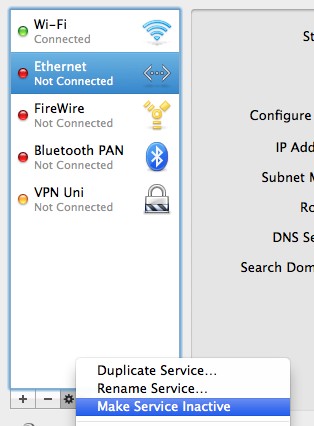 If the Mac is sleeping there is no way for iCloud to locate it and it appears offline.

However, as you noted, you can enable Wake for network access in energy preferences for it to periodically wake and check the network allow remote wake up using and AirPort.

When the Mac connects to iCloud next time, your commands (locate, lock, wipe, message/alert) are sent to it.

Yes it both can and is supposed to work while your mac sleeps, but it's far from perfect in several instances.

Apple has designed the hardware and software to let this specific and many other sorts of network accesses succeed even when a mac is sleeping to save energy.

This system relies on your Airport base station to proxy the incoming requests and wake up the mac when it detects and inbound request to locate, screen share, print to a shared printer or otherwise connect to the mac. Your AirPort doesn't sleep and is there to poke the mac and wake it up.

The two best articles to read up on this are:

In a nutshell, the mac will warn you if you have not set up the hardware to allow the router to wake it up on demand. This is also called "wake on lan" WOL and uses the concept of a "magic packet" that is broadcast to identify the specific machine that is being requested to wake up. Once the mac is set to actually listen for a wake up signal, then it communicates to the router about all of the services that it should be woken up for. This means the mac will wake from spell periodically to check in with the router to re-register as needing to be awoken.

As you can see - there are several components, so this isn't 100% perfectly reliable - if the router reboots while the mac is asleep, you will be unable to wake the mac up until it reaches its next timed interval to wake up and reregister. Also, problem networks and/or hardware can cause this to be less reliable, but I have been very happy with this for the past three years in several sites where I have this turned on.

Now - for the stolen mac situation, this is less useful than Find My Mac on an iOS device. First, the Wake on Demand does not succeed when a portable mac is not plugged in to power or an external display when the lid is shut. Second, the mac could be outside of WiFi access and unreachable. Third, the router where your mac might be sleeping (at a coffee shop for example) might not be an AirPort device or have the equivalent sleep proxy service enabled or even present. In those cases, your mac can not be located while sleeping. Until a data connection is added to a sleeping mac - the iOS devices will be far ahead in locating due to their near constant connection with the network when they are not powered off.

And at long last, many of my macs lost their registration some time between enabling this in Lion and upgrading to 10.7.3. I think the change to the Recovery HD might have caused the service to be looking for the old image and I am now in the practice of testing this monthly for important macs and just deleting and re-creating the Find My Mac registration after each software update that changes the core OS. Not knowing why they drop off, I'm trying to compensate and keep the system working by extra manual labor.

Yes - In the image below it has found mine, even though it is sleeping and has been for the last 12 hours. (sorry planet) Although I caught the screen shot when it was updating the location, but the green dot shows that it was found on both the iPhone app and the iCloud.com web app. 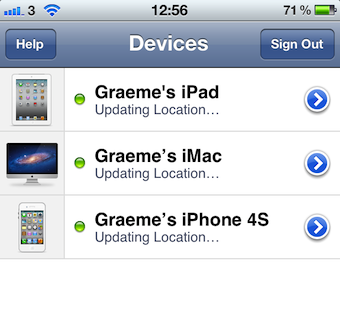 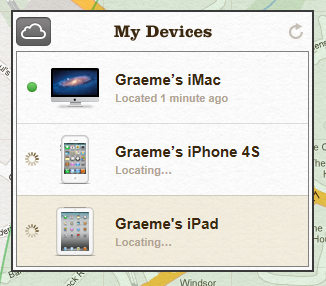 I had the same problem. For me, what was wrong was that Find my Mac (and Back to my Mac) were not working reliably with Lion's low power wake. I disabled low power wake (that is, it now wakes on LAN to full power mode) by adding "darkwake=0" under the Kernel Flags key in the /Library/Preferences/SystemConfiguration/com.apple.Boot.plist file:

send to your iMac signal from "find my iphone". After that it will work properly. Sounds strange but it worked for me.

Not the answer you're looking for? Browse other questions tagged macos imac find-my-mac .

3
Can I turn off my Guest account and still use Find My Mac?
0
'Find My Mac' says that it is already in use, how to fully remove previous configuration?

5
Is there a way to have a scheduled task that will run later if MacOSX is asleep / off at the expected runtime?
3
How can I tell the difference between display sleep vs. computer sleep on my MacBook Air (Late 2010)?
0
'Find My Mac' says that it is already in use, how to fully remove previous configuration?
28
How does "Find my Mac" work, since there's no GPS in a Mac?
8
Find my Mac: "Online, no location available"
4
After sleep, my iMac is very slow to respond for a 45seconds+
1
Can Find My Mac locate laptops that have been wiped?