Is there an app that will let me drag/drop and copy/paste across two Macs?

I've got two Macs sitting right next to each other and I'm logged on to both of them. Is there some app that will allow me to drag and drop across the two of them? Specifically, I'm trying to share snippets of text. I could upload the text to a website or put it into a file and sync it via AirDrop or DropBox, but if there's an app that would "combine" the desktops while allowing me to remain logged in to both machines, that would be phenomenal. Is there such an app?

To clarify, I'd like my two desktops to behave as though they were two "spaces" next to each other on one computer, despite that their both logged in from separate user accounts on different machines. I'm not looking for a file-sharing solution.

The app can do that can do what you want is Apple Remote Desktop. You can drag&Drop files from desktop to desktop and get and push clipboards from and to other computer.

The best set is to have 2 monitors (having the remote desktop fullscreen-ed), so that you can stare at the two computers at the same time. If you don't, you will have a window with the desktop of your second mac.

Another advantage of this solution is to you only have one keyboard and one mouse in front of you. And you can also put the second computer away from your desk. You just need to have it connected to you network.

Another option is Synergy. It let you work with one set of keyboard/mouse and multiple computers (Mac, Linux and Windows).

The two Macs would have to be connected through network to work.

I used this open-source software at work to share a Windows and Linux machine. Copy/Paste of text was an important part too and it worked well.

Maybe it's a bit of an overkill if you're only looking for a kind of shared clipboard but worth a try.

If you're using Snow Leopard or higher. You get Screen Sharing (BUILT IN For FREE). There are some limitations using the Built-In tools. For example, you can't copy and paste files by dragging it. You could use Finder and copy and paste. You can't distribute files to multiple Mac's.

If you need more advanced features then please try Apple Remote Desktop. I've been using it since 2003 and it works great! I do wish that they'd update it for Lion with Full Screen mode

Alright, I'm not sure that this is exactly what you are trying to do, but it's similar and might help someone else that's in a similar situation to yours.

You can use Screen Recycler ($30) along with a VNC application such as JollysFastVNC ($20) to convert one of the computers to be a second monitor for the other one. Even if your video card only has a place to hook up one monitor to it. 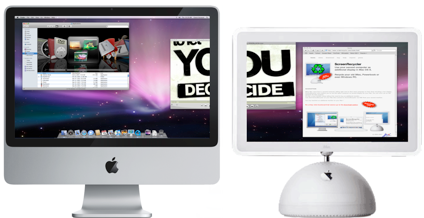 You will be able to:

You won't be able to:

There's a useful help file on Screen Recycler's website that explains how to set everything up.

Synergy was mentioned in another answer; Teleport is its Mac-only cousin, with a much nicer interface and user experience. It has good support for requiring modifier keys to switch machines, clipboard synchronization, file transfers, etc. 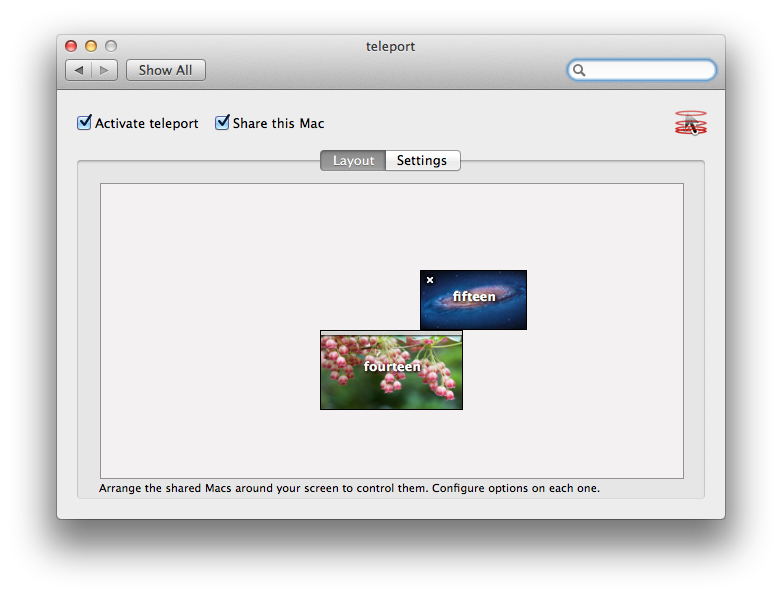 Some applications allow you to cut & paste between two macs.

I'm trying out pthpasteboard which will constantly sync your clipboards. Copy on one machine, you can already paste on the other one!

It also keeps a history of your clipboards.

Not the answer you're looking for? Browse other questions tagged lion macos sharing remote-desktop .

1
Is there a way to sync Lion's Reading List across two or more Macs?
2
Lion drag and drop with trackpad?
28
How to unlock a Mac that's been locked with Apple Remote Desktop's “curtain” screen lock
3
Apple Remote Desktop (ARD) 3.7 - how to drag n drop copy files from local to remote
4
Umlauts and Copy and paste
0
How to distinguish between multiple AirDrop connections?
4
How can I access the same account (and files) from either of two Macs?