What is the benefit of purchasing a Mac formatted External Hard Drive?

I have seen in shops that you can buy external Hard drives in both Windows and Mac format.

I was under the impression that an external Hard drive will work across both platforms, however having seen this and the fact that the Mac formatted one was £20 ($32) more expensive for the same capacity. I wanted to know what the difference is and what the benefits of a pre-formatted hard drive were.

It's probably no different hardware-wise, just already formatted for the Mac. There's a whole pile of people who still think Macs need special everything, so the companies take advantage of that to fleece them out of an extra £20.

EDIT: I guess I can think of one good reason to buy a pre-formatted "Mac" drive: if the user is not someone who is comfortable formatting disks. On the other hand, Disk Utility is sufficiently straightforward I've walked my parents through formatting drives a couple of times over the phone, so I wouldn't waste the money.

There is no benefit to purchasing a Macintosh formatted drive because it is trivial to reformat the drive yourself using Disk Utility. 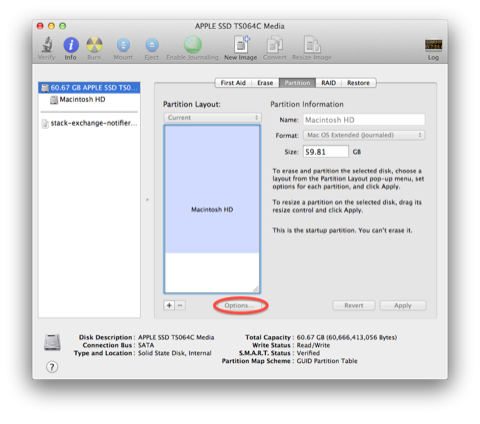 None to any user who knows how to format it with Disk Utility. Its just a marketing method to justify a slightly higher cost. Now if you plan to plug it into a Airport Extreme as a external hard drive and don't have a Mac in the house to format it, then it has value.

It is interesting to note that Hard Drive Manufacturers use the correct meaning of "Gigabytes" when referring to hard drives, and not what most people think of as a GB which is actually a Gibibyte:

Since Mac OS X also switched to this "proper" definition for storage units such as Gigabytes as of Snow Leopard, then the size of the drive as mentioned on the box is more likely to be accurate when formatted for a Mac Partition than for a Windows Partition where your usable space seems "lower".

Note that all this is just so much technical drivel, your actual space available is the same on both, it's just that from a marketing perspective the given size will be correct on Mac as they have a common understanding of what a Gigabyte is, and incorrect on Windows which uses the commonly misused Gibibyte structure on it's filesystems whilst users incorrectly assume it is measures in Gigabytes.

Technically manufacturers should use GiB not GB when marketting and packaging their drives, but they don't/won't, and use Gigabyte which they know practically everyone uses incorrectly.

So, to make this a valid answer, the benefit is to know accurately the size of the drive you bought, and not have it magically shrink when you use it.

It's a dumb tax from the manufactures plain and simple. As mentioned above for anyone not comfortable with formatting their own drive.

Another thing to note FAT32 has file size limits (2GB per file) which is why if you're not comfortable with formatting a drive on OS X it might become an issue with the size of files some things create in OS X, video being the biggest culprit.

I would add that sometimes the higher price comes from having on board firewire vs. USB connections. That's about the only reason I'd consider paying more for the hardware. Like @jaberg said - re-partitioning (as well as formatting) using Disk Utility is the way to go.

You get the privilege of paying a bit more for the same thing to keep a Mac-friendly vendor alive.

This might be useful in terms of tech support: if you need to call someone who advertises "Mac formatted drives," you're probably more likely to get Mac-knowledgeable help.

There are some advantages of the HFS+ journaled file system that Apple uses. It works better with the Mac OS, so if you are not sharing the drive with wintel machines, go with the Mac format.

I am currently attempting to format a Western Digital 4 Tb drive, but because of the default Windows settings, the drive appears in Disk Utility as a 2 Gb drive. I cannot seem to find how to rectify the situation -- the WD documentation for the Mac is terrible! Maybe it is a jumper setting of some sort. This might be a reason to go with a drive that is already formatted for Mac, even apart from Firewire ports and all that.

I am a longtime Mac user and have reformatted tens of drives in my time, so normally I would say just buy a generic drive and reformat it. But this WD experience is annoying and it is related to Microsoft's 2 Tb limit. We all end up paying for their mediocrity and lack of foresight. Dead time.........

So if you are a mac user, you might spare yourself some headaches.