I have a limited 3G plan on my iPhone 4S and I also have iTunes Match service.

In order to keep the phone from downloading songs from iCloud, while under 3G connection, I had set 'Settings>Store>Use Cellular Data' to OFF. This seemed to work just fine until I downloaded the iOS 5.1 update.

A couple of days ago I was surprised to find that while listening to shuffled music, I had ran out of credit because the Music App had been fetching songs from iCloud using 3G, even though the Setting was still OFF.

I've been forced to turn off my 3G every time I want to listen to music on the go, which is really annoying.

Is this a known bug? Is anyone else experiencing the same problem? Is there a fix?

You need to turn off "Use Cellular Data" in the "Music" section in Settings. Then, when you go to play a song from iTunes Match when you're on 3G, it'll give you a message saying you need to be on Wi-Fi. 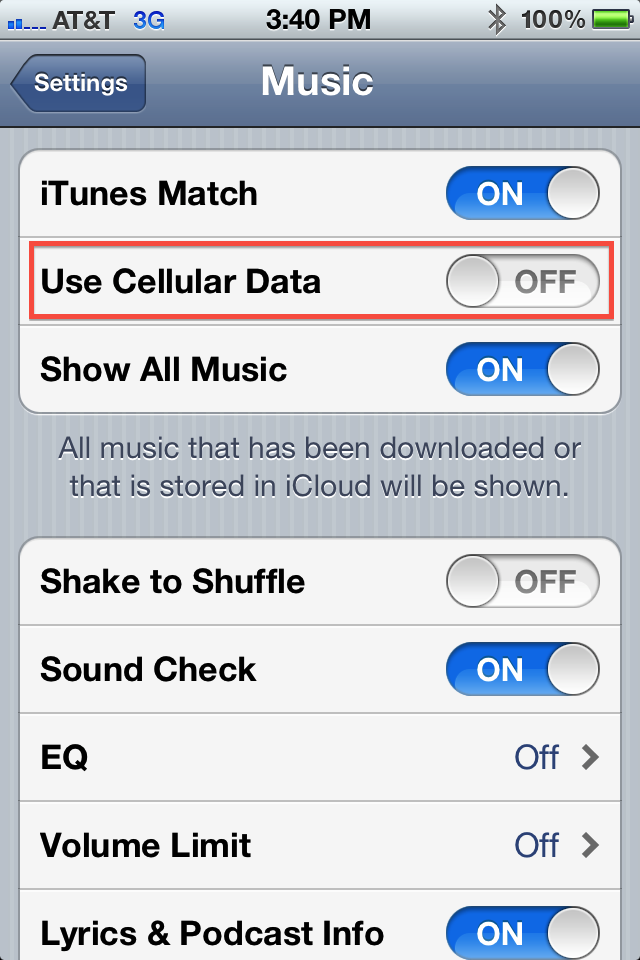 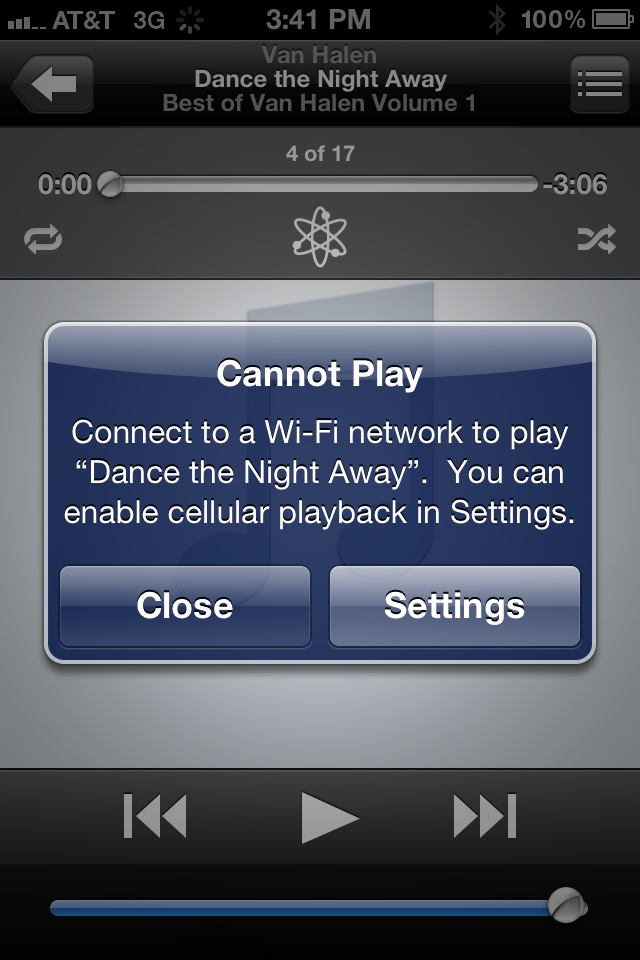 Not the answer you're looking for? Browse other questions tagged icloud music iphone ios cellular-data .

3
How do you download new songs when "Show All Songs" is off?
1
iCloud won't transfer manually added music
1
How to prevent my iPhone from downloading music when using cellular data?
8
How do I prevent Music app from using 1 GB of cellular data in less than 10 minutes?
3
Why does iPhone Music app show me "Apple Music" logo instead of my iTunes songs?
0
Help! After signing up for Apple Music, 'Media Services' on iPhone is gobbling up all my cellular data despite my settings to not use it
1
Unable to download or stream purchased song from iCloud Library
0
iPhone SE says "connect to wi-fi or cellular to play music" when I AM connected to cellular