How can I move files to different Dropbox folders on my iPad?

My specific need came from using a plaintext editor (Plaintext, although the issue is similar in IA Writer, Byword, etc.) where I can create new folders to organize my .txt docs, and I create new docs in them, but I can't move existing ones into or out of folders.

So I thought, surely I can switch over to the Dropbox app, move the files to the desired folders there, then come back, but that's not the case. There's not even a move function in the Dropbox app.

Is there some way on an iPad to move a file in Dropbox to a different folder in Dropbox (that doesn't involve logmein or some other VPN app that lets me access my Mac)?

There is a move function within the dropbox app. Go to the folder that contains the file(s) you want to move and click on the check icon. 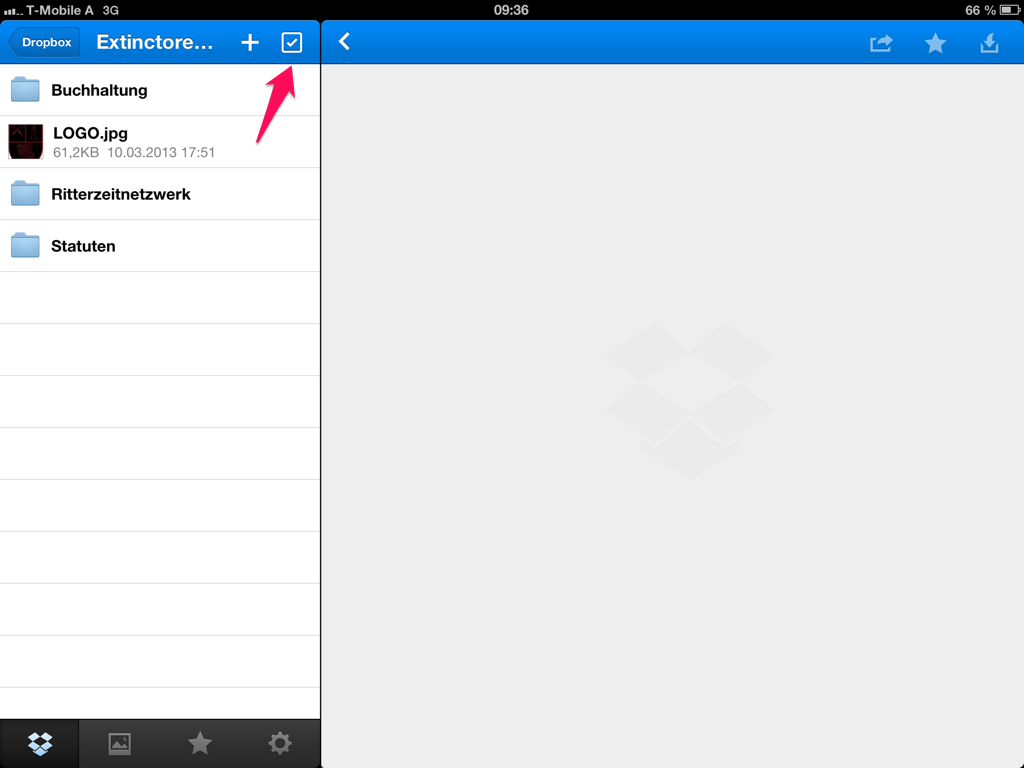 Select the file(s) you want to move and click on move on the lower right corner. Now a new window will appear. Choose the location where you want to move the file and tab the choose button. 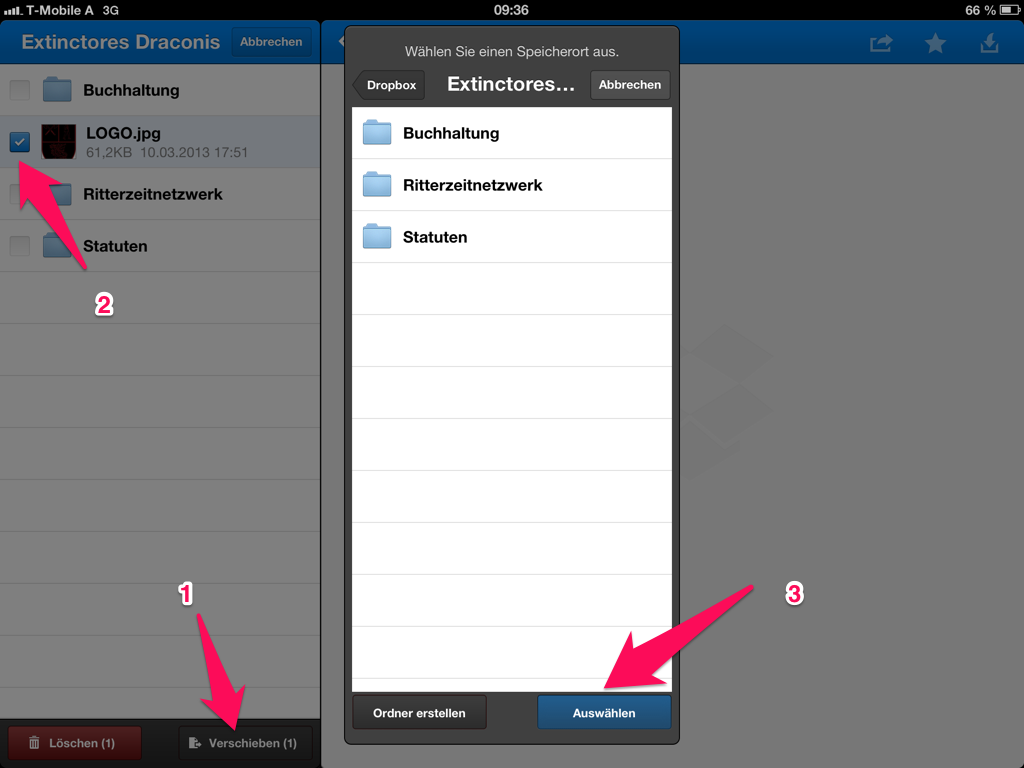 Goodreader can do this easily. It is the swiss-armyknive for filehandling on the iPad and it supports a large number of storage servers.

CousinCocaineCousinCocaine
9,6221111 gold badges4848 silver badges7272 bronze badges
Add a comment  |
-1
Want to improve this post? Provide detailed answers to this question, including citations and an explanation of why your answer is correct. Answers without enough detail may be edited or deleted.

Okay I am using an apple macbook and this is the best video for that https://www.youtube.com/watch?v=nuTH4qVqUhk

15
How can I get files on my iPad into my Dropbox?
0
Streaming music from dropbox to iPad
2
Efficiently organize 100s of externally stored ebooks within iBooks for iPad without doing it manually in collections?
1
geolocate iPad via Dropbox activity
8
Can the iOS Dropbox app download all contents of all folders to my iPad?
4
iPad DropBox client side encryption
0
How to change photo upload size in Dropbox iPad app
0
How do I get .wav files made on the iPad into dropbox?
2
How can I force Dropbox to Sync files