How to print on Big Sur/Monterey if the printer doesn't have drivers for the latest macOS?

The printer I am about to purchase is HP Ink Tank 115 and its macOS driver only supports up to 10.15. It doesn't have AirPrint or wireless functionality.

The salespeople at the shop told me they had customers having issues printing on Big Sur.

Any other suggestions are welcome. Thank you!

"Any other suggestions are welcome."

The very best answer I can give you is: don't buy a printer that doesn't support Airprint.

CUPS printer drivers and backends are deprecated and will no longer be supported in a future feature release of CUPS. Printers that do not support IPP can be supported using applications such as ippeveprinter(1).

A more detailed explanation can be found here: https://www.cups.org/blog/2018-06-06-demystifying-cups-development.html

In short, IPP Printing (of which Airprint is a type) is the future of printer connectivity. Printer drivers in their existing form are an old technology that is being phased out.

However, the reason for drivers not working in Monterey is that HP uses kernel extensions in its drivers, which are no longer allowed.

It's likely that Windows too will introduce some red lines on older device drivers, due to security problems.

While there might be some merit in extending the life of an existing purchase, buying a printer that does not communicate with your computer natively is no bargain.

In fact, it looks like the printer itself is discontinued. (Currently not listed in UK HP on-line store.)

When even the sales-staff are warning you off the product, that should tell you something.

This answer demonstrates how to install the driver for your printer using the Mac operating Big Sur. The version of macOS used in the answer is 11.6.1. This answer was also tested using macOS Monterey 12.1 with success. However, the procedures and results were slightly different.

When a HP printer is added to the list shown in Printers & Scanners pain of the System Preferences application, the driver chosen by default may not be the newest of the available versions. A newer driver version may be obtained by selecting the driver while manually adding the printer.

I do not have a HP Ink Tank 115. To provide this answer, I will instead substitute an HP Office Pro 8600. Normally the printer would be directly connected to my Mac. However, this would require moving the printer, which I am not will to do in order to answer this question. You can connect your HP Ink Tank 115 to your Mac through a USB cable. I will access the HP Office Pro 8600 through printer sharing with a 2011 iMac named Marlin. The 2011 iMac is using macOS High Sierra 10.13.6

I started by opening the Printer & Scanners pane of System Preferences. Next I selected the + button to add a printer, then highlighted the Officejet Pro 8600 @ Marlin, as shown below. 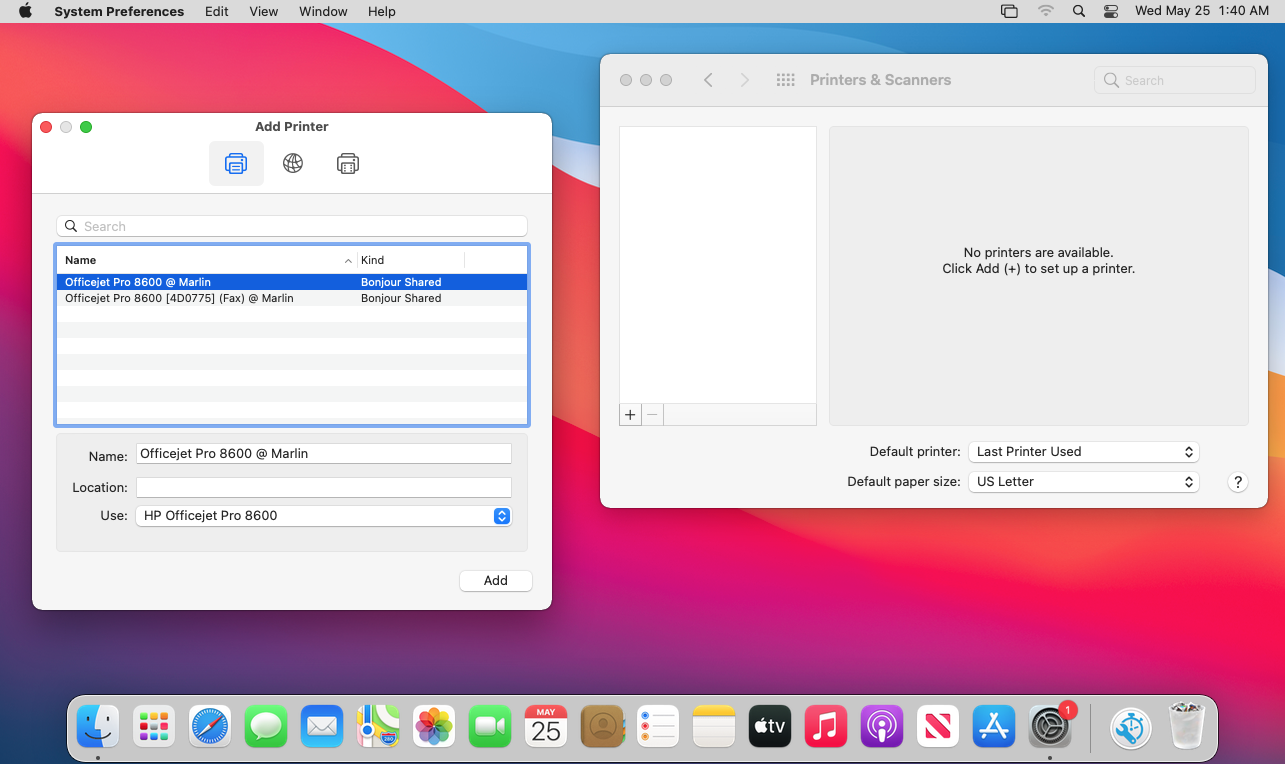 I chose Select Software... for "Use:" to cause the Printer Software popup to appear, as shown below. Note, the Office Pro 8600 was not listed. Therefore, if I added this printer, the driver from 2011 iMac would have been used. I desired instead to get the driver from HP. At this point, I closed all windows. 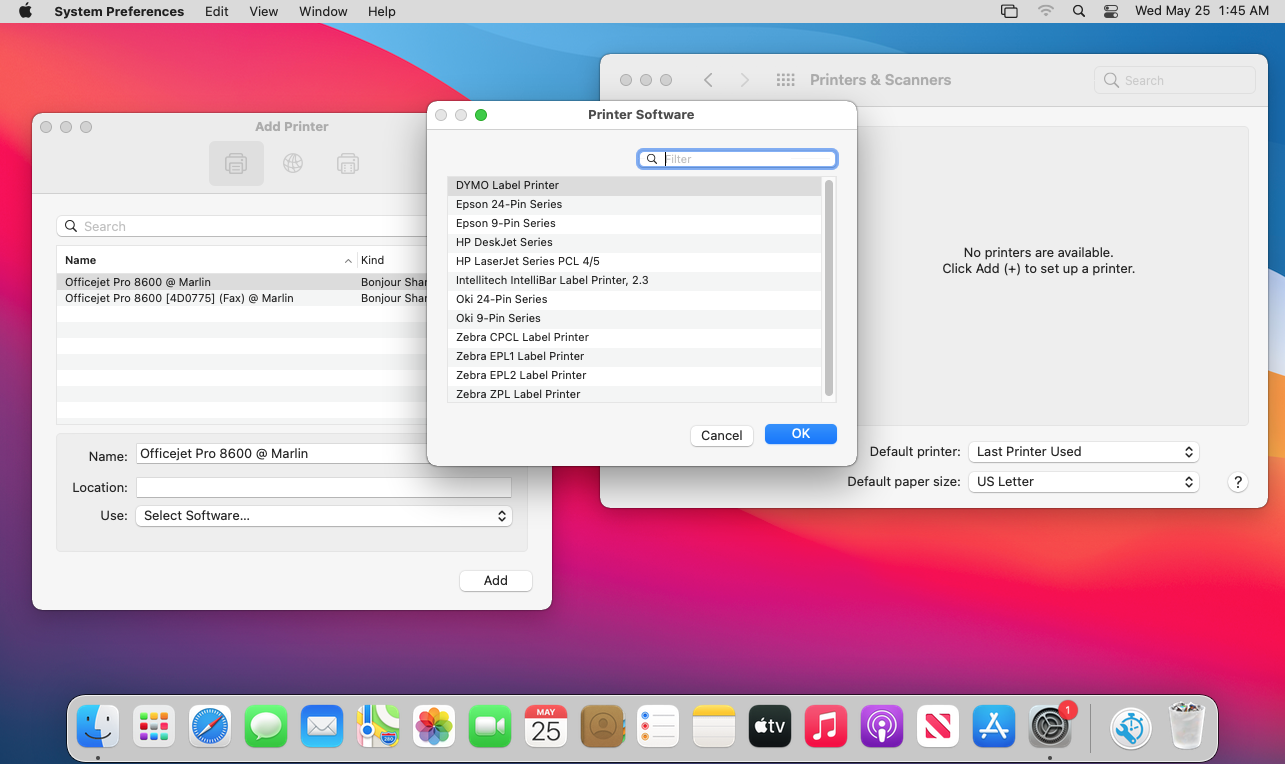 By going to HP's websites, I can determined that I needed download and execute the HP Easy Start application version 2.13.0.220124. Conveniently, the same download is specified for the HP Ink Tank 115. You can confirm the download is the same by going to the link in your question and changing the selection from macOS 10.13 to macOS 11". The link to download is titled "Install HP Easy Start".

The following list of items pertain to the execution of the HP Easy Start application.

The printer driver version can be determined by first opening the Printer & Scanners pane of System Preferences. Next, highlight Officejet Pro 8600 @ Marlin in the Printers list, then select the Open Print Queue... button. Finally, select the setting (gear) button to view the driver version under the General tab, as shown below. The print driver version is 4.1.1. 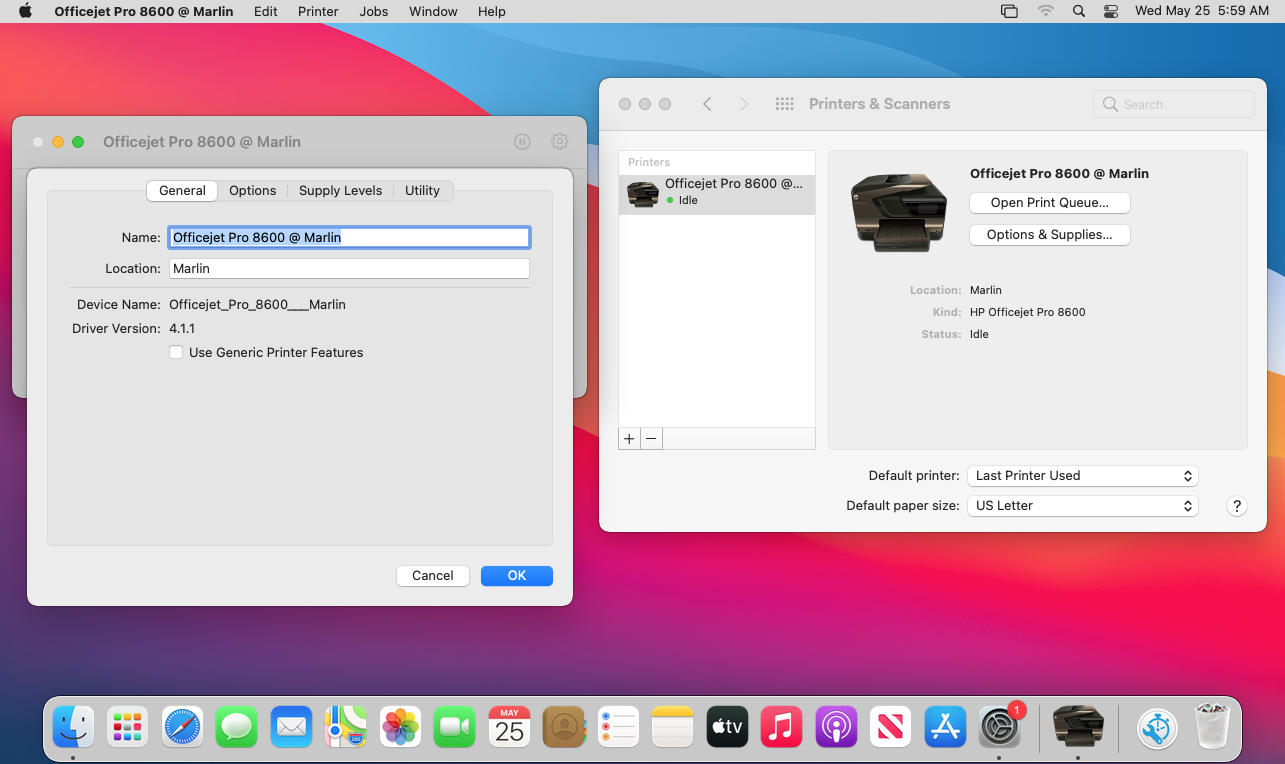 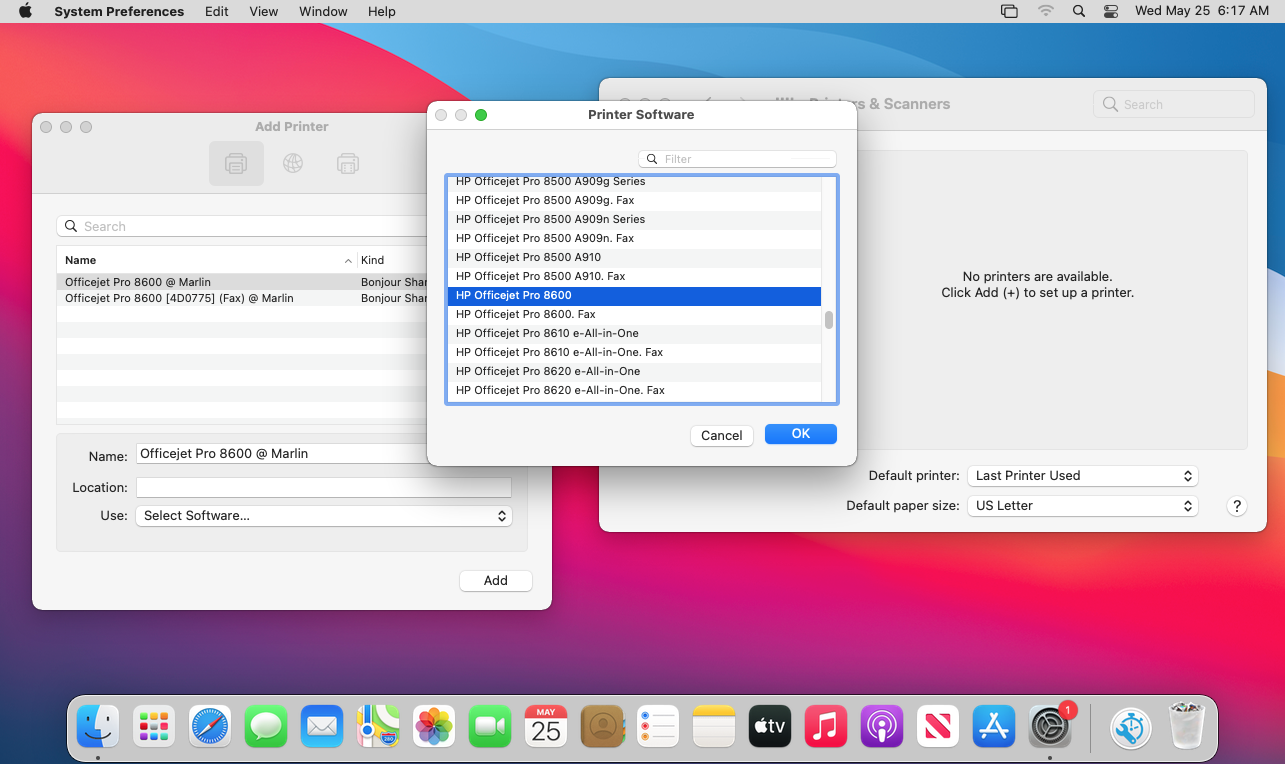 The image below shows the version of the print driver is now 4.7.0. 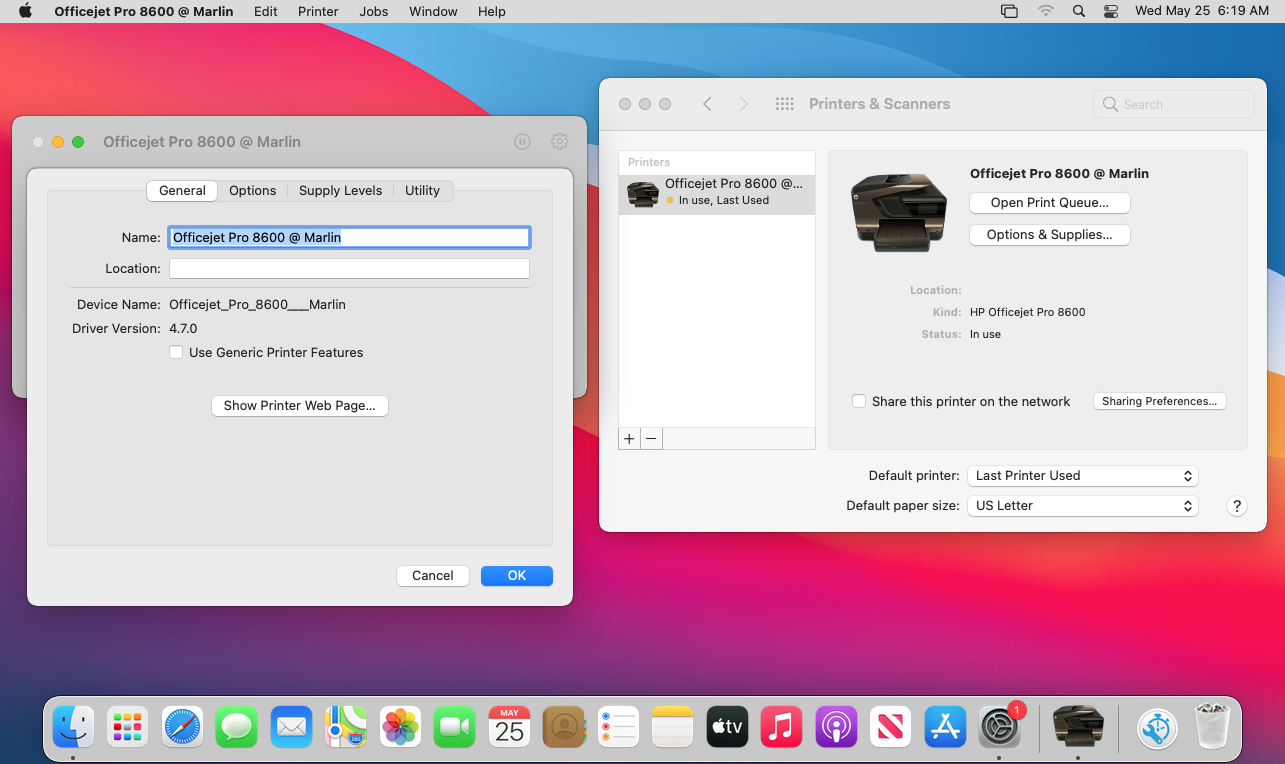 In answer to the the questions:

And I will add:

I use VMware Fusion (free) rather than Parallels with a High Sierra virtual machine for a Canon scanner. Similar to your problem with a vendor who doesn't update their software.

If you already have Parallels and Windows, that would be your best solution.

Not the answer you're looking for? Browse other questions tagged bootcamp printing parallels-desktop driver .

2
How to update all the drivers to latest version(bootcamp)
0
Printer Drivers for old models of Samsung, Xerox or Dell printers ( like Samsung ML-1520)
6
How to transfer printer drivers from one mac to another?
6
How do I get a printer to work on the new MacBook Air M1?
1
My Brother printer not working in macOS Big Sur(11.3.1)
1
Unable to install printer driver for HP1606DN printer on Big Sur