How do I get back the input source flags on my menu bar?

I just upgraded to macOS Monterey 12.4 and now the flags, primarily the one for the current input source, is gone from the menu bar and was replaced with a country code.

I find the colored flags much easier to work with, also when quickly switching between inputs via a shortcut. How do I get back the flags? 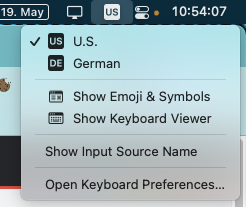 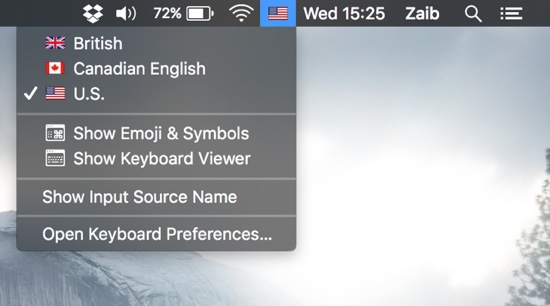 One way to do this is to make a custom keyboard layout with Ukelele. It lets you add any icon you want to a keyboard, but also includes in the Resources folder in its download some .bundle files which have a number of the former layouts with their flags.

To install those layouts, put the .bundle file in Home/Library/Keyboard Layouts. To get to Home/Library, do Finder > Go while holding down the Option key.

If you need the Ukrainian layout with flag, try this.

Other apps devoted to solving this problem include Keyboard Switcheroo and Colorful Input Menu Flags.

I have not seen any official Apple notice regarding this change, which occurred May 16, 2022. Of the more than 100 keyboards in MacOS, already more than half used the country/language code type format instead of a country flag. It's possible that recent requests to decouple Russian script input from that country's flag led Apple to decide to move totally to this format.

This change may be a direct result of a companywide effort not to denote languages using country flags on Apple’s part.

I'm the developer of YouType. It shows the current indicator in the status bar as flags. I'm happy to suggest you try it. 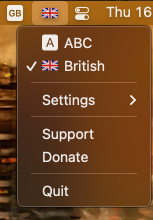 I encourage you not to use bad practices. Flags are not languages. It might work in your specific case, but in general, it does not.

There is even a web-site dedicated to this problem www.flagsarenotlanguages.com.

-2
Where do I find the language icon change mention that happened in macOS 12.4 upgrade?

1
How to get back the "Login Window..." icon in the menu bar?
1
How to change the input source to different language with shortcut (only one key combination)?
0
How to select keyboard input file for Add Input Source
2
How to get current input language of the input source
2
Activate Emoji & Symbols and Character Viewer independently
0
Universal keyboard shortcut for searching/exploring on macOS, similar to Ctrl+E on Windows
0
Change default keyboard input source
0
Cannot find the option "Allow different input source for each document"