It all begun when my factory Seagate Barracuda started clicking. I knew the end was nigh for my beloved iMac 27" 10,1. I then watched some tutorials, did some research and realised I could do this and upgraded it with a fantastic OWC Mercury Electra 1 TB SSD kit.

Results were great, honestly feels like a new computer. Addicting I would say. I had 8 GB of RAM and yesterday I maxed it out with four 4 GB Crucial DDR3 modules. 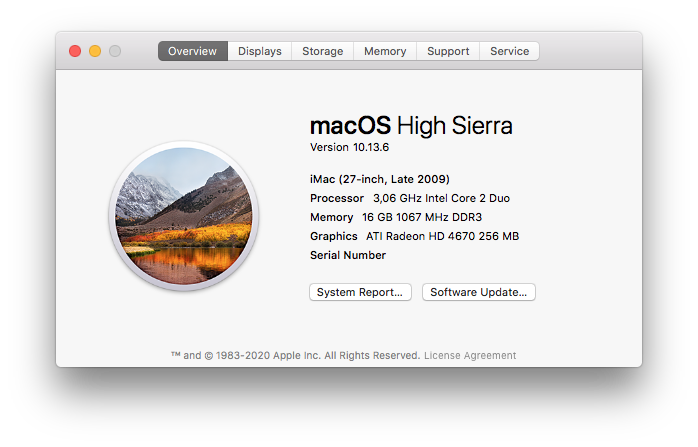 Honestly, I watched a couple videos and read the official Apple Technical Guide about removing the logic board and I feel I might be pushing my luck a little bit. Especially all those cables, I have this crunching feeling that I could snap something that sat there undisturbed for 13 years. And removing that infrared receiver behind the front Apple logo... simply scares me.

But on the other hand, I could officially max out the specs for a 2009 machine! The thrills! The excitement! Not to mention giving a good cleaning inside, renew the thermal paste, change the CR2032 battery (what is it used for anyway?)... I cleaned what I could during the SSD surgery but there is room for more by removing MOAR.

Cheers for any input!

The RAM and SSD upgrades are the most useful upgrades you can make, in terms of % improvement, cost, and ease of task.

The replacement is still just a 2-core CPU (Wolfdale, 45nm, August 2008), with a Geekbench score of 456/798. OK, that's up from 380/672, but in the 'real world', you're unlikely to observe the 18-20% gain that the figures suggest. There are still bottlenecks from the lack of more cores, disk speed, RAM speed and the bus that joins them all together.

You're also running an OS from 2017 for which your Mac just makes the cut. If this upgrade allowed you to run a later OS, like with some CPU upgrades for Mac Pros, then that would be a different story.

The question is, how many more years do you think you can usefully get out of this Mac? High Sierra is already below minimum requirements for a lot of new software. How long before your Mac unable to cope with things like modern web standards, peripheral connections, even Wifi connectivity, as the minimum spec draws up?

It will keep working, of course, and you continue to use it until something breaks. But don't expect it to do more.

Not the answer you're looking for? Browse other questions tagged imac upgrade cpu logicboard intel .