I have two external Samsung X5 2TB Thunderbolt 3 SSDs. Both of them work fine after I reformat them. But when I delete files (and empty the recycle bin), the space on them does not increase. In order to get space back, I need to empty it, reformat, then rebuild up files on it.

So far I have tried the following:

What could be causing this? I am running MacOS Monterey on an M1 Max laptop. 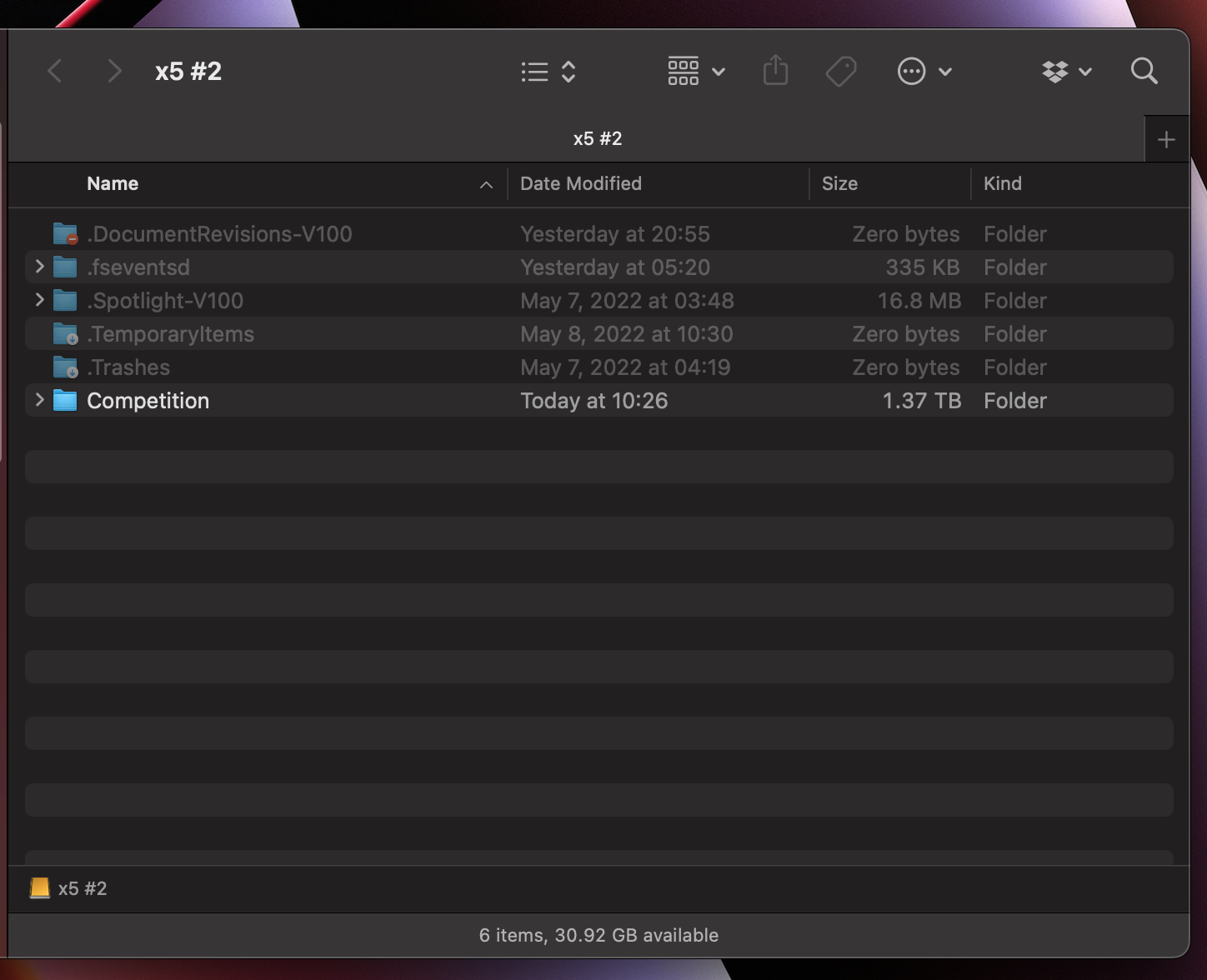 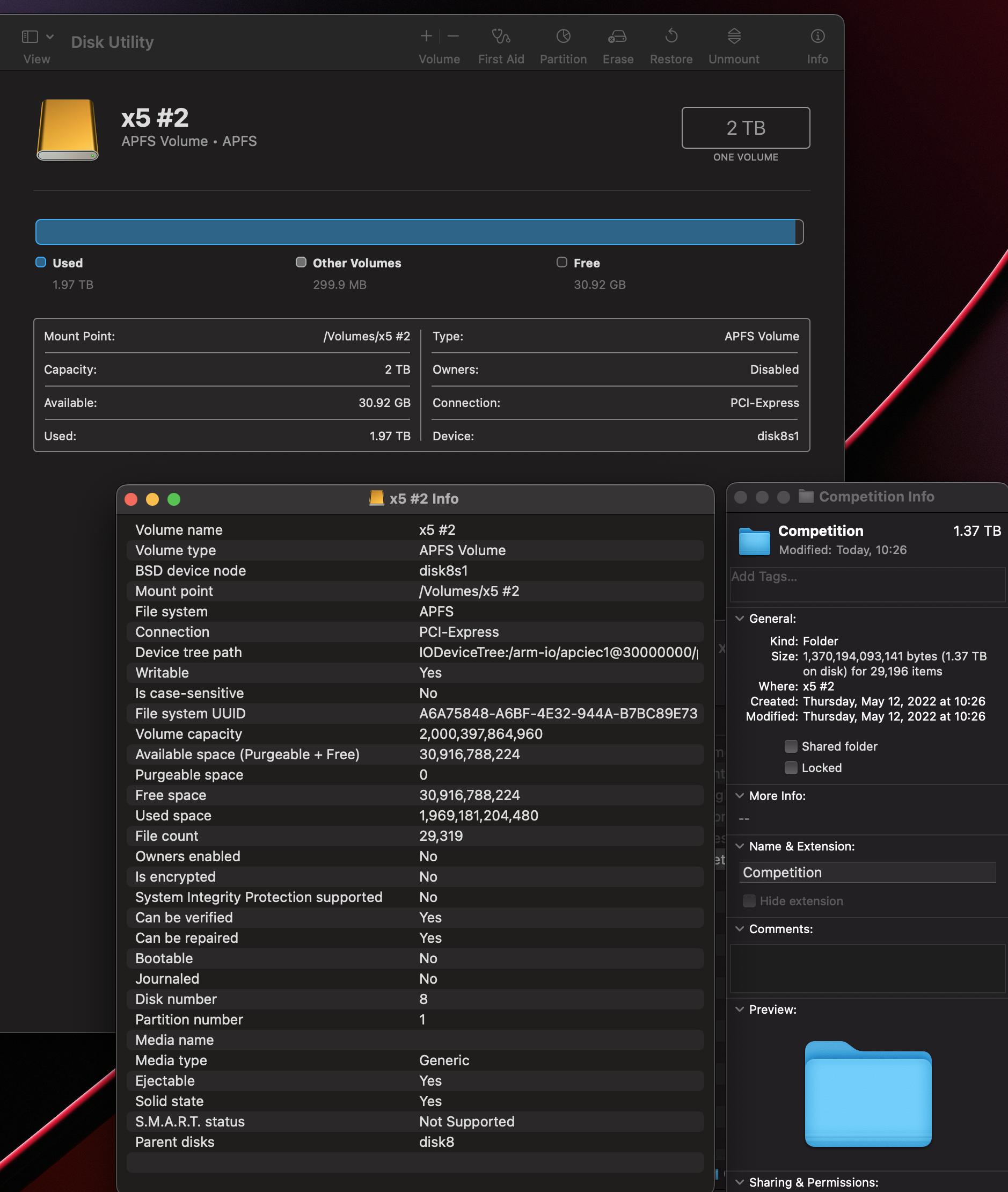 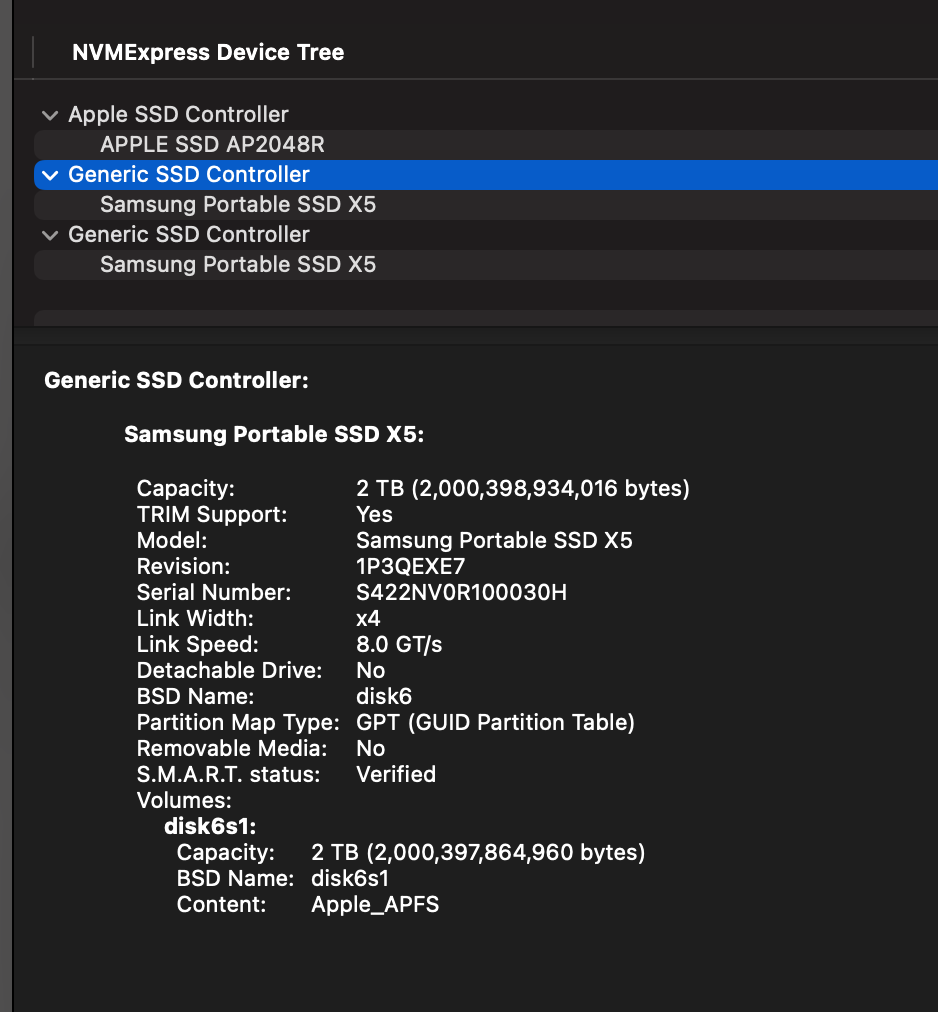 APFS disks do not release the space for deleted files immediately. The files will still exist in an APFS snapshot, which records the state of the disk at a point in time.

Snapshots will be deleted after 24 hours; or after the disk is backed up by Time Machine. The space may be recovered by the file system if needed for new files.

will list all the snapshots stored on the drive.

However, the snapshots' size is usually shown as "Purgeable", so I don't know why you're seeing Zero Purgeable space.

Just to update this, I tried reformatting as HFS and it does work to delete and recover space. I'm still not sure why APFS is jacked up on these particular Thunderbolt3 SSDs (the same problem is not happening on my internal SSD, other external SSDs, etc) but it doesn't work.

Not the answer you're looking for? Browse other questions tagged hard-drive disk-utility ssd thunderbolt .