I recently switched out my old Seagate Barracuda HDD for a OWC SSD 3G in my late 2009 iMac 27", fantastic results.

But when restoring from a Time Machine back up made just minutes prior opening the iMac, I faced many issues, namely files were just half restored, permissions were broken and so on.

I then started from scratch with a brand new High Sierra, but now my Time Machine disk is basically unusable: it sort of shows in Disk Utility: 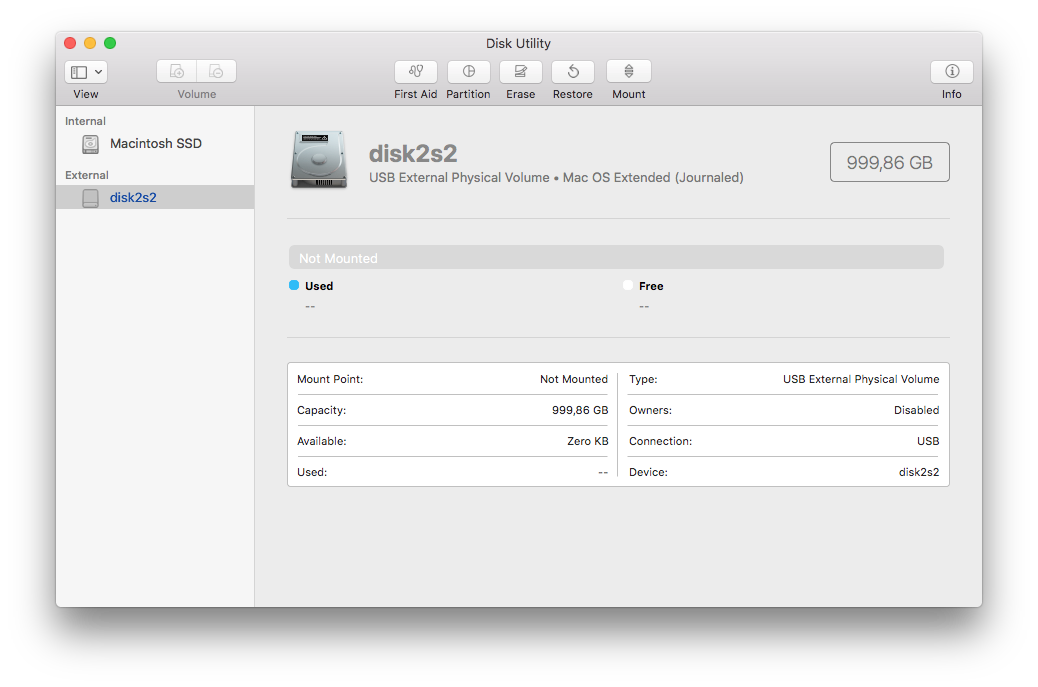 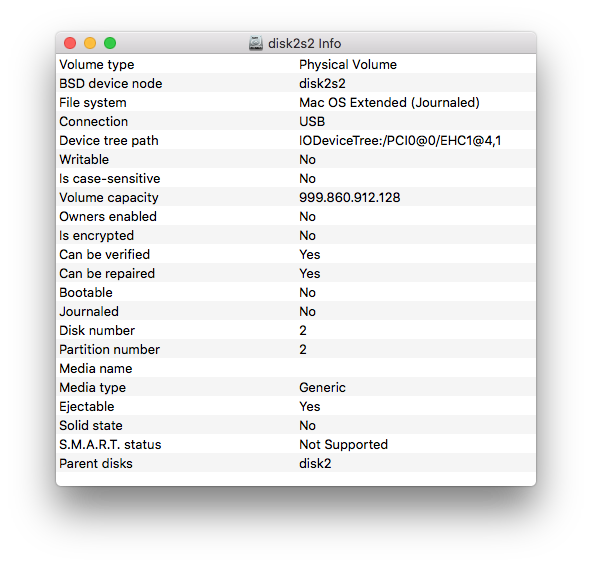 But it is not really accessible. Time Machine sort of sees it (by Option-clicking it), but most of the time, does not allow to browse it. When it does, it is super slow and eventually auto eject itself.

I also managed to briefly see it in Finder and manually browse the back-ups, but again, it hanged and eventually ejected.

Now I can not seem to be able to browse it anymore, it just shows in Disk Utility as pictured.

Additional info: Time Machine restoring was attempted after High Sierra was patched to the latest version, to match the back-up version, via Migration Assistant. I tried all the 4 different USB iMac ports. The drive is a portable Toshiba 1 TB USB 3.0 which served all its life as a Time Machine back-up and was never really needed. Well, until now.

I suspect restoring was broken since I switched to APFS for the new SSD while the back-up was in macOS Extended (Journaled)?

Last night, by randomly running First Aid on it, it started to show on the desktop. I then proceeded in moving some files but behaviour and speed were inconsistent: sometimes files would just transfer quickly and fine, other time slowly and ended in an error.

Now the disk is not mounting again, shows another name in Disk Utility and does not First Aid. Any suggestion is appreciated. 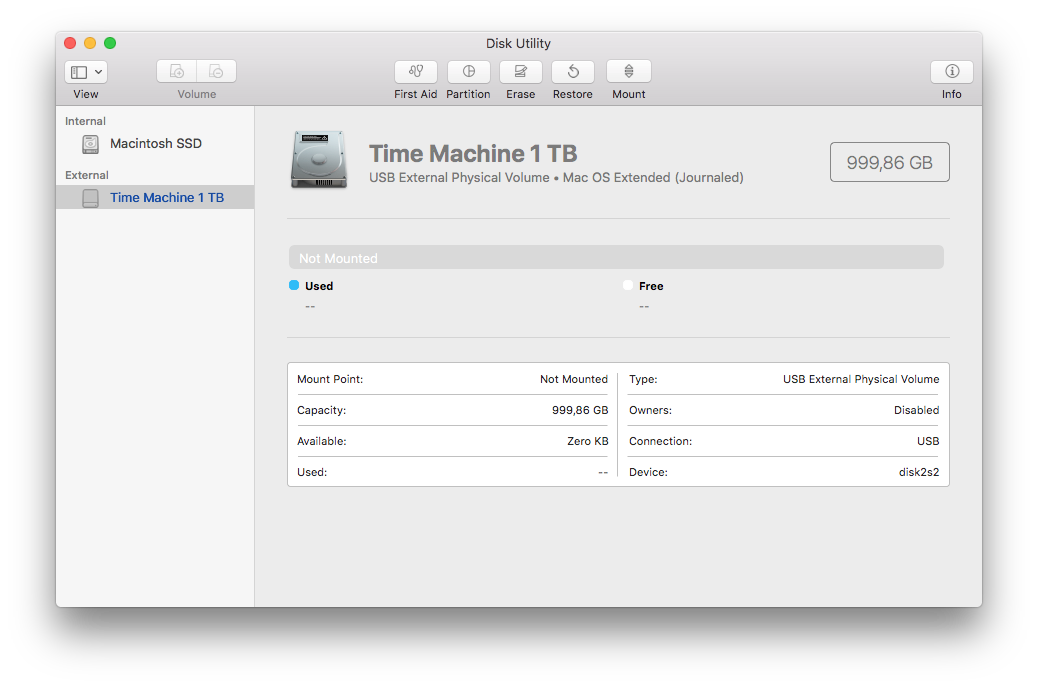 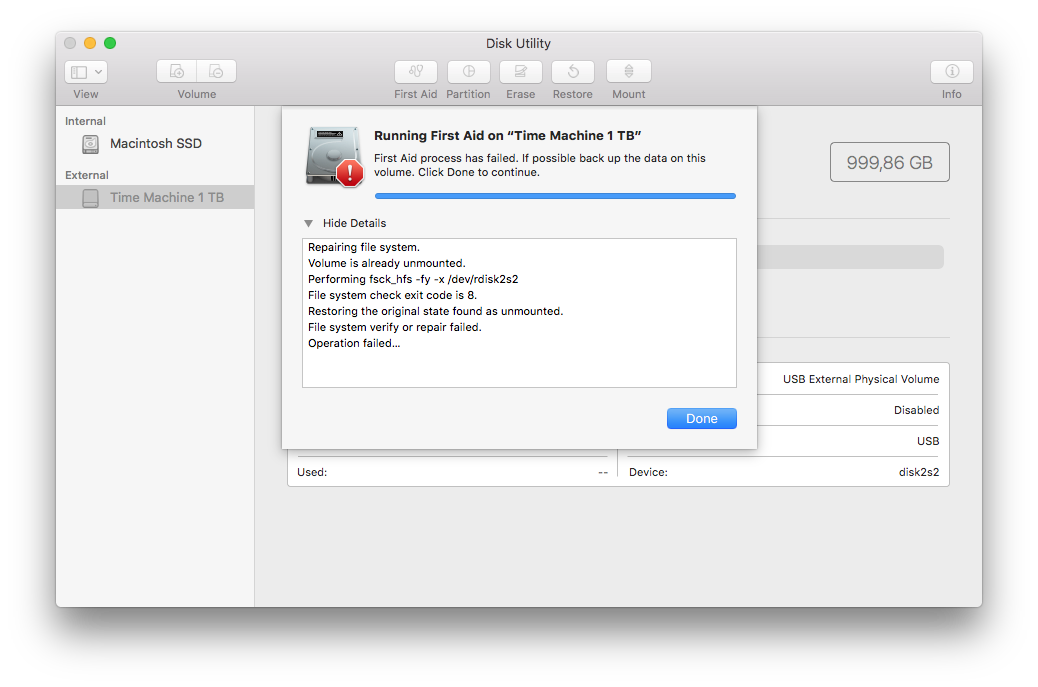 I have noticed that when copy is interrupted, I get error code - 36. I researched it and tried to dot_clean via terminal but no luck, error came up again on the same files. Size seems unimportant, it came up with an image file of a couple MBs and with a video file of 3+ GBs.

Nevermind the inconsistent mounting of the hard disk, by insisting/sheer luck it eventually shows in Finder. Now my objectives are:

hard-drive backup time-machine disk-utility imac
Share
Improve this question
edited May 9 at 10:26
EVR
asked May 7 at 13:10

Well, I have no idea why but by just insisting and transferring files via Finder (not the Time Machine interface), I eventually made it.

I just lost 1 series, 1 movie and a folder with 32 screenshots, no matter what they where always bring up error -36. Not too bad for over 500 GB of data.

My advice is, if you are in a similar situation, try to run First Aid on it, use Finder, just have the patience to transfer one file at a time to identify files that will be throwing the error and drop them, they will never copy correctly.

I will then erase this disk and set it up as a new Time Machine.

Not the answer you're looking for? Browse other questions tagged hard-drive backup time-machine disk-utility imac .