How can I stop Mac Automator using previous specification for my actions?

How can I stop Automator using previous specification for my actions?

I’m going crazy with Automator. I have three folders : Deployed, Draft and Live.

In both folders there is a Public folder: 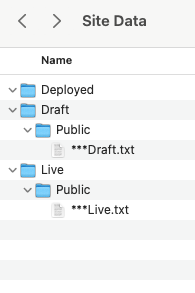 Here is the set of actions:

Here is the result, with the Draft being copied to Live, as I wanted, BUT with the renamed Public folder from Deployed also being copied back to Live : 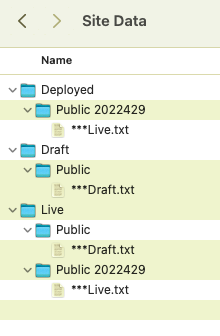 Can someone put me out of my misery? How to I stop it using the previous specification? Is there a clear option for memory or another approach - I have tried many.

Each action passes an output to the next item. So your action to Rename Finder Items will pass its output on to the next action.

You need to check "Ignore this action's input" when you Get Specified Items for the second time.

Not the answer you're looking for? Browse other questions tagged finder applescript automator folders .