How to make ' and < map to the right keys (force change from ANSI to ISO)?

My separate keyboard (a Das Keyboard 4 Ultimate with ISO layout) has, to my chagrin, a different and erroneous keyboard mapping than the MacBook's built-in (also ISO).

The biggest annoyance is the different mapping of the ' and < keys.

The built in laptop keyboard is like so (Norwegian locale, ISO layout):

While the separate keyboard behaves like so (ANSI layout):

This is not the correct layout. E.g. the Enter/Return button is wrong (1 row). It should be like this (again ISO layout):

Note that the Enter/Return button is 2 rows high here.

Unfortunately, the Mac setup does not fully recognise the keyboard: 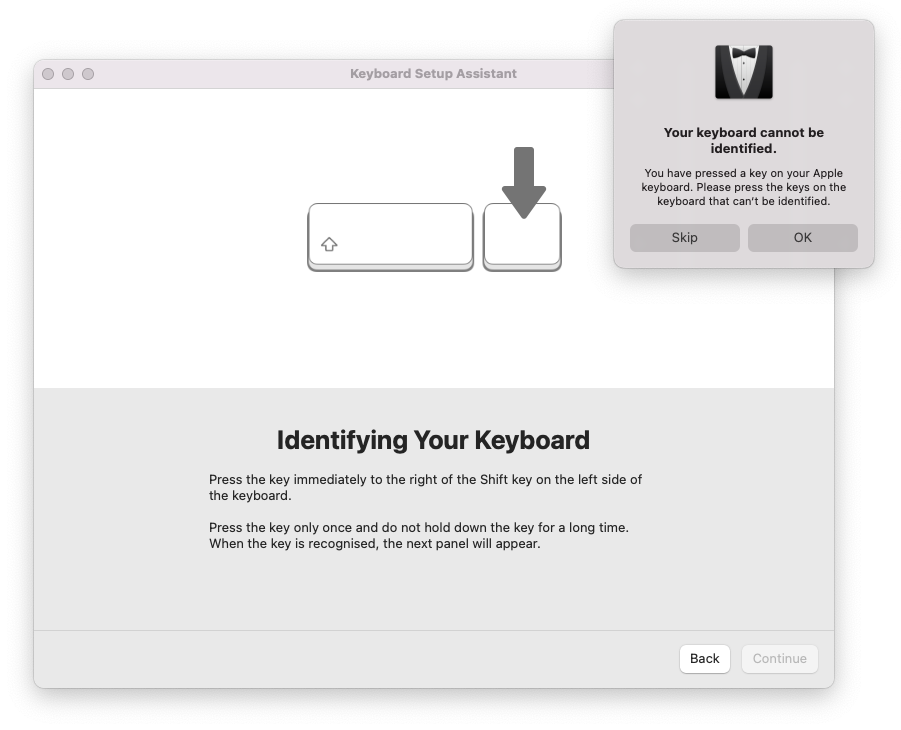 … even though it lists it in System preferences, under Modifier keys: 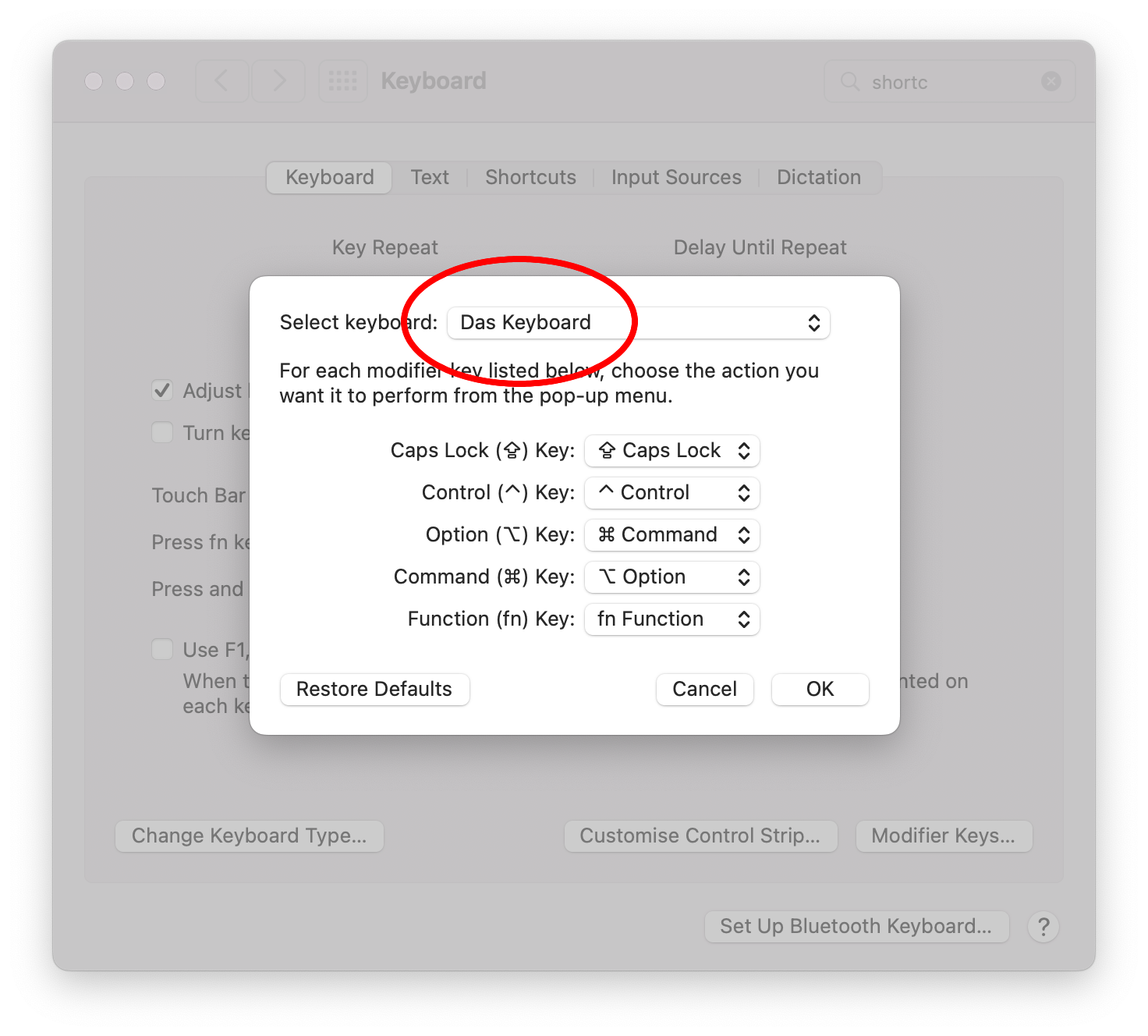 Changing between ISO and ANSI does not help: 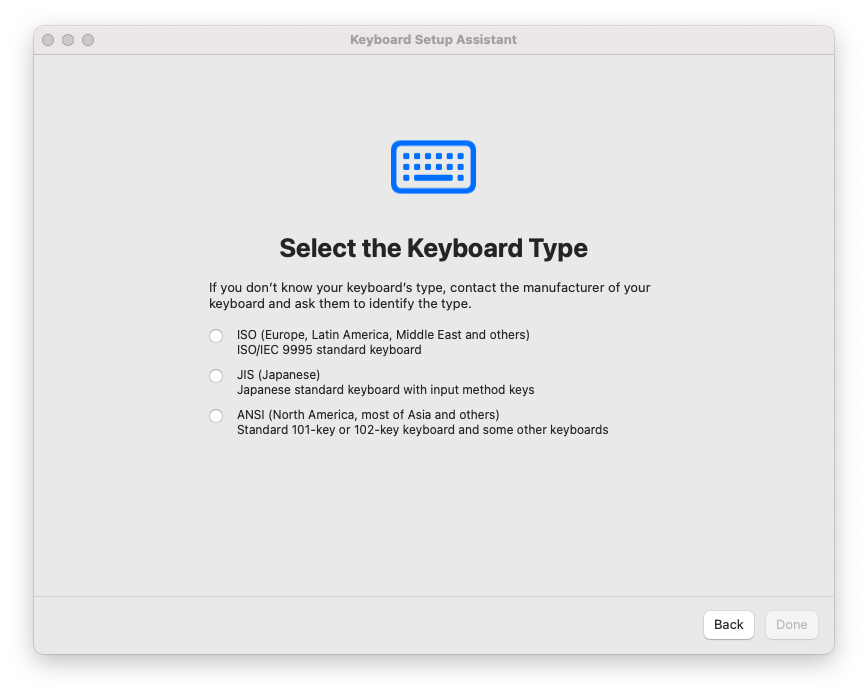 Note that the Ultimate keyboard is completely blank:

Finally, on the Keyboard Setup Assistant intro screen, it is stated “Your Logitech device cannot be identified and will not be usable until it is identified” (Emphasis mine). While I have a Logitech mouse, the keyboard is, as described, from another manufacturer. I have never attached a Logitech keyboard to the computer. 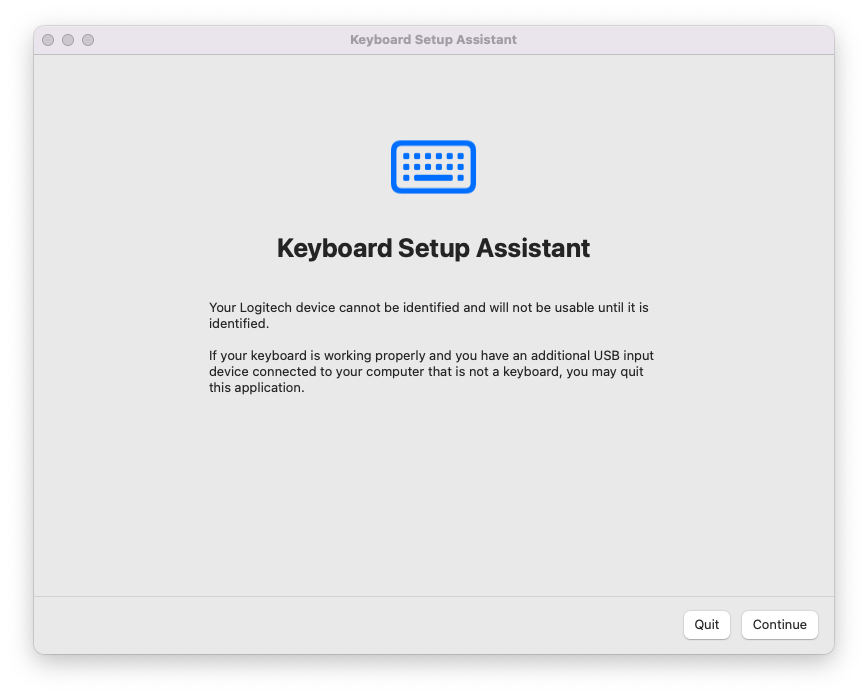 I have tried to search for answers here on Stack Exchange. I have found similar topics like this, this and this, but none that answers this issue.

After removing the com.apple.keyboardtype.plist file (found in /Library/Preferences/) and restarting, the Mac stopped referencing the non-existent Logitech keyboard. I could now use the Keyboard Setup Assistant, and finally the ISO layout was respected, solving the problem. 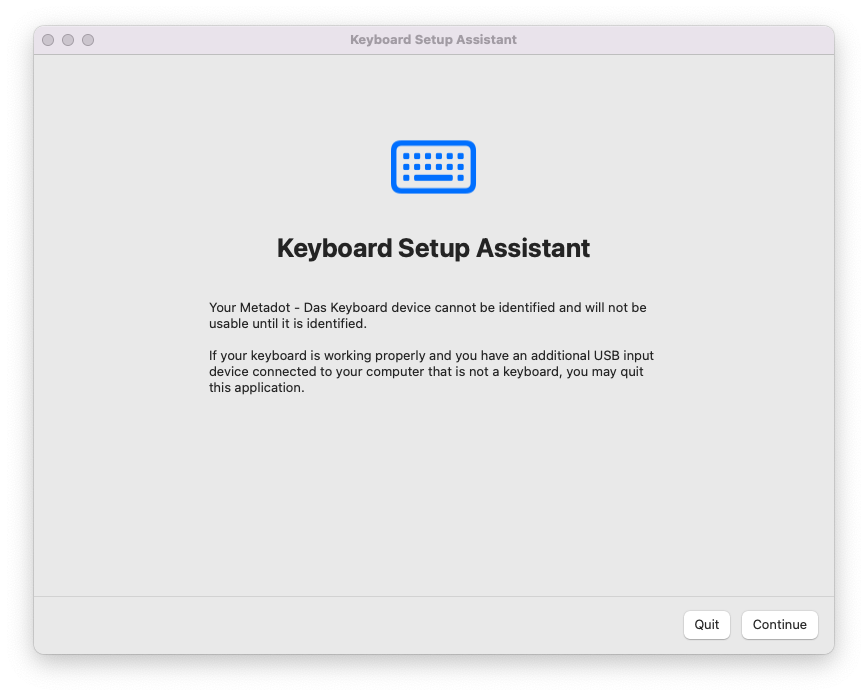 Not the answer you're looking for? Browse other questions tagged keyboard internationalization plist iso .

1
Genius external keyboard working improperly on Macbook Pro
8
OSX doesn't recognize a gaming keyboard
1
MacBook Misidentifies Physical Layout of Built-in Keyboard
2
What is hardware type ID in keylayout xml file?
0
How do I use my external keyboard for typing in a foreign language?
0
UK keyboard layout \ and ` swapped even with ISO keyboard and British PC layout
0
QWERTY US - QWERTY International OS Layout
0
How can I obtain the backslash with a US keyboard configured with a Spanish (ES-ISO) keyboard layout?
0
What is the JIS and ANSI used for in Mac's .keylayout file?