Since the Apple Music and iTunes Store catalogs differ at times, do I need both services in order to more completely match my music?

I just noticed that some of my songs that Apple Music is marking as Uploaded rather than Matched, are actually greyed out on the album page within Apple Music. If I try to add these streaming versions to my library, these tracks are unplayable, and have a dotted cloud icon as well as a message saying that they are no longer available.

So, I guess the obvious reason these particular tracks aren't getting matched is that they are not actually in the Apple Music catalog. However, if I look up the same album in the iTunes Store, more often than not I find that the tracks are available for purchase.

Does iTunes Match match tracks to a different catalog than Apple Music? I guess what I'm saying is, if I were to cancel my Apple Music subscription and get an iTunes Match subscription (something I've been thinking of doing), would it only match my tracks against the iTunes Store's catalog instead of Apple Music's, to see if they are in there? Or are the services actually supposed to check both catalogs?

It seems like the timings and metadata (and likely the music files themselves) are the exact same between the two services, but if each service only checks its respective catalog, and I run into cases like this where one service has something that the other doesn't... it makes me wonder if I really need both services, in order to check my music against everything that Apple has available out there?

This page has a clear description of the services which I have brazenly copy/pasted here:

Here's an image, lifted from this page with the information in a handy chart: 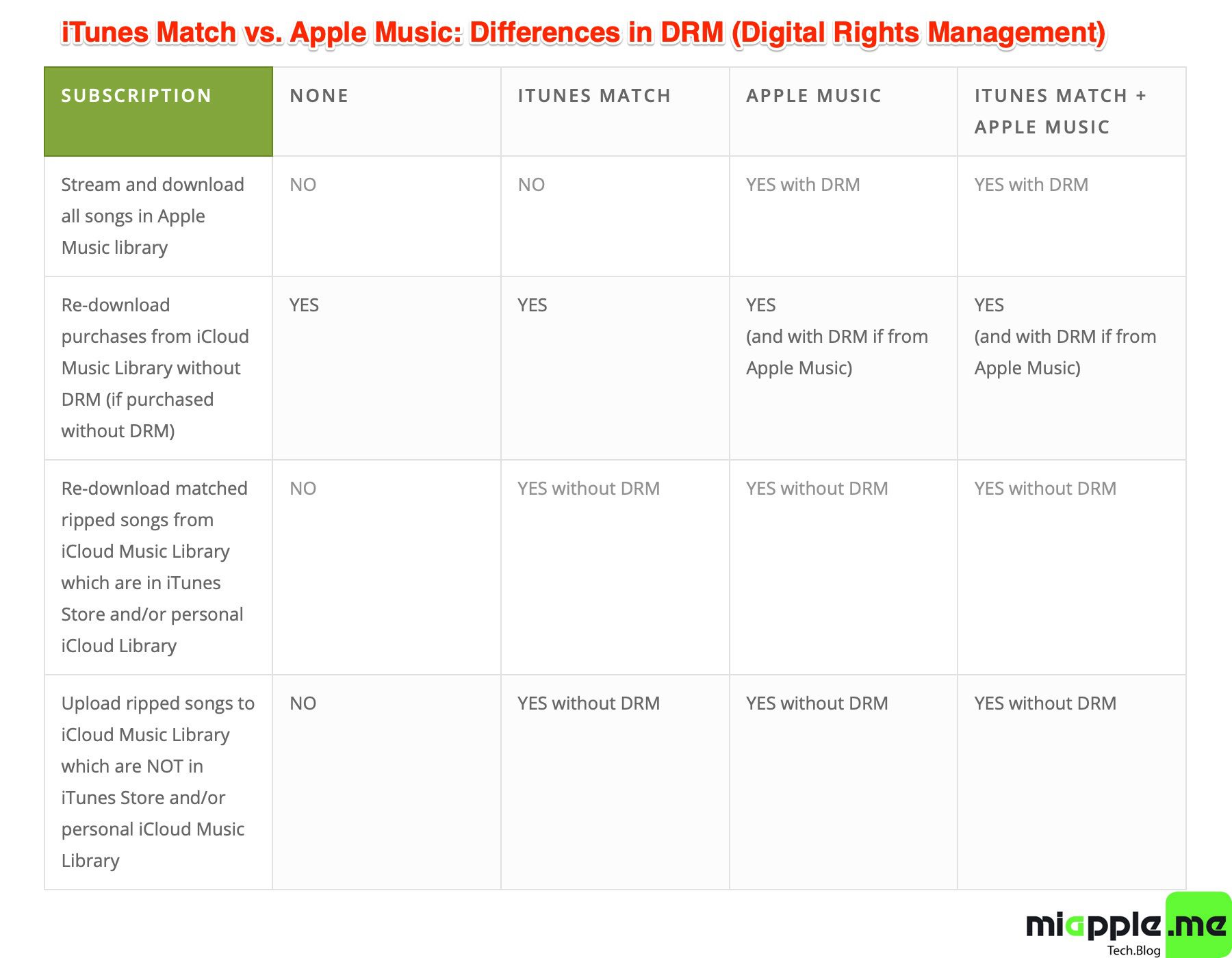 Not the answer you're looking for? Browse other questions tagged apple-music itunes-store itunes-match .