XProtect - Apple claims they do signature based antivirus but how do we know?

I read this Apple Support page that they use XProtect to scan for known viruses.

I cannot find any evidence that XProtect is getting new definitions or scanning anything.

Where can I find the logs and if it's in unify then how do I persist them?

How do I know Apple really scans for known malware and isn't just making that claim?

This answer is in addition to @jksoegaard's answer showing how to report on usage on XProtect. I am providing the evidence regarding updates to XProtect.

System Information shows all the installations related to XProtect. Here are mine since I last did an erase and reinstall: 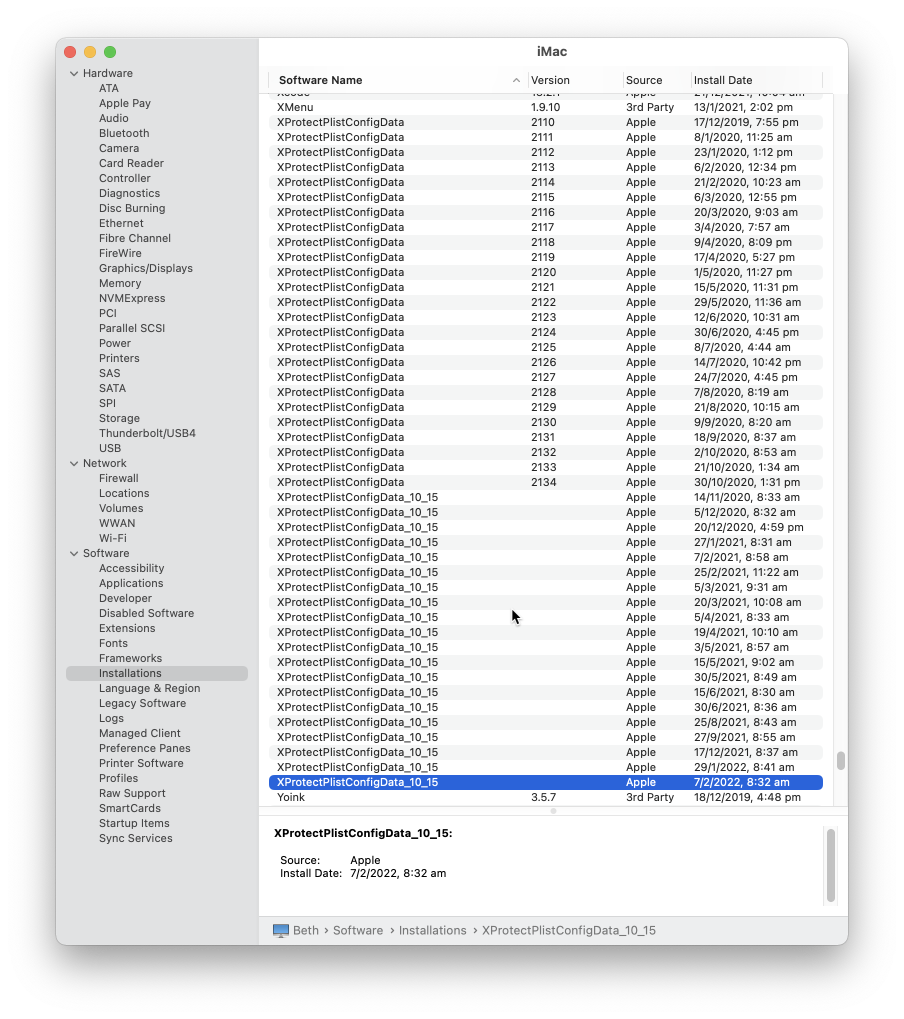 If you prefer Terminal output you can use system_profiler -json SPInstallHistoryDataType, but the output needs further processing to get it into a manageable form. [Thanks to @mustaccio for this.]

And, I know there is another XProtect update today. This is reported by Howard Oakley's SilentKnight 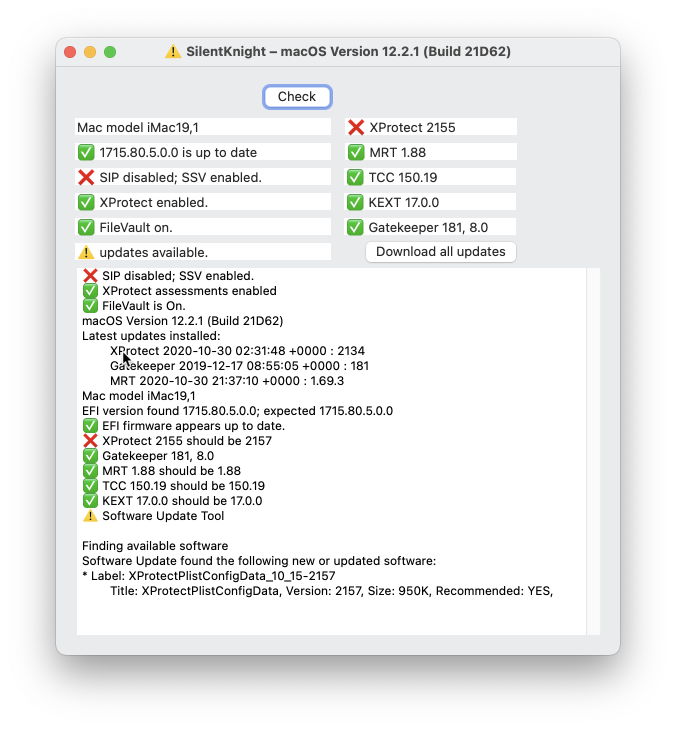 The changes in today's update are discussed here XProtect Update

You can find the logs by running:

To persist them, you could just save it into a file, like this:

You can find XProtect's various security definitions in this folder:

For example look at XProtect.plist and XProtect.yara. If you want to prove to yourself that these are actually updated by Apple - take a copy of them. Then compare that copy to your files a month or two later.

If you're still very suspicous that perhaps Apple is just claiming to scan for malware, while actually not doing so - even when that would include making fake documentation for it, fake software for it, fake definition files, and fake update processes for the same - you can just check that it does for yourself. Sounds like it would almost be more work for Apple to fake scanning for malware rather than actually doing it -- while at considerably risk of any system expert or programmer exposing them. Doesn't make sense, but if you really want - noone's stopping you.

Checking for yourself could include actions such as intentionally introducing a malware file (inactivated) to the system, and checking that the XProtect detects it. You could also do code analysis on the XProtect binaries to make sure that it does what Apple says it does.

Not the answer you're looking for? Browse other questions tagged macos security logs gatekeeper anti-virus .

3
How can you reset security questions on an Apple ID when you have the password, but the security email is incorrect?
5
Any advice on troubleshooting instability in Mountain Lion OS X 10.8.4?
9
How can the average user easily validate the integrity of their Mac's firmware?
2
Cannot find/remove browser hijackers
1
2013 Macbook Pro - hard drive always full!
0
Is BootCampDrivers.com safe?
3
How can I find out which kernel extension has been updated?
3
iOS Private APIs
2
`syspolicyd` CPU usage drains the battery