I have an iPad that is having issues during a factory reset. I start the process by plugging it into my Mac while the iPad is powering up so that it enters Recovery mode.

About two minutes later, I see an error dialog box with the text 'The iPad "iPad" could not be updated. An unknown error occurred (4041)'.

See the bottom of my question for screenshots.

I would like to note some context: my friend works for [large-tech-company] and was lent this device for their work. The device has no access to corporate resources (no MDM installed, only iCloud AFAIK). I asked said friend if I could borrow the device to try it out; they said yes but also that they forgot their password. Hence, I tried using a factory reset.

How can I fix this? I can't get it back to a working state. I am hesitant to bring this to an Apple store as they may report the device as stolen to [large-tech-company], which could cause me more trouble than if I just explained it to my friend. I don't see any option other than explaining to my friend that I broke their device and that they need to explain this to their employer.

I feel really dumb for thinking a factory reset would have worked, surely [large-tech-company] has a deal with Apple to ship a custom OS for employees (my friend opened the iPad from its box which is why I thought there wasn't an issue with factory reset). I also realize that there is nothing in my story that differentiates me from someone who has stolen a company device and is trying to restore it to prepare it to be sold. So if you don't feel comfortable helping, then I understand. 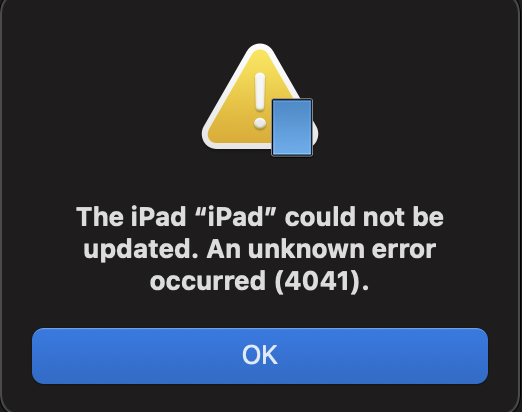 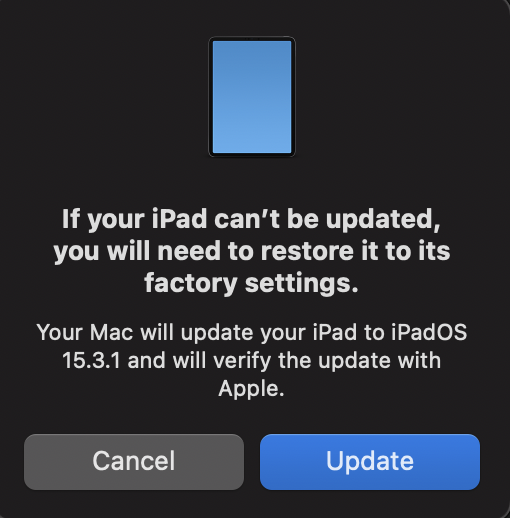 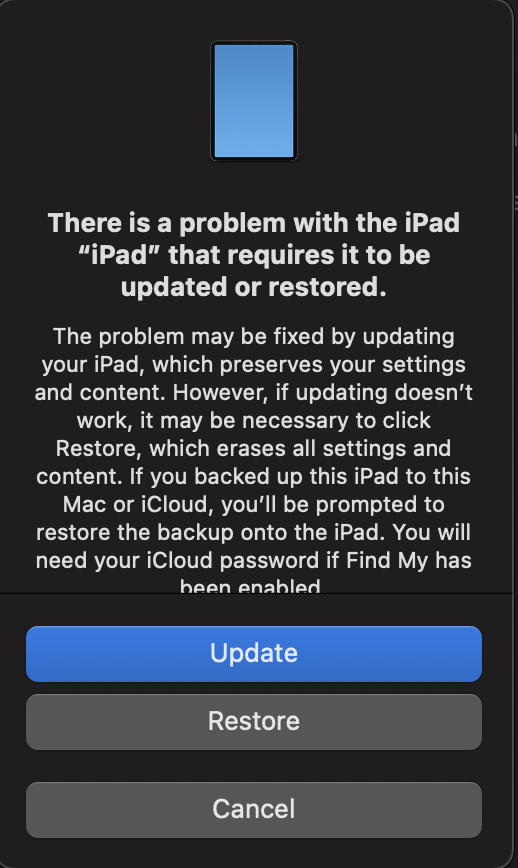 Had the same error message while trying to do factory reset on an iPad, third (!) cable I tried finally worked.

Not the answer you're looking for? Browse other questions tagged ipad mdm .