I'm having this problem where Safari tabs that I've closed are still running in the background. Sometimes these tabs go "out of control" and chew up all the CPU and memory (GB of swap) to the point where my M1 MacBook Air grinds to a halt and the mouse pointer starts stuttering. The only way to fix it is to quit Safari. I can easily do this by clicking on the Dock and Command-Q... the GUI may take a minute or two to catch up, but once Safari quits, everything returns back to normal - a nice speedy M1 with not much software loaded.

I can't figure out why this is happening. I run a clean system, no sketchy software. Only 2 browser extensions, Duck Duck Go and Vinegar. (Inactivating the extensions does not fix the issue.) Just a few things from the App Store and legit pro audio/DJ software. The only thing I can think of is maybe a Safari Technology Preview version screwed something up, but I have wiped all those files off my system.

Anyone have any ideas?

Here are some screenshots... please note the tabs/URLs shown are from tabs and windows closed long ago! You'll see Safari has no open windows. 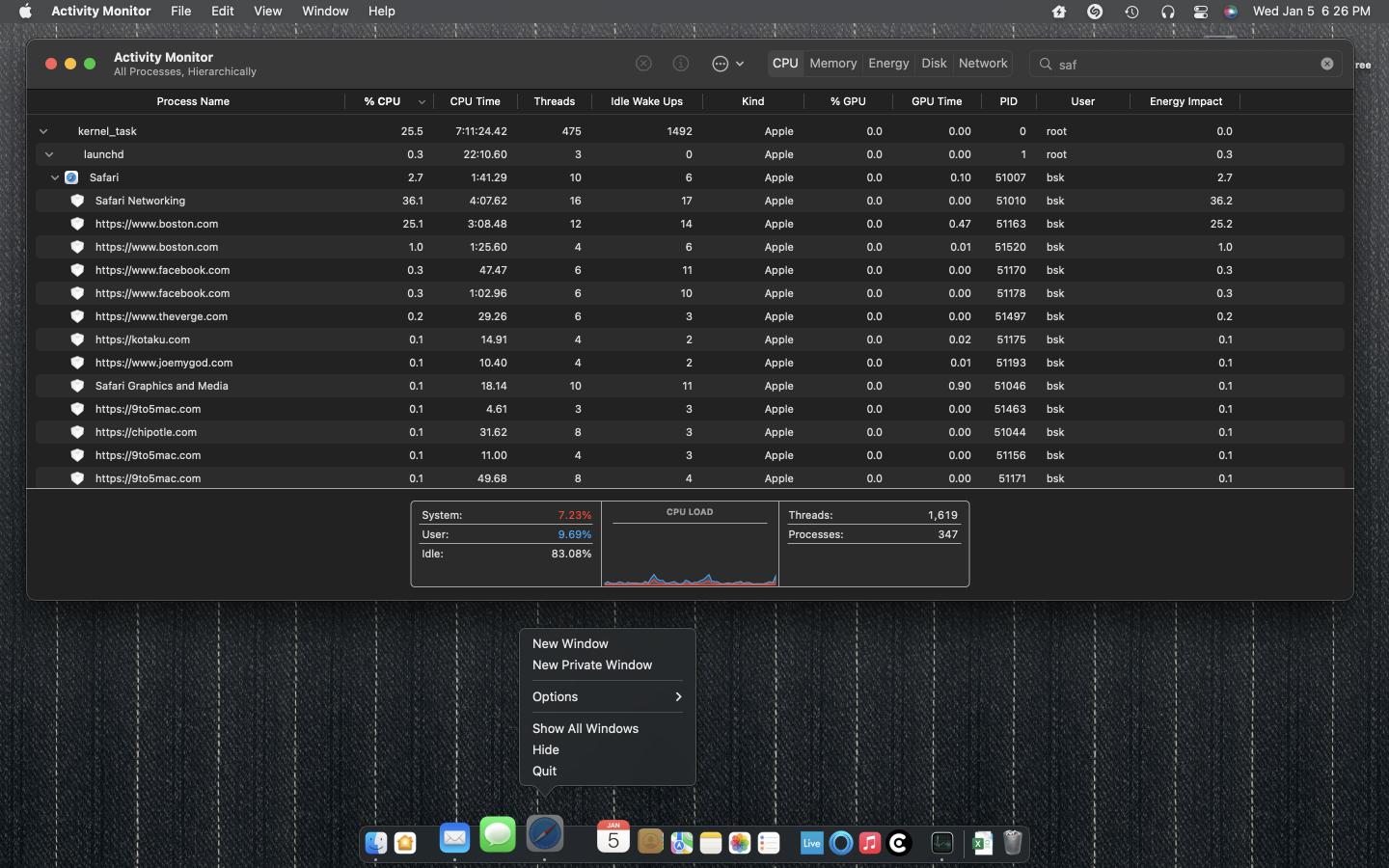 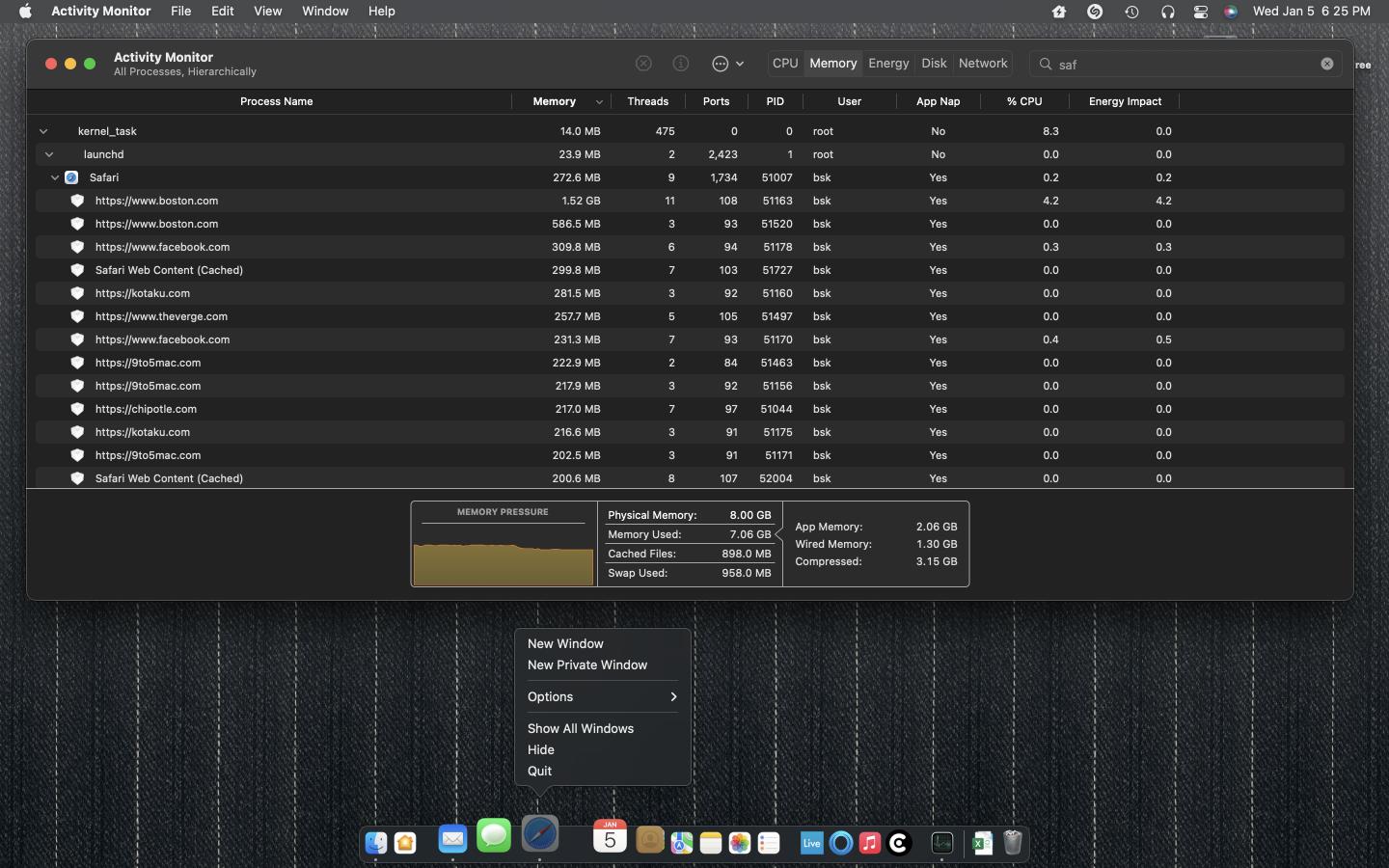 In my case, I kept seeing the 'spinning mouse/waiting' wheel behavior on my system. As it turns out, there were several processes running in the background too (after inspection of Activity Monitor), namely from 'web resources' and various URLs which ate up around 3-5% in CPU resources each. Yes, each!

The only thing I expected to see here that took up that much memory were actively running programs like Activity Monitor itself, Excel, Safari, etc. So, putting on my thinking cap I thought that maybe it could be these were still being detected by the system somehow even after Safari had been exited.

The resource hogs were due to various bookmarks on Safari (i.e. YouTube -- for which I linked to a half-dozen or so content creators) that were being a bottleneck to the overall system performance. Having since removed those bookmarks, the system is now running without a hitch. I was even surprised that was the root cause (as I have never seen bookmarks to be problematic), but it worked and this system woe is behind me, thankfully.

Note: As of this post, I haven't been able to repro it on-the-spot and I suspect it takes days or weeks on end that the system gets clogged up.