One of these behaviors is the following: I have several open windows of an app (e.g. VS Code or iterm) and I'm using the browser in the foreground. Now imagine I want to type something into VS Code so I click on the icon in the dock OR maybe activate it through spotlight. What I expect/want to happen is that the top window of VS Code appears in the front like it does for example on Linux (Pop OS). What happens instead is that my Mac brings literally every instance of VS Code I've opened to the front of the window stack which is completely clouding my desktop. Is there any way I can turn this off / change the behavior to the Linux one? I could not find any solution yet.

It's not a "Linux behavior", it's the behavior of whatever DE you use on Linux. It is also the default behavior on MacOS 10 and later. Classic macOS has the opposite behavior.

There are several applications that will modify this behavior to bring all windows of an application to the foreground. One of these is Front and Center, by John Siracusa. 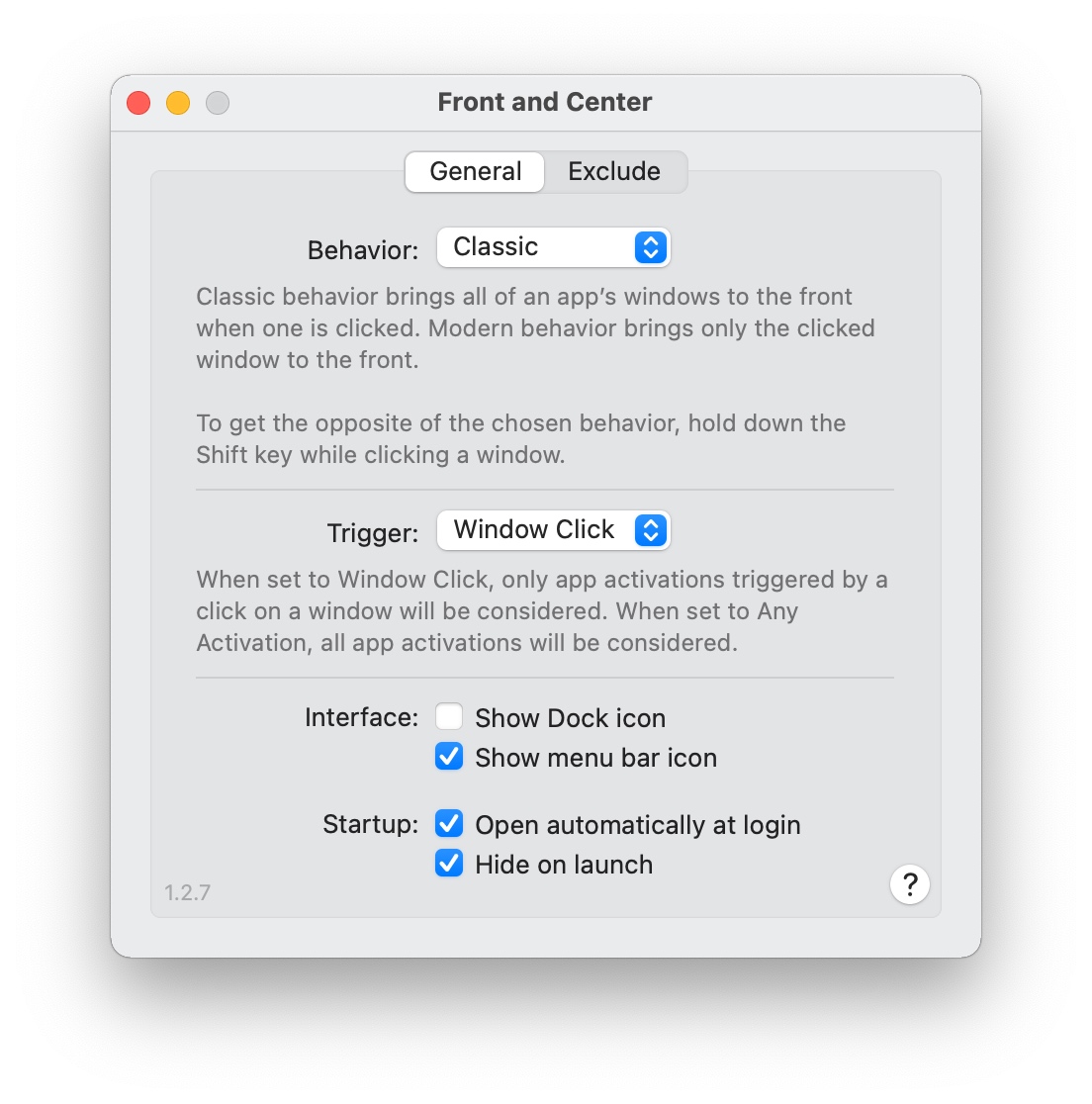 I have just tested on macOS Big Sur 11.6.2. I opened three VS Code windows and stacked them on top of each other. I then opened another window (TextMate, not that it matters), and put it on top of them all. Then I clicked the various VS Code windows. The TextMate window was interleaved between them as you would normally expect it to be.

Not the answer you're looking for? Browse other questions tagged dock window-manager .

10
What is an efficient way for developers / power users to use OSX window management and Spaces on a single screen?