Metadata not showing in Finder window for images on external drive

On both computers, when I open a local Finder window (in Column mode) and select an image, the preview area on the right shows me a selection of metadata about any image I select: dimensions, camera make, etc. This is what I see on the MacBook for a picture on the local drive, for example: 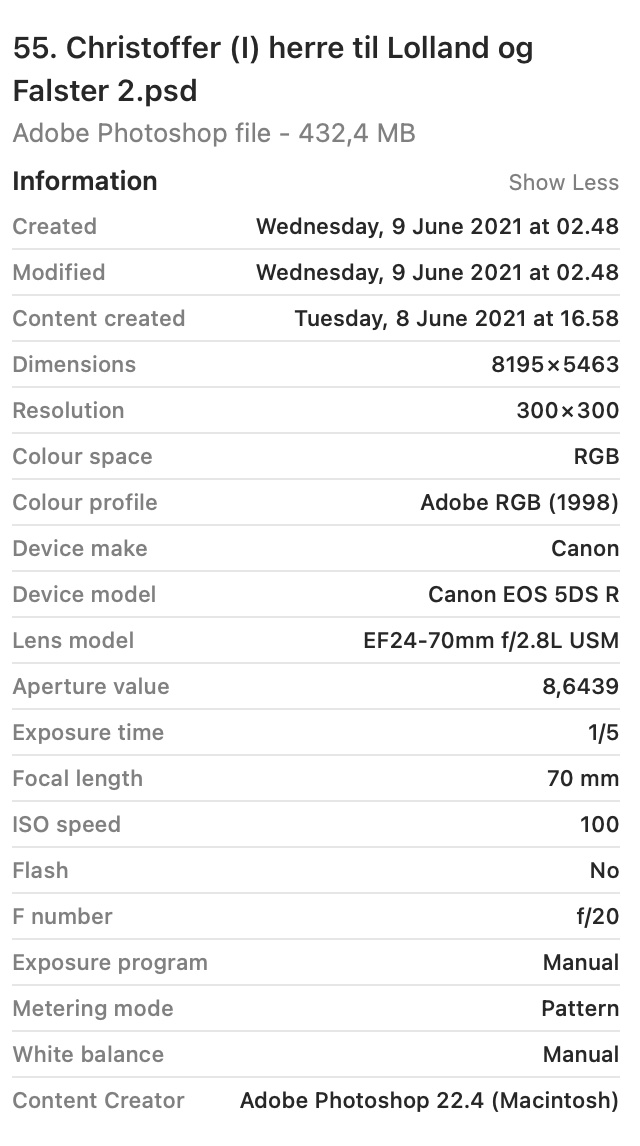 On the mini, this also holds true for files on the external SSD – but not on the MacBook. On the MacBook, this is what I see: 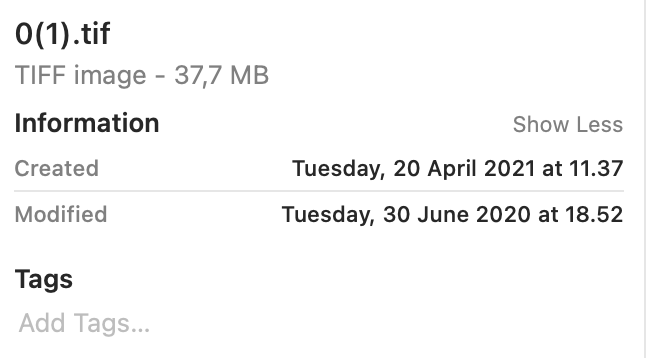 No metadata. Doesn’t appear in Get Info either. (There is metadata in this file; the preview area looks like this for all image files on the external drive.)

Essentially the same issue was troubling someone on Reddit three years ago, but that thread didn’t seem to lead to any kind of answer. I can’t seem to find anything else describing this issue.

Like the asker there, my external SSD is also not excluded from Spotlight, but unlike theirs, it has a different formatting: the internal drive is APFS, while the external one is exFAT. This is also the case on the mini where it works fine, though, so that doesn’t seem to be the issue in and of itself.

So what might be causing metadata from not appearing for files on external drives and is there a way to fix it to get my metadata back?

My immediate suspicion would be that the external drive is not being indexed by spotlight.

Get Info view of the same file on two drives, one indexed, the other not… 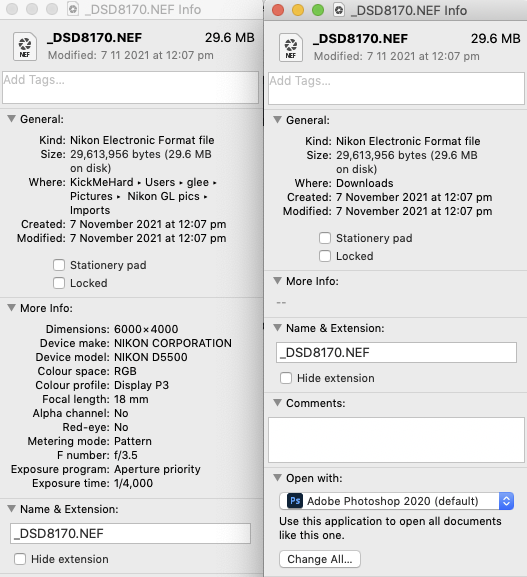 From comments
If the drive appears to be indexed but is still not working, add it to Spotlight Privacy, wait a minute then remove it again. That should force a re-index.

Not the answer you're looking for? Browse other questions tagged finder external-disk metadata .

0
External Hard Disk Drive Not Showing Under 'Devices'
3
Apple mdls (MetaData List) command on Networked Drive
7
Avoiding Spotlight to spin up external drive
2
External SSD drive not detected as SSD drive
0
Formatting an External SSD for Mac
0
How can I get the Finder to show metadata?
0
Time Machine: Backing up the local drive onto an external AND a partition of that external to another external
1
Quick Look showing only thumbnails for most images
1
Finder corrupt files on copy to external ssd