I have an old MacBook Air 13" from 2013. It has been working flawlessly up to maybe 6 months ago, where it started being insanely slow. I have identified the cause to be the dreaded kernel_task, that uses all my CPU.

The problem starts right after booting (maybe even during booting, it is very slow as well). The system CPU usage is constantly at 65-85%, where the free CPU can be 0.2-25%. The kernel_task is a 200-1000%. As it starts during booting, I don't believe it is actually high temperatures. Also the fan is very silent and the computer does not appear hot. There is no difference if I am on battery or power source. Ambient temperature is probably 21oC. When starting the Mac, I have to hold the start button until the apple logo appears, as it otherwise won't start.

Here is a view of the activity monitor: 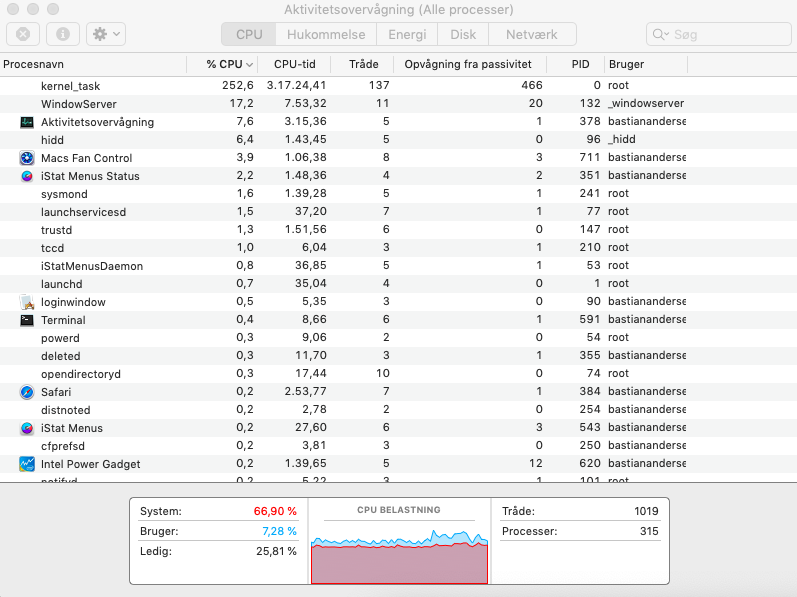 What I have tried so far:

What I have tried for screening the problem 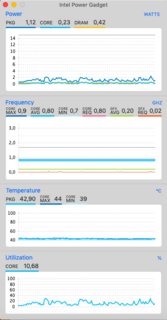 What can I do to make my computer usable again? Resetting it did improve, as I before generally had <1% CPU available, but it is still not doing great.

Since there is no clear hint as to what's causing kernel_task to use >200% CPU at boot, we need to start at first principles and examine what the kernel is doing. The way to do this is by collecting and analyzing a spindump. To do this:

Not the answer you're looking for? Browse other questions tagged mac performance cpu temperature .