macOS Save dialog does not show up for Preview

I created an image file by pasting an image into Preview (Command + N). When I want to save it, the Save dialog does not appear. The Preview window looks as follows: 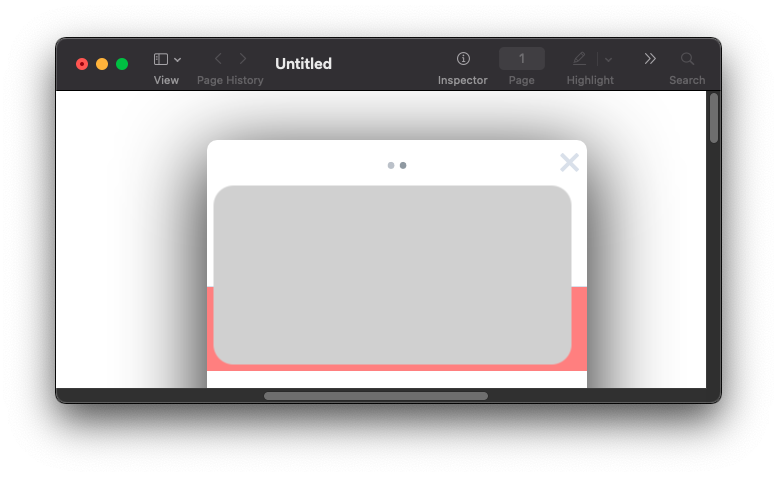 The red button in the upper-left corner shows a dark dot - indicating that the file has not been saved. When I click on the red button, normally a Save dialog should appear - but nothing happens. I tried going into the menu bar to click "Save..." - nothing happens. I tried Command + S - nothing happens. Every time I shut down the computer, I need to force quit Preview (otherwise Preview stops the shutdown, since it has a file unsaved). However, every time I turn on the computer again and open Preview, the unsaved file is still there.

I am on a 2019 MacBook Pro running macOS Monterey Version 12.0.1. I also have a similar issue with the Save dialog not showing when I want to Save as PDF from the system print dialog. I also see what appears to be the same issue for TextEdit and Microsoft Office in the unsolved question here .

In Preview, open the File menu. Hover over the the "Open Recent" submenu. Click "Clear Menu".

Click "Preview" in the menu bar. Choose "Quit Preview". Preview should prompt you to save or discard the unsaved files. Once you choose to discard, Preview quits normally. If you open Preview again, the previously lingering file is no longer there.

I found the solution with the help of Apple's support.

Not the answer you're looking for? Browse other questions tagged macos pdf preview dialog .

2
Closing Preview documents without confirmation dialog AND without quitting Preview
2
Is it possible for an AppleScript application's "Quit" button to override (i.e., cancel) an open dialog?
12
Why it's not possible to save a PNG image from Preview when a mask is added?
4
Can Mac Preview be set to default to save image as JPEG
0
macOS Show Preview Panel in File Chooser Dialogs