I unintentionally renamed the /etc directory on a Mac running macOS Monterey, with disastrous consequences: the password for sudo in Terminal is no longer recognised (because the /etc/sudoers file can no longer be found), which means I can no longer run any commands that require a password. Worse, I can no longer even log into the Mac.

To resolve the problem I began with the accepted answer described by David Rouse in response to a similar question - Renamed /etc folder. I can't login anymore - asked in 2019.

The first part of that solution (booting the Mac using Single User Mode with the existing password and running mount -uw) works perfectly.

However, even from Single User Mode I am unable to rename the /etc directory. For instance, attempting to run cd or mv in relation to /etc results in a No such file or directory message, and the symlink /private folder appears to be empty - see image below.

So how can I change the folder name back to /etc so that the Mac becomes operational again? 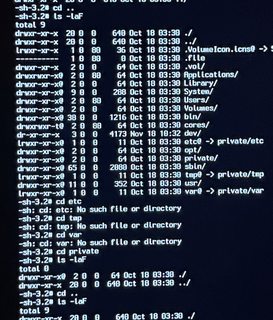 I have Monterey installed in a VMware Fusion Player virtual machine.

I followed your instructions and was able to rename /private/etc to /private/xetc.

When I boot Monterey in single user mode, I see the following output. The image shows instructions in the form of three three commands, which can be used to mount the data partition on an SEP-enabled device.

Note: For a beter view of the image, click on the image or open the image in a new window. 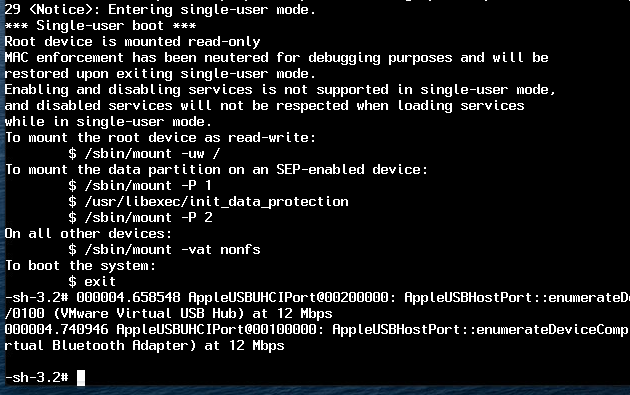 Below is the output from the mount command. Only the sealed, read-only volume is mounted on /. This is why the /private folder is empty.

So, I followed the instructions shown in the first image and entered the following commands.

Note: These commands produced messages, which I chose to ignore.

Below is the output from the mount command. Now, the Data volume is mount on /System/Volumes/Data.

Since this Data volume was tagged with the data role metadata flag when created and is in the same APFS Volume Group as the initially mounted volume, both volumes share the root (/) mount point. In other words, this Data volume is mounted twice.

Next, I made the repair by entering the following command.

Note: I could have also made the same repair by entering the longer version given below.

Finally, I entered the command below to boot to Monterey.

Not the answer you're looking for? Browse other questions tagged macos command-line unix monterey .

5
Restoring finder icon
8
Symbolic link icons don't update
1
Can I safely run command-line apps in single-user mode?
13
How to figure out what is causing the ownership of /usr/local to change from my-username to root
4
How to recover files from the home directory that malware removed on OS X 10.10.5 Yosemite?
1
Restore permissions on /usr?
4
How to repair permissions after removing the "wheel" group from my hard drive?
2
How to get the password hashes for a user in Mac OS X 10.10+, in recovery/single user mode?
5
How to reach the /etc folder from cd /Macintosh/ HD?