When I run Migration Assistant (from an admin account) in Lion, M.A. hangs at the message 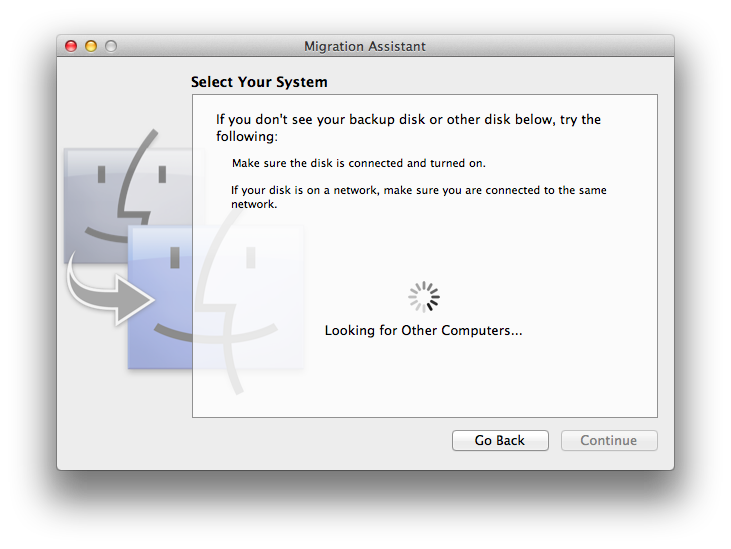 "Looking for Other Computers". The Time Machine disk is not seen even though it is connected through USB and it is the Lion TM disk from the same machine.

What are some other ideas I could try? I prefer to avoid running a 'cp -pR', but if you think I could get away with it, please mention the caveats.

I've had a similar problem, which may be different to your problem because all the computers in my house share the same backup drive, and so there are lots of different backup files.

Apple's official suggestion is to turn off your firewall, so you could try that. Other alternatives are to make sure you run Software Update on both computers, and monkey some with Internet sharing, both of which are described in their official support article on Migration Assistant.

I had encountered nearly this same problem, but on first time setup of a Retina MBP. Initially I thought your attempt to click the greyed out continue button was silly, but I learned my lesson when I was flummoxed by this screen: 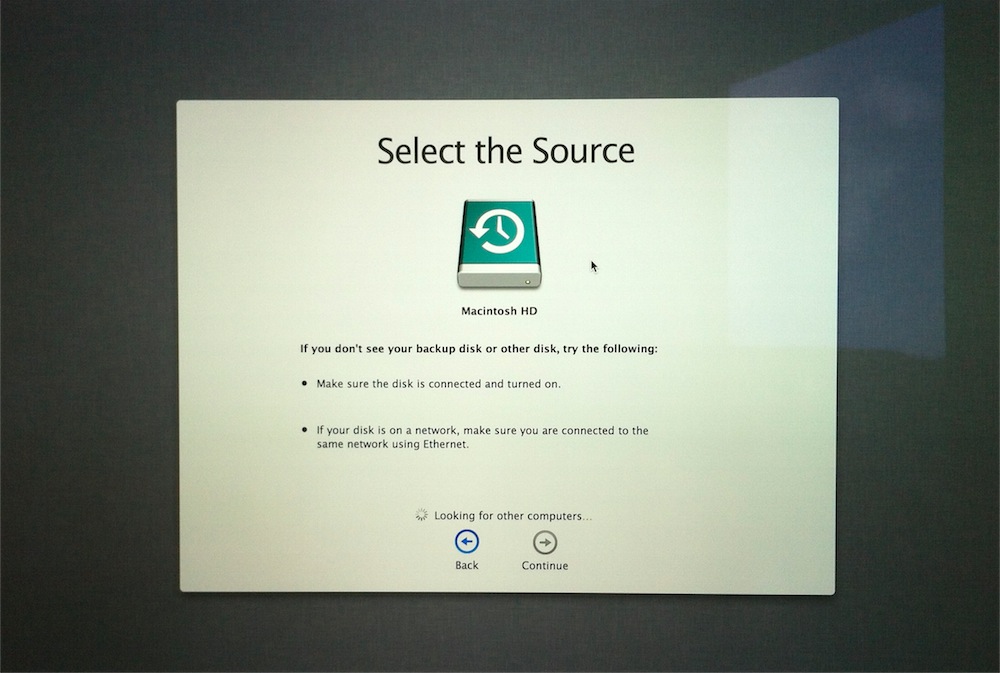 Which I post only because there are tons (seven threads on Apple's forums in the past month, as of this writing) of people getting stuck at "Looking for other computers," and I'm just hoping that a few of them are not in fact having the deep technical problems they imagine, but are rather merely as confused by this screen as I was. (Wishful thinking, I realize…)

Not the answer you're looking for? Browse other questions tagged lion time-machine migration-assistant .