How can you stop terminal from showing the running threads when quitting it using Applescript?

So I want to force quit some applications. The method described on this Macscripter thread describes a way which works for most applications.

However, when used on Terminal when it is running some process, it, it gives me this pop-up: 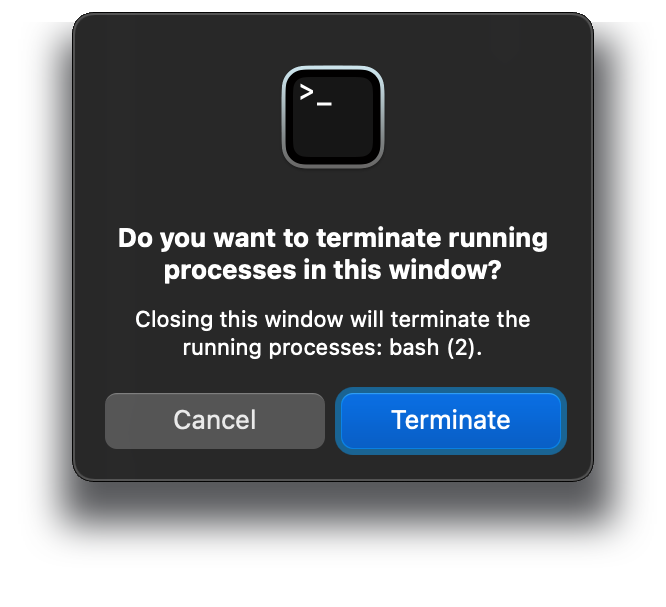 I want to get this pop-up when using the terminal manually but not when "force quitting" it. Is there a way around this without disabling the function entirely and without UI Scripting.

6
Opening new Terminal.app window/tab with a certain profile from command-line or AppleScript?
0
Start Terminal in AppleScript
3
Java application won't force quit, prevents shutdown
1
When using a third-party script library, I can no longer save an AppleScript file in Script Editor.app
23
osascript is not allowed assistive access. (-1728)
5
How can I use the TrackPad's force touch as copy paste function in terminal?
4
Enable macOS "Dark menu bar and Dock" without password or restarting
1
Reset terminal environment to start up state, not losing print of history