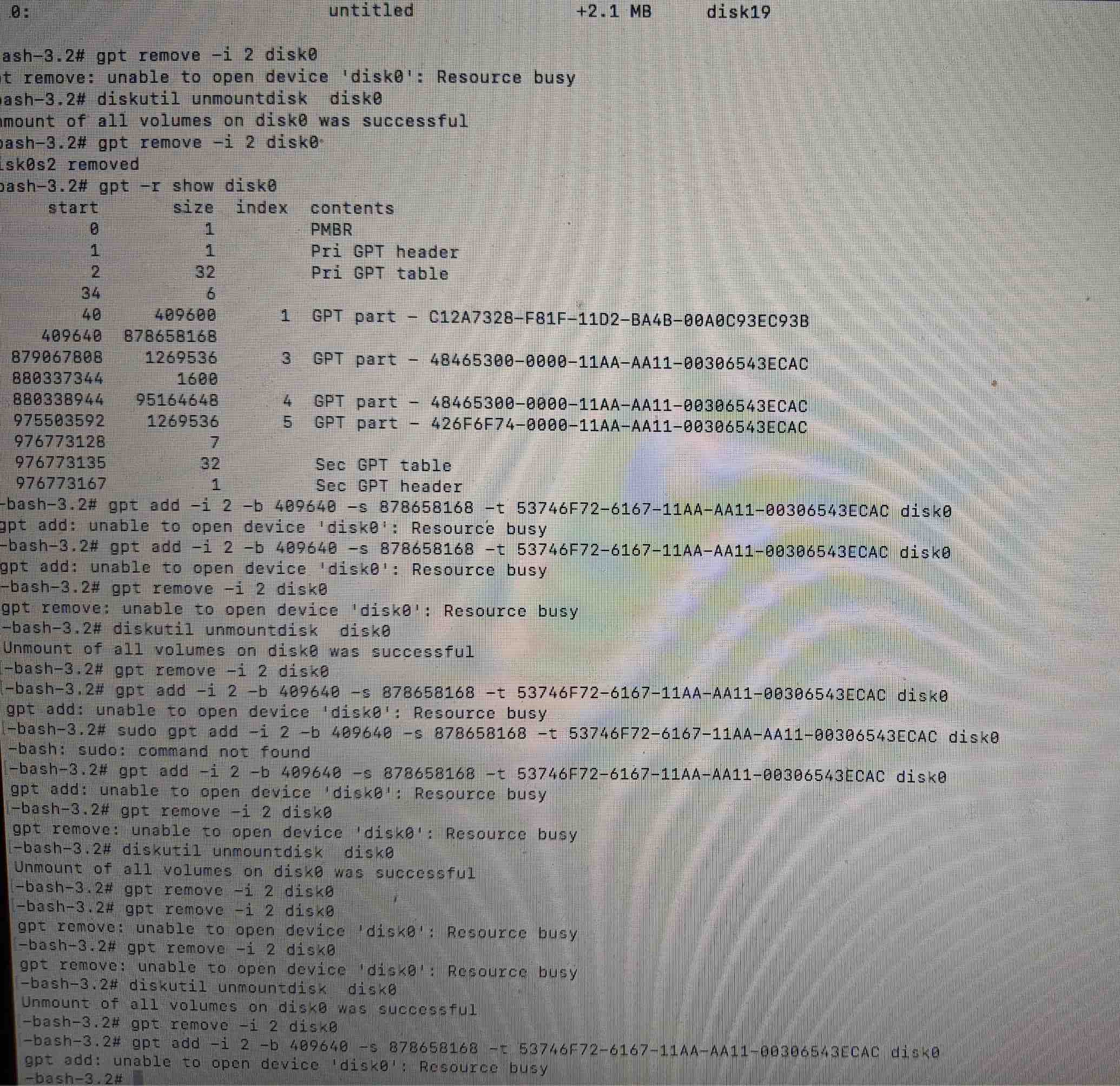 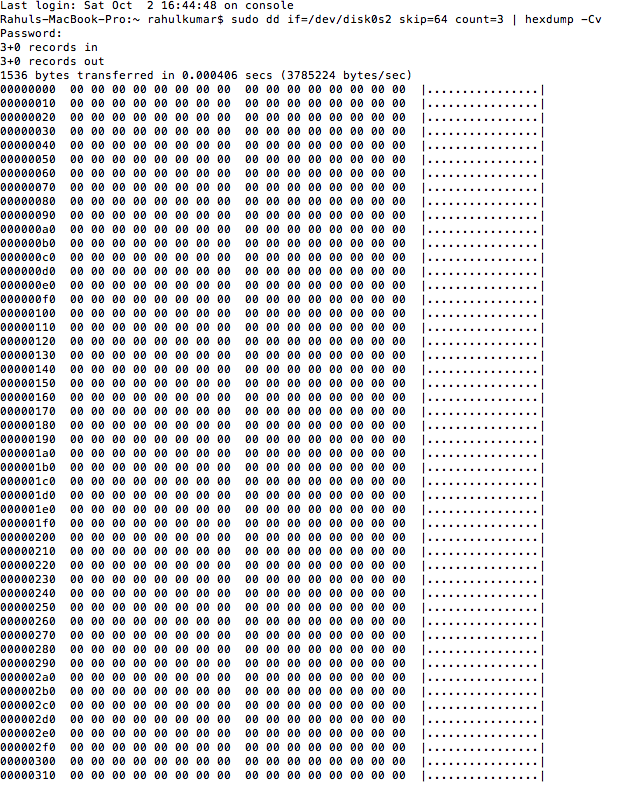 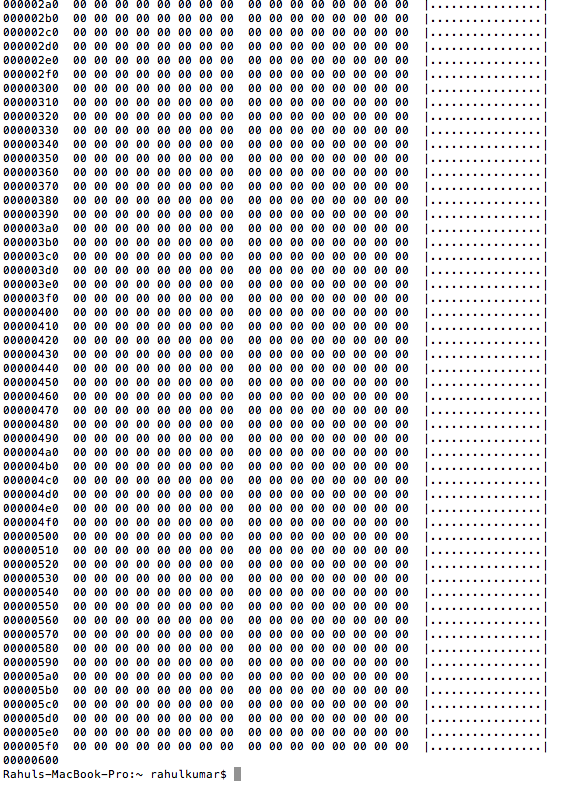 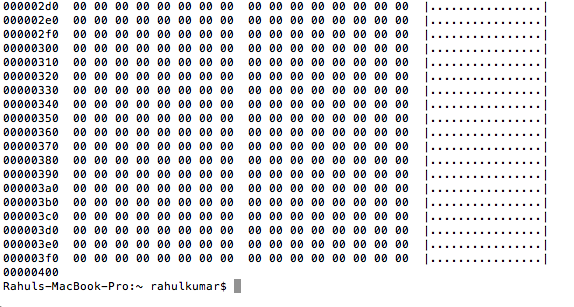 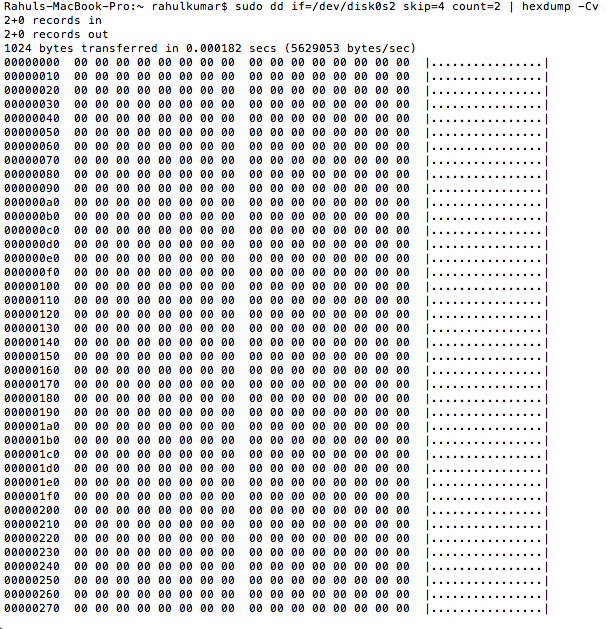 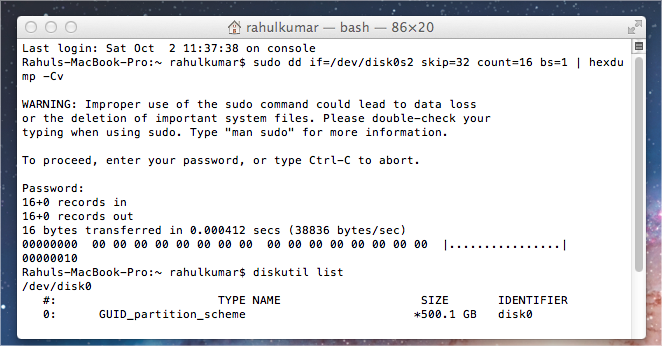 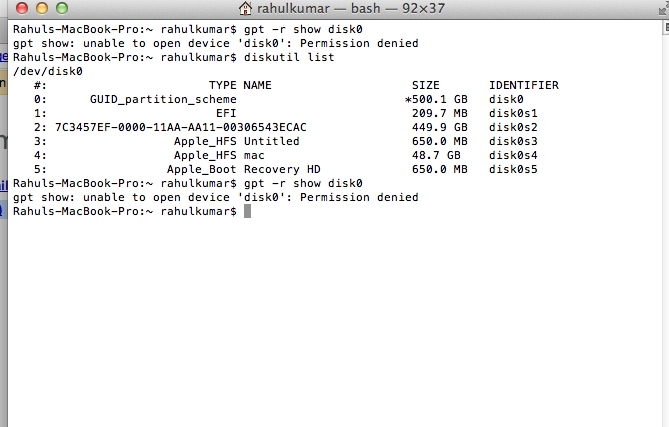 When trying to chose the startup disk, there is no Disk , until yesterday , I could see one. 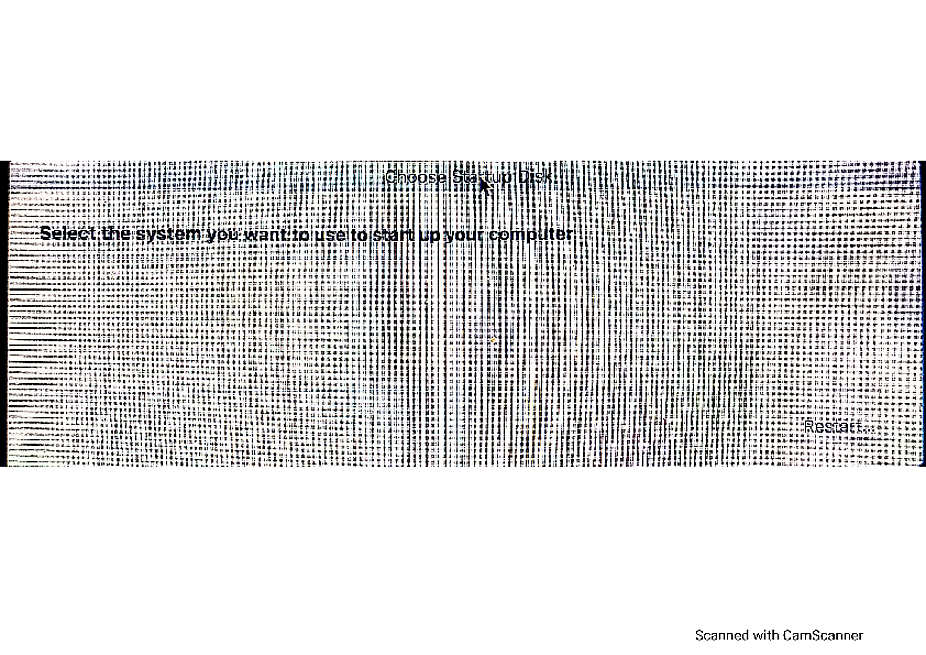 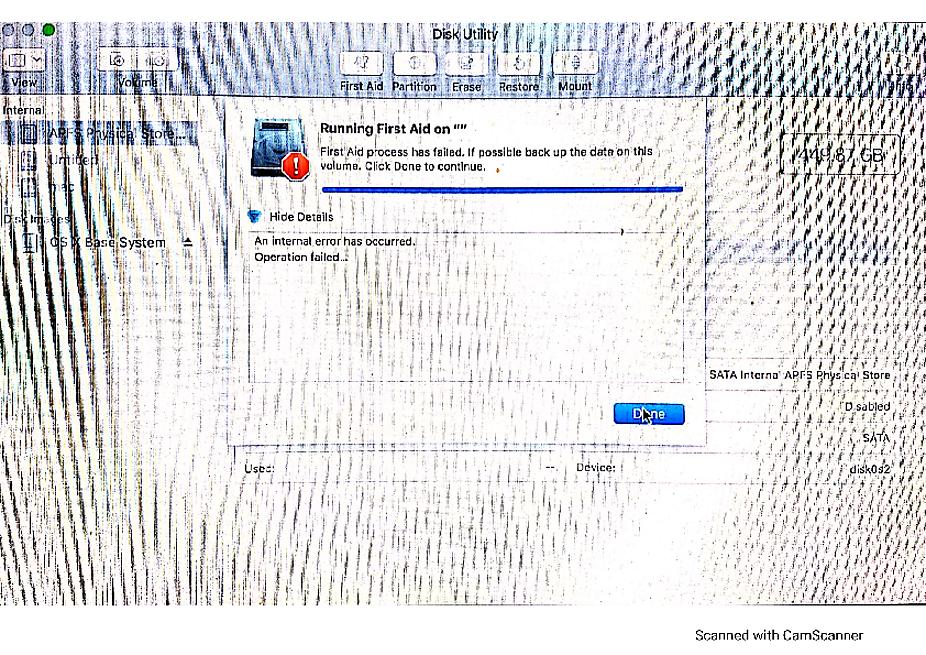 Apparently, this seems to be issue with corrupt boot partition/sector, but I am not sure how to fix. Please help. I have lot of data on this machine.

@Tetsujin : I followed what was mentioned in the link, here is how far I could get .

Sorry for images, not sure how to get better ones for all of you to see and advise.

The output you posted indicates disk0s2 is using Core Storage. Below is the part of the image you posted showing this. This image also shows the size of the partition should be 0x68be84f000 bytes, which is 878,658,168 sectors at 512 bytes per sector.

In your question, you stated you entered the commands shown below. This was the wrong solution. The results, from entering these commands, caused you to incorrectly believe disk0s2 was APFS formatted.

According to klanomath's answer, you should have entered the commands given below.

Note: You will not be able to use the gpt command to make the correction while booted to Lion. You could use either boot the Mac as you did when entering the incorrect correction or the macOS Recovery that Tetsujin requested.

Evidentially, when the OP entered the incorrect correction, there were no volumes that automatically mounted on the drive with the identifier disk0. However, since then the OP has installed Lion, which created a new volume that automatically mounts on the partition with the identifier disk0s4. Therefore, the commands to enter would be the following.

Note: The diskutil unmountdisk disk0 command has be repeated because disk0s4 will be automatically mounted after the gpt remove -i 2 disk0 command completes.

Not the answer you're looking for? Browse other questions tagged macbook-pro boot dual-boot .