How to install an Automator action from unidentified developer?

I downloaded an APN certificate from Certificates, Identifiers & Profiles from the Apple Developer configuration pane. It's an .action file that I cannot open, though.

Do you want to install the "downloadCertificateContent" action?

Actions are the components of Automator workflows. Installing this action will make it available in the Automator library. 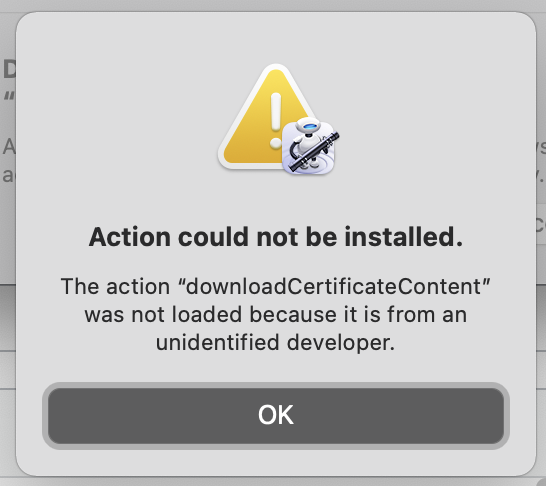 Action could not be installed.

The action "downloadCertificateContent" was not loaded because it is from an unidentified developer.

I already enabled Third Party Actions in the Automator preferences:

I downloaded it from here: 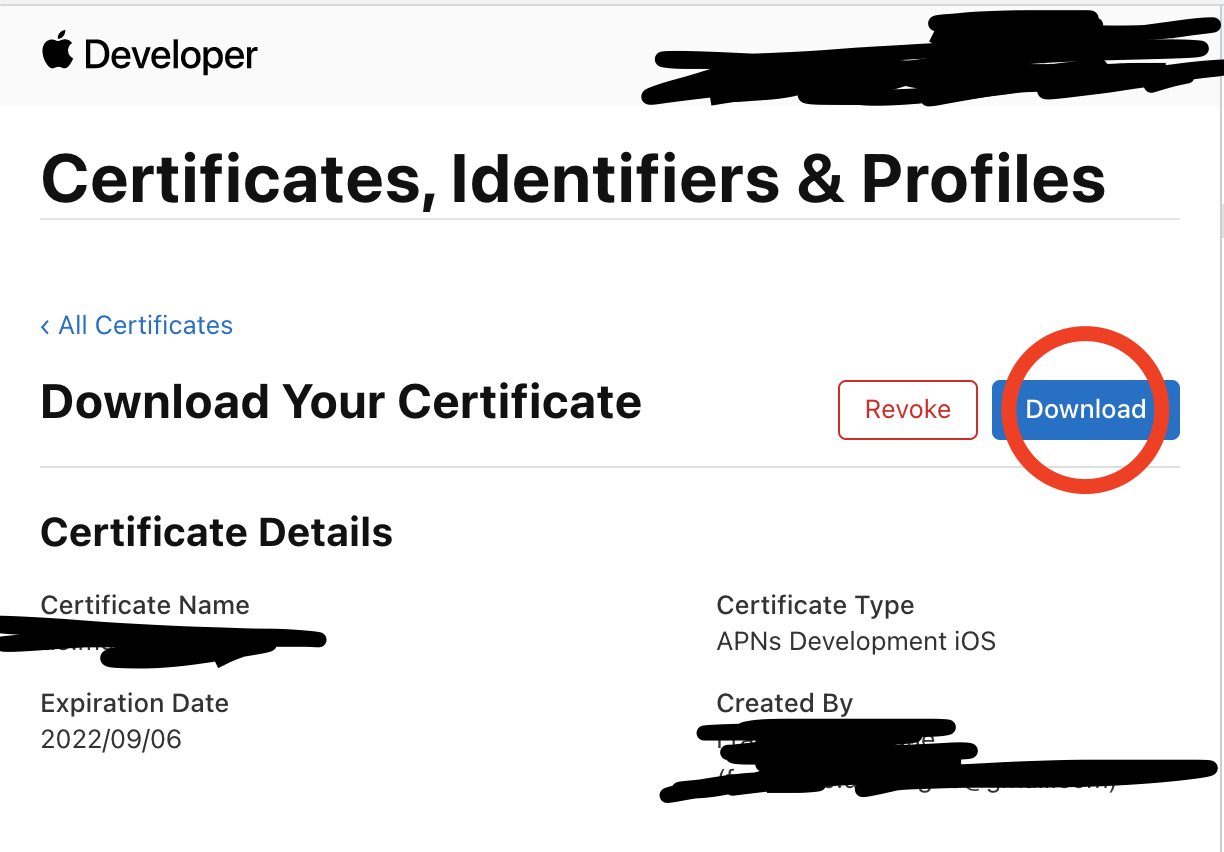 What the heck is going on? Why is the action from an unidentified developer in the first place? The developer should be Apple. What are they doing, again?

The file you've downloaded is not an action file. The file is a certificate and as such cannot be used with Automator and loaded as an action.

Instead rename the file to have the extension .cer and double-click it to load it in Keychain Access.

I managed to download the .cer files using Safari.

Not the answer you're looking for? Browse other questions tagged macos security automator keychain certificate .

0
Folder actions has stopped importing photos into iPhoto
1
Automator on unsupported apps: how to?
1
Signed application cannot be opened once downloaded - ("unidentified developer") error
10
App can not be opened because it is from an unidentified developer
1
Advanced configuration for email notifications about Apple Developer Certificates expiration
2
How do I configure an iPad to use EAP-TLS?
1
How can I see what permissions an enterprise app certificate has?
0
Default macOS certificates not trusted and not verified by third party
0
Trouble generating a p12 certificate for wallet signing
0
Behaviour of development certificate in apple developer portal and keychain