Disk is no longer encrypted?

I swap between two external drives for Time Machine backups. I swap every few weeks. I just swapped back to a disk that used to be encrypted but it isn't anymore. The backups are working but I no longer have to enter my password. I just checked now and the other disk is still encrypted. I also checked to see whether I added the password to the keychain and I can't find it. 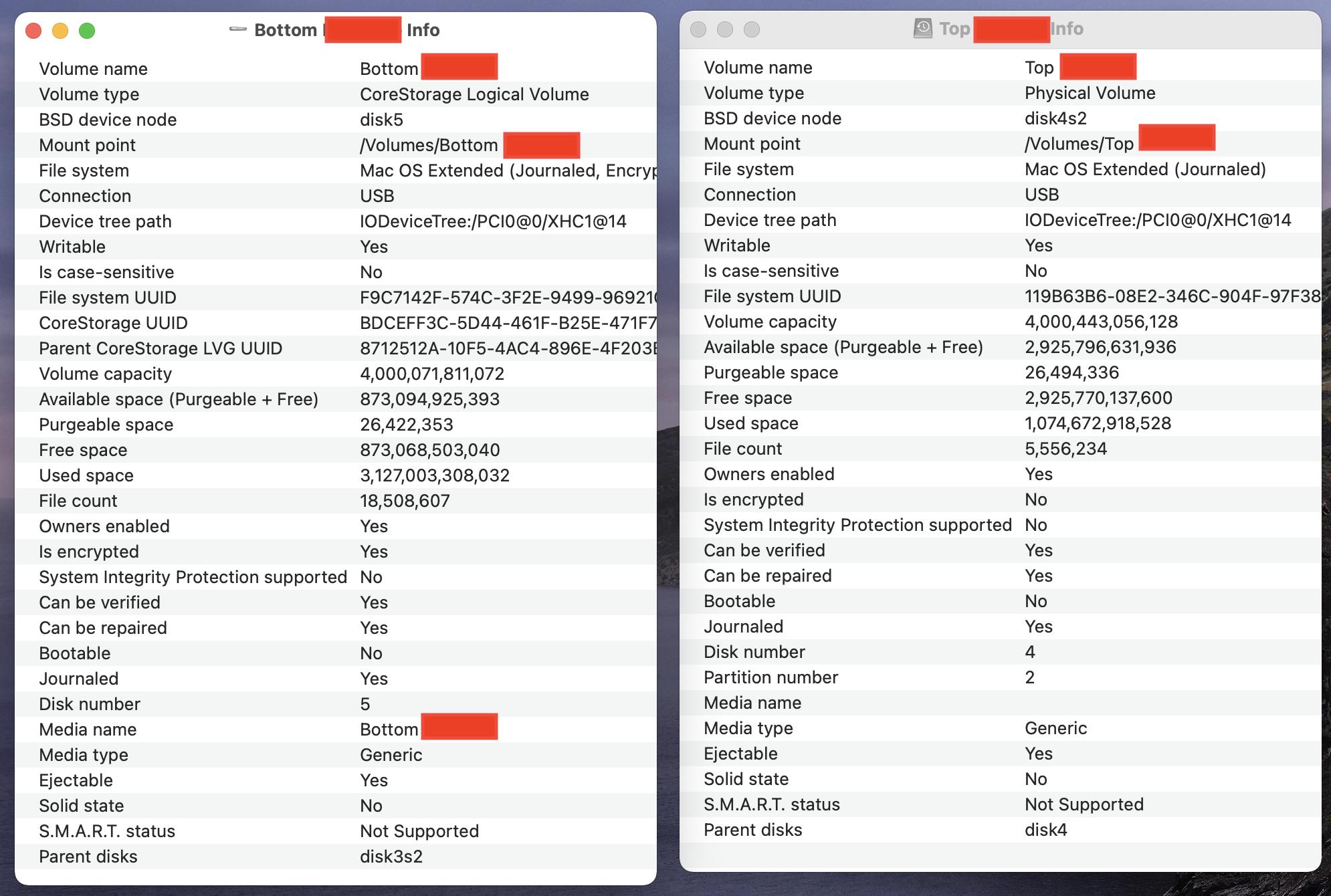 I have enabled FileVault on the system drive since I last used this "unencrypted" drive. Could that have caused this? Do I have to reformat and re-encrypt to reenable encryption? Is there any way to encrypt in place like I did with the system drive?

I noticed there are some questions already about similar topics but they seem to be really old. This is for Big Sur.

No, enabling FileVault on your system drive cannot cause an external drive that is not connected to suddenly become non-encrypted. It also doesn't do it to a drive that is connected.

If your external disk was ever encrypted, you have reformatted it or disabled the encrypted manually since then.

You can encrypt the disk without reformatting it by opening Finder, and then right-click the drive in the sidebar, and click "Encrypt Top xxxx" (the name of your drive). You are then prompted for a password and the disk will be encrypted in the background. You can use it while it is being encrypted, although it might be a bit slower.

Not the answer you're looking for? Browse other questions tagged hard-drive backup big-sur encryption filevault .

23
With File Vault ON are time machine backups encrypted?
3
Is FileVault distinct from Finder's "Encrypt ..." command?
1
Encrypting from the Disk Utility vs Finder
11
When does encryption actually happen in MacOS/OS X encrypted volumes?
3
Convert between FileVault 2 and Disk Utility encryption?
1
Slow speeds when moving data to an encrypted image. Method for speeding it up?
1
Multiple Time Machine backups, both encrypted and unencrypted
0
Timemachine backups to Encrypted APFS partition. Checkbox turn off encryption
0
Which encrypted items show a hint?