Use MacBook Pro LCD Screen as a standalone monitor

I took it apart and there's this fancy connector, attached to the screen (sorry for branding):

Is it possible to 'convert' this into a VGA or DVI or anything else, so I can use the screen as external monitor? 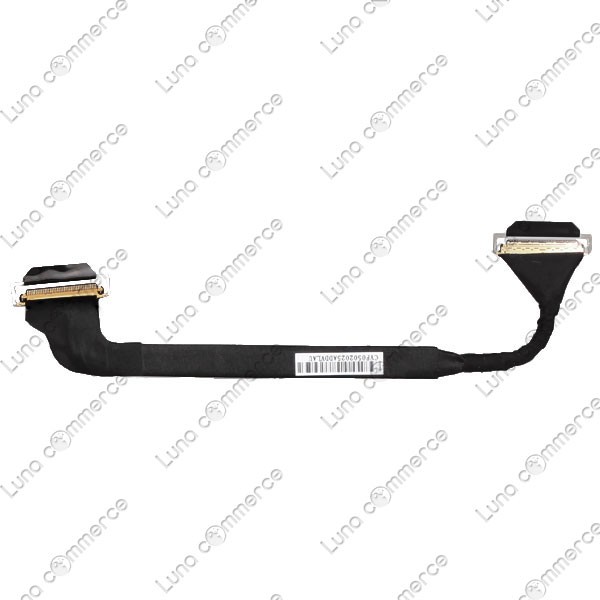 That is a proprietary interface and there is not going to be a ready made solution to get it to adapt to being used as a stand alone screen separated from a Mac Book Pro.

Your best bet would be to sell the MacBook Pro as parts on eBay or something and just buy an external LCD or put the cash towards your next computer.

Its going to be an engineering effort as referenced in a similar question Can my Macbook Pro's display receive inputs from other sources?. Here is the answer provided by "Fake Name":

Yes, but it's not worth it.

You would have to take the laptop apart, design and engineer a custom converter to drive the LCD interface (internally, it's going to use LVDS to handle the interface between the laptop's motherboard and the screen), and power it somehow. It also would probably render the macbook from which you removed the screen unusable as a laptop.

It would take a few hundred hours of engineering time, and cost a lot in prototypes.

You are better off just buying a separate LCD.

You can check out how these guys do the very thing you're talking about at this link. I'm considering it myself because I've got a 17" late 2011 MBP screen I want to repurpose.

I haven't used them yet but I'm planning on it. I'll do a little more research first.

Not the answer you're looking for? Browse other questions tagged macbook-pro hardware screen .

19
Can my Macbook Pro's display receive inputs from other sources?