How to fix partition table after resizing bootcamp, MacOS disappear

I have an issue accessing my MacOS data, can someone guide me how to fix this? I tried to increase the BOOTCAMP using MiniTool Partition Wizard. After that both MacOS and Bootcamp Windows disappear from the boot menu (Power on then press Option). Now I have to use a temporary MacOS on my extend SSD. But still can't access the data from the main MacOS. Do you have any idea on how to fix this, if I can use my MacOS and Windows as before that is great, but in case it is difficult at least can I access to MacOS disk to just copy some important data? I saw some post to fix this by adjusting the "hex" but I don't quite understand that, and it seems suitable for different case depending on different partition table, therefore I can't just apply blindly as my partition table is different with others. Below is my "diskutil list":

Please assist to guide me how to fix this if you know. Appreciate. Thank you.

To add info on what I did when resizing the Bootcamp: 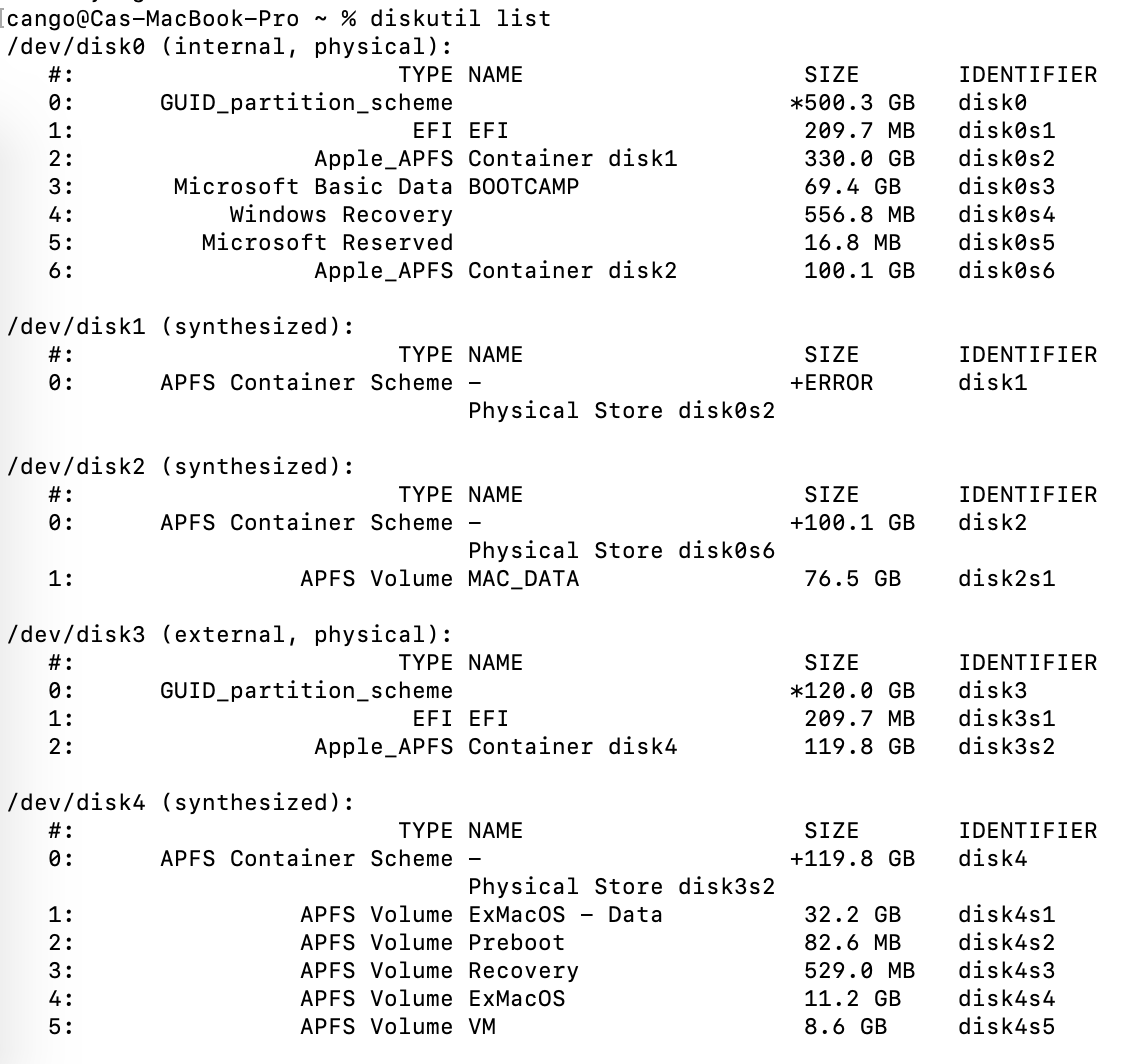 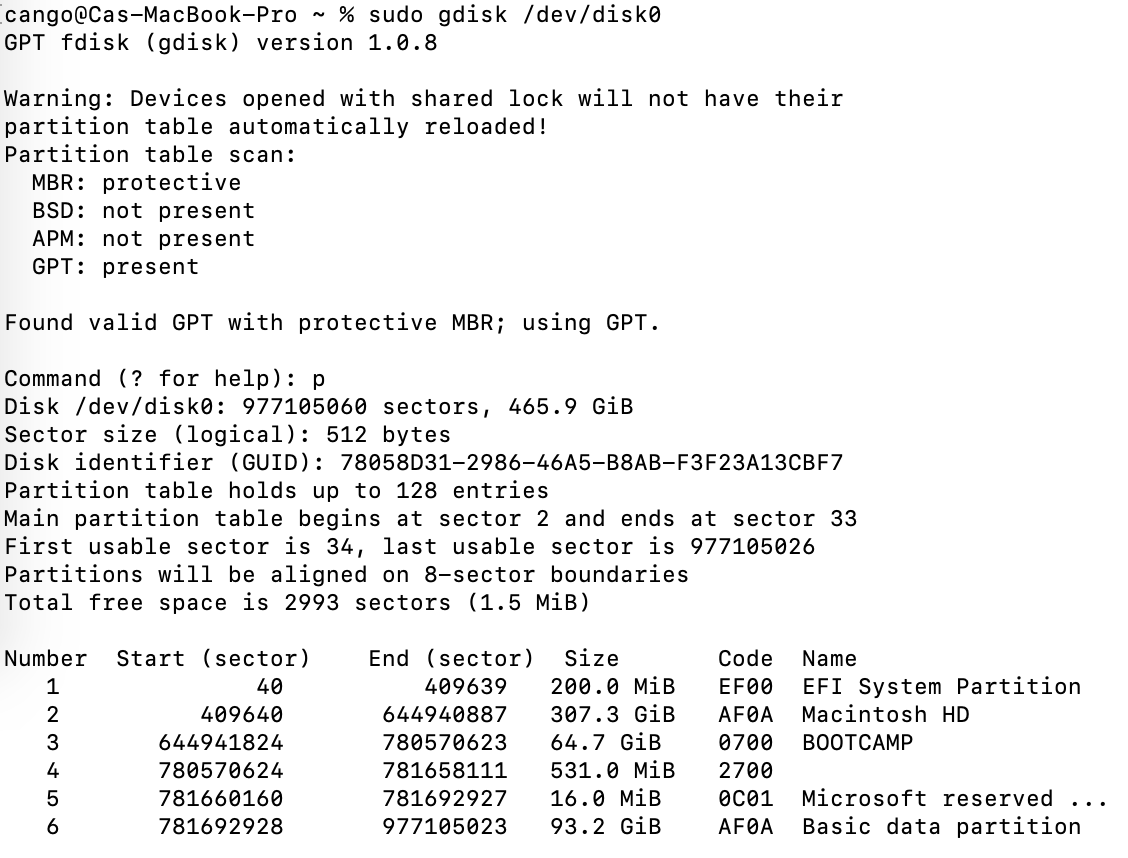 However, the output from the sudo gpt -r show disk0 command shows the size of the partition, with this APFS container, is only be 644,531,248 sectors, which is 329,999,998,976 bytes. This discrepancy would prevent any volumes in the APFS container from mounting.

I suppose, since the data on the macOS APFS volumes is important, the following commands could be used to remove the Windows partition and expand APFS partition to 340 GB. Hopefully, the desired volumes will mount and the data can be recovered.

Not the answer you're looking for? Browse other questions tagged macos bootcamp disk-utility partition .