Do the M1 Macs “shutoff” RAM or CPU Cores?

Is there any new way the M1 Macs manage memory or long running processes that would explain the behavior I describe below? I wanted to investigate what I might not know about the M1s before chalking it up to a software bug.

When I run BOINC (via Rosetta2) it runs without issue with one project per CPU core. But after some time of inactivity it seems that certain cores are "shutdown". I have observed this happening one core (bionic task) at a time with about 30secs between the next "shutdown". The BOINC software seems to interpret this as the system not having enough memory. As can be seen in the image each project needs <1GB of RAM to run. With the Mac having 16gb of RAM all tasks can run. 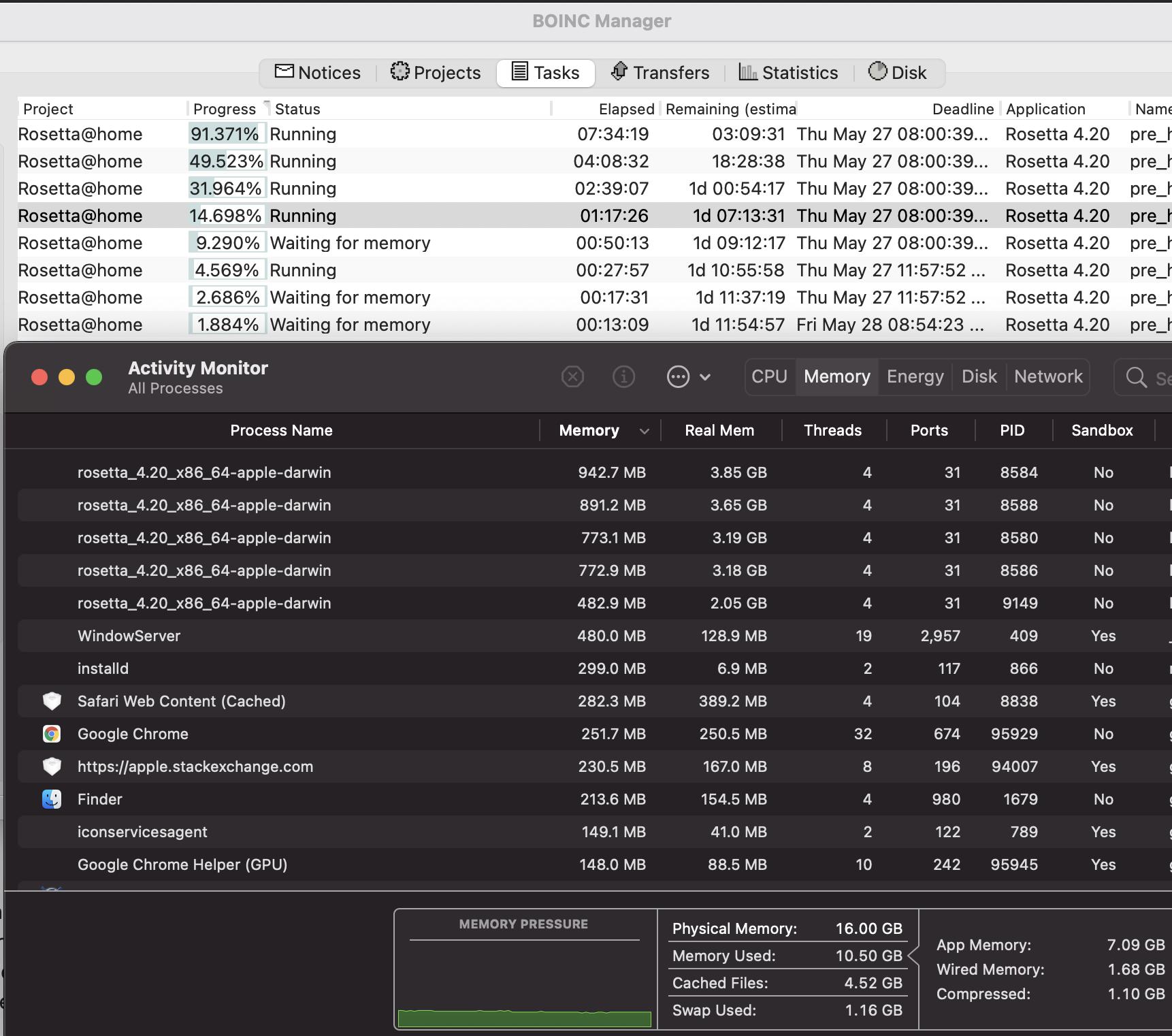 M1 MacBook Air with 16gb seems to "shutdown" cores or parts of RAM after a predictable amount of time of inactivity. 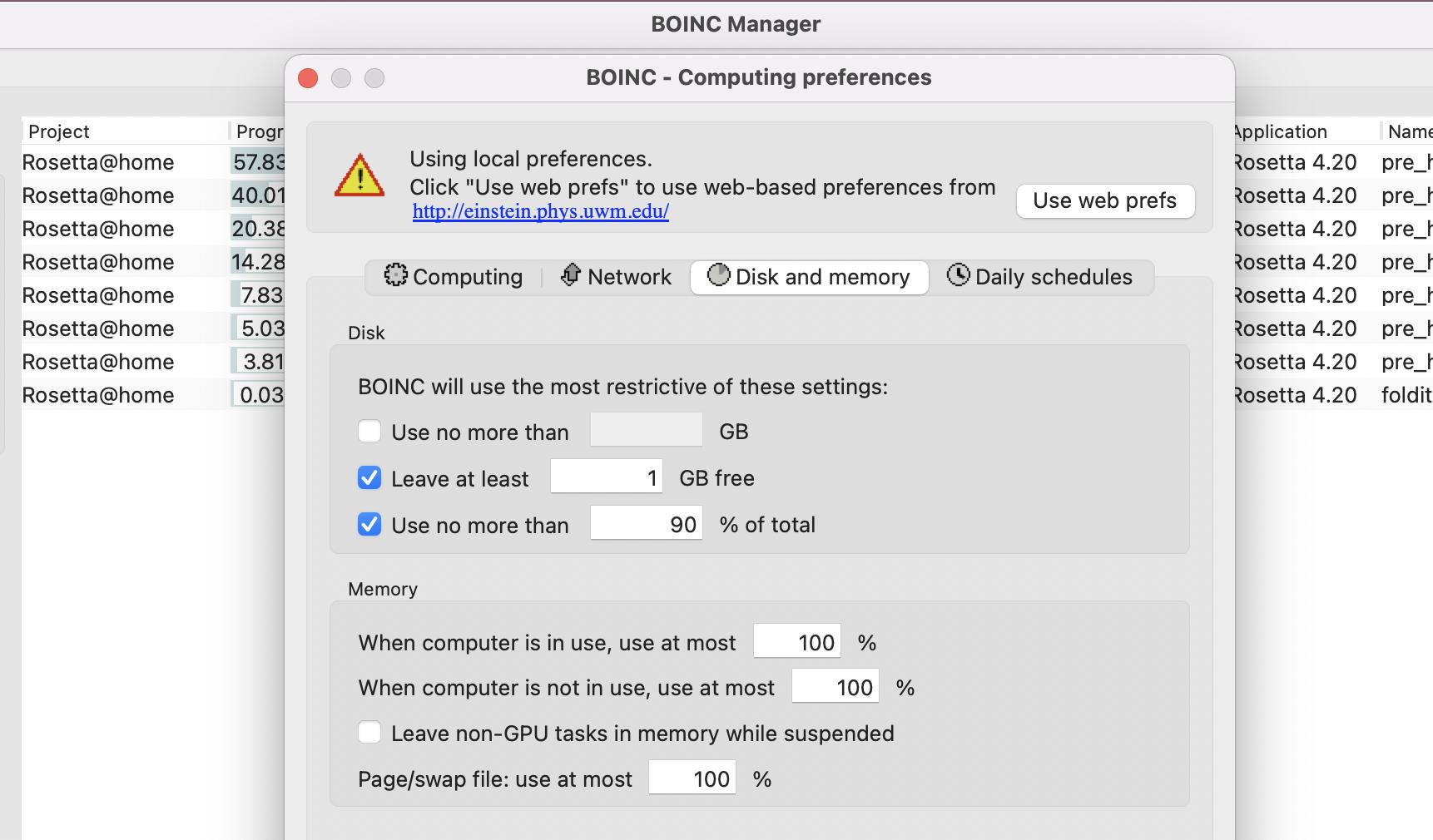 Remember to check your BOINC settings - you can actually decide how large a part of your RAM that BOINC can use. The lower you set it (all else being equal), the more you'll see "Waiting for memory".

Not the answer you're looking for? Browse other questions tagged memory m1 .

1
Should I reinstall the OS after restoring from time machine?
18
Mavericks unusually high RAM usage
0
Why would my Mac be slow after inactivity and then get to full speed after 20-30 minutes of use?
4
sleepimage wrong size
148
How to investigate high kernel task memory usage?
0
Limit Total Size of Cached Files
2
2010 Polycarbonate (White) MacBook: Has anyone tested to run with 2x1600MHz DDR3 16GB memory?
2
macOS wastes RAM on Mac with 64Gb RAM