Is there a multi-tabbed terminal emulator for macOS that can be run with a different $SHELL on each invocation?

I have an old application I've been using on Linux for a quite a while that I like very much, and I'd like to use it on macOS sometimes.

It's called hcm, and it lives at https://stromberg.dnsalias.org/~strombrg/hcm/

It's mostly about running commands on remote hosts (mostly X11 graphical applications, but some interactive shells), a little like putty, but with predefined hosts and commands.

Is there a macOS terminal emulator, preferably an opensource one, that will respect $SHELL on each invocation? I gave iTerm2 and kitty a try, but they seem to ignore a test $SHELL. Alacritty wouldn't even run, with or without a test $SHELL, saying "Alacritty cannot be opened because the developer cannot be verified."

This answer is not using $SHELL, but achieves the same result and more easily.

iTerm2 profiles, as well as setting colour scheme, can use a specific shell for each profile.

As an example I have set the builtin Red Sands profile to bash and not the default login shell (zsh). 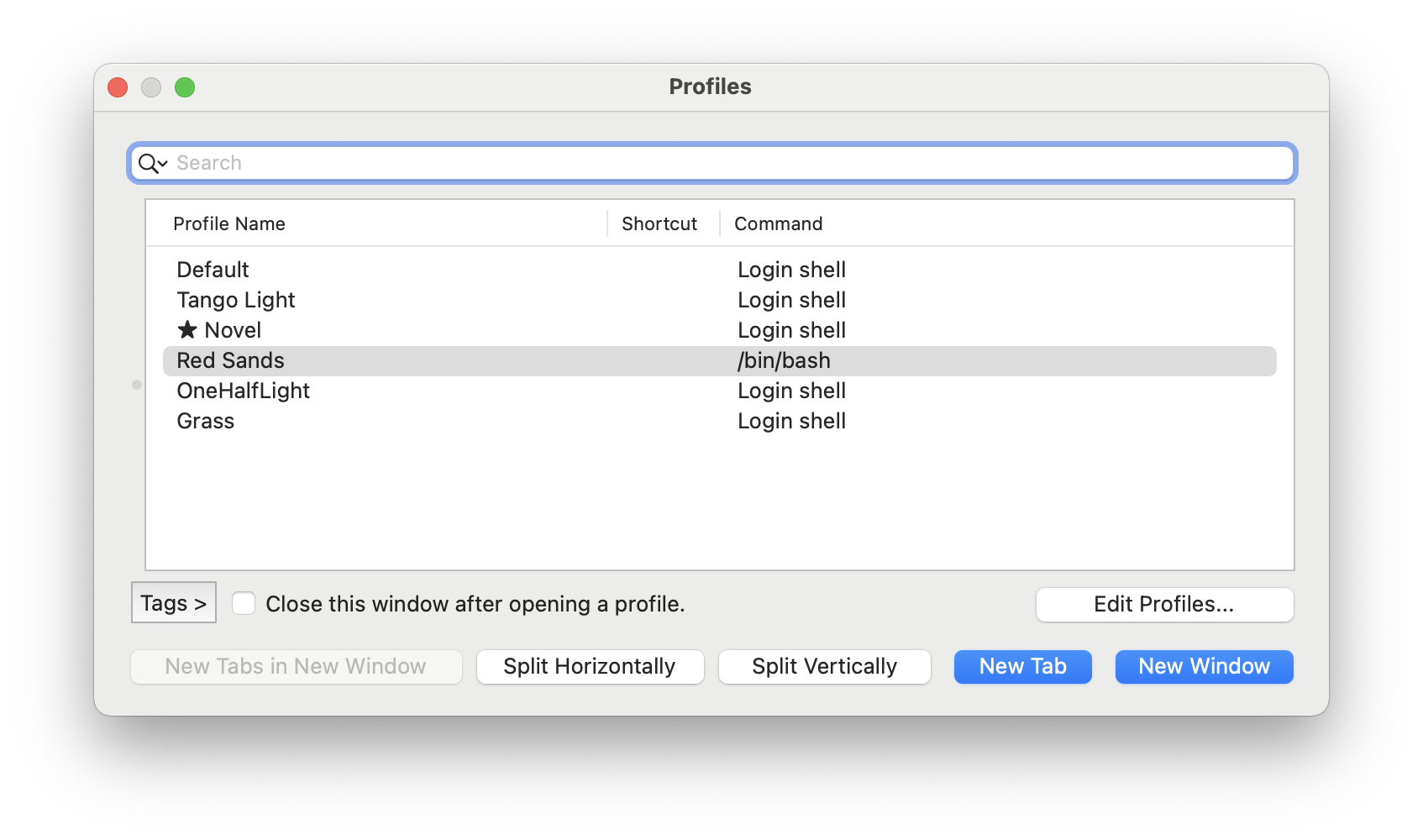 Add profiles or modify them with "Edit Profiles...". Here is Red Sands with a custom shell. 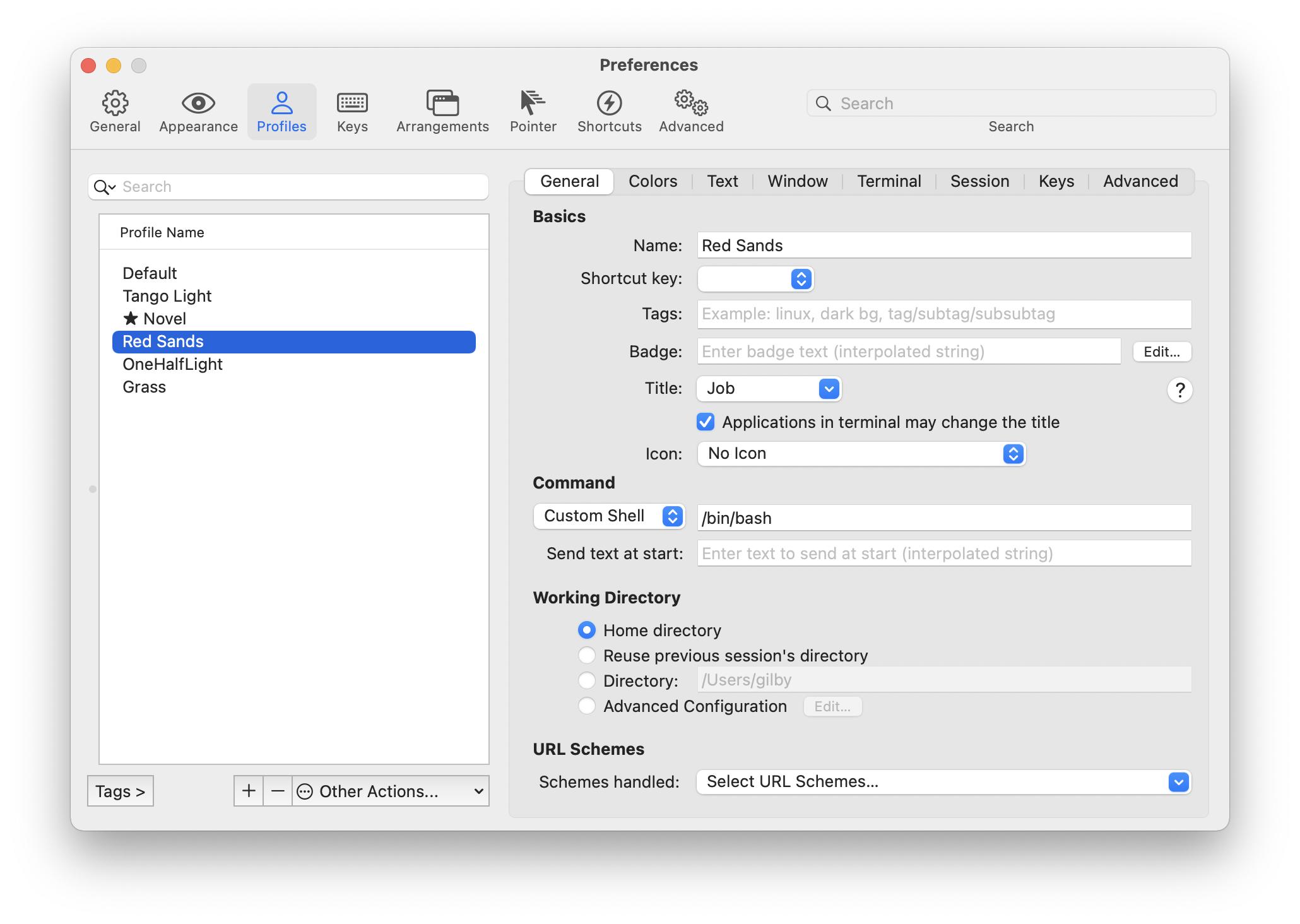 Now return to the main iTerm2 window and, in the menu bar, choose Profiles -> Red Sands. This opens a new tab running bash. 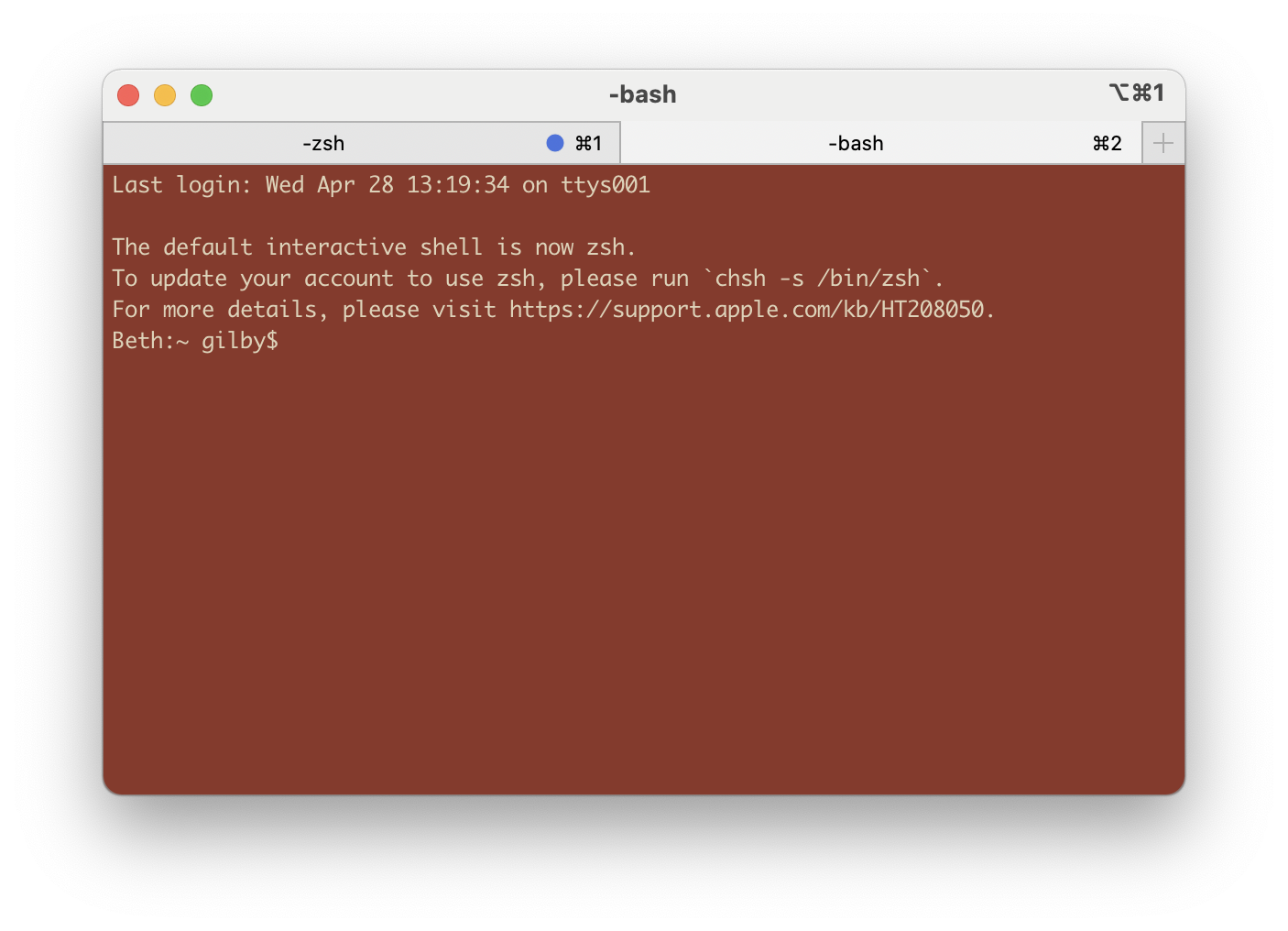 Taking this a step further (you want to run ssh for remote access) you can run a command when starting the shell/tab. Here I have added an ssh command to my Red Sands profile.

So setup however many profiles you want for the different shells and actions you need.

Note: My iTerm2 expertise is at the beginner level. I am sure you can do much better than me and, if not, someone else will have a better answer.

GilbyGilby
6,63611 gold badge1515 silver badges2424 bronze badges
2
Add a comment  |
1
Want to improve this post? Provide detailed answers to this question, including citations and an explanation of why your answer is correct. Answers without enough detail may be edited or deleted.

Did a little searching around and that seems quite useful, although how close it is to what you were looking for, I don't know. It's in MacPorts.

Not the answer you're looking for? Browse other questions tagged terminal iterm .