macOS Time announcement -- how to speak a longer phrase

In macOS (Big Sur), ever since I did:

the system announces the time as, for example, "four-thirty," whereas it used to announce the time as "It's four-thirty" (with the word "it's" and, on the hour, "o-clock").

After each change, I've killed the Dock to reload the preferences.

How do I get back the "it's" and "o'clock" wording? What values can TimeAnnouncementsPhraseIdentifier take on? 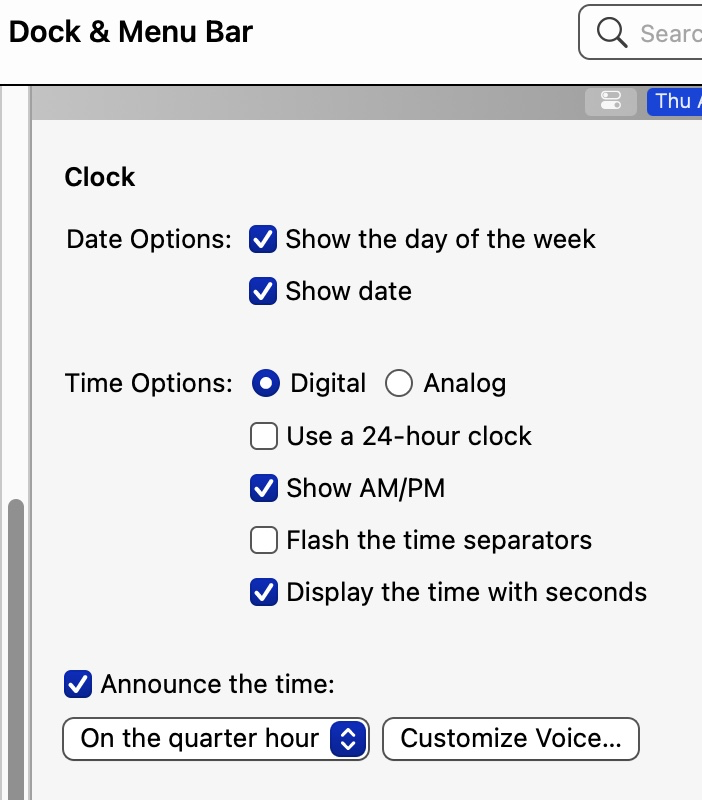 But, my original idea of using defaults write to change the plist didn't work anyway. The changes do not take effect without a reboot because the OS caches the plist.

Not the answer you're looking for? Browse other questions tagged macos big-sur system-prefs .