How to "resize" side-by-side windows SIMULTANEOUSLY on Mac?

I recently switched from Windows to Mac M1 running Big Sur and can't find a feature that I had on my Windows Laptop.

On windows, I had AquaSnap installed, which has really nice features. One of those is that when windows were next to each other, I was able to resize the windows simultaneously when they were next to each other. E.g. when I want to make one app bigger and the other side smaller, I just pressed Ctrl while dragging one app to a side and both sides got resized.

I found a video on YouTube where somebody did this on the Mac, but in the video, both apps went into full-screen mode (and obviously shared the space). However, my Mac does not behave like this (i.e. does not go into full-screen mode and also does not resize both apps simultaneously when resizing) and I think this behaviour was part of an earlier software version.

Is there another (simple) possibility to activate this feature?

It is worth mentioning that on my Mac I have BetterSnapTools installed, but did not find such a feature there.

To learn more about Split View in macOS, have a look at this support document: https://support.apple.com/en-us/HT204948.

If you would like more configurations options, or you would like to extend this mechanism to more than two windows on one desktop, using a tiling window manager like yabai would be an option.

For example, if a couple of windows are on one desktop using yabai, resizing one of the windows makes the other windows adjust their sizes accordingly. 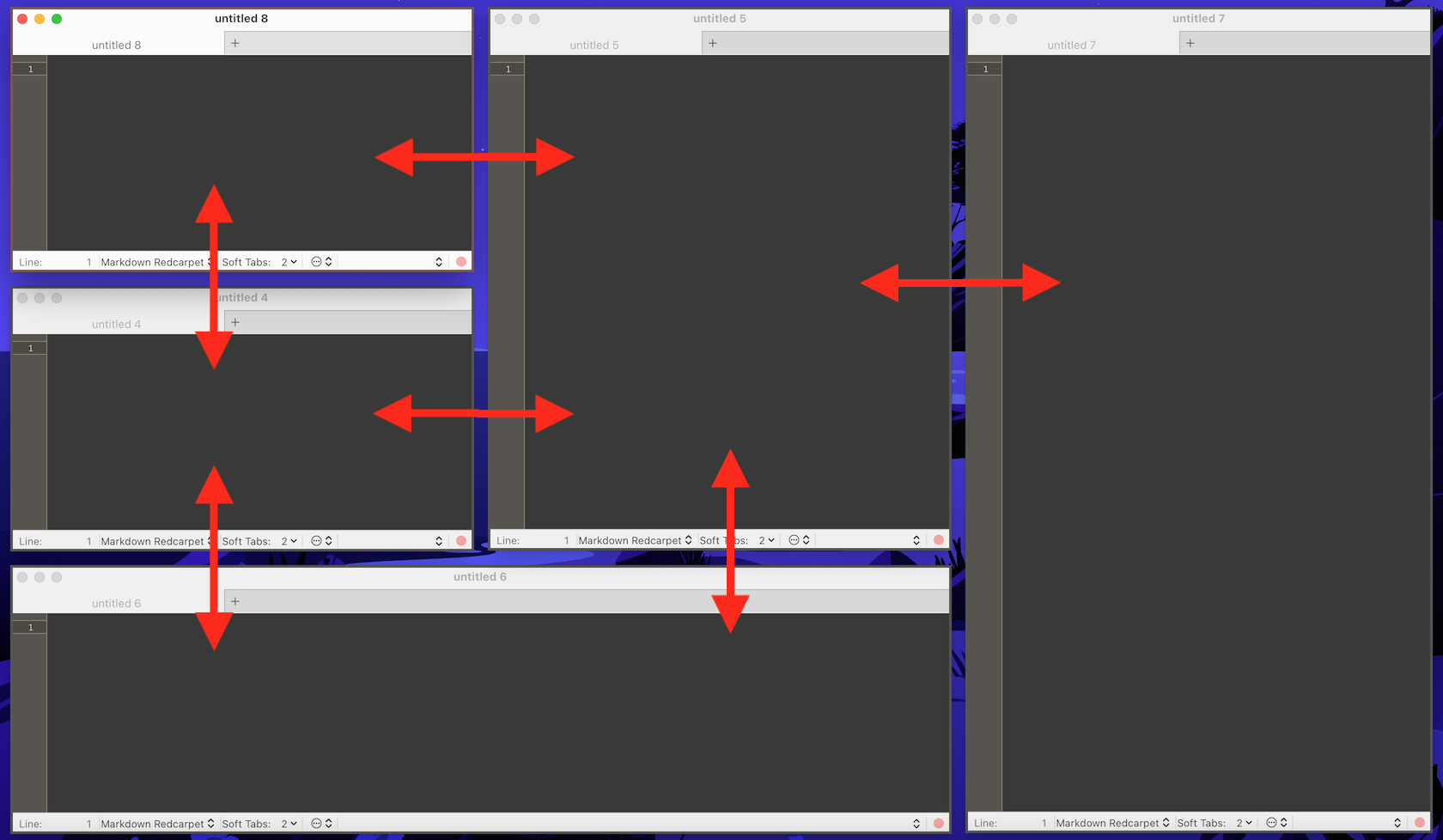 yabai is a window management utility that is designed to work as an extension to the built-in window manager of macOS. yabai allows you to control your windows, spaces and displays freely using an intuitive command line interface and optionally set user-defined keyboard shortcuts using skhd and other third-party software.

Have a look at this wiki to learn more about the tiling-configuration options.

Not the answer you're looking for? Browse other questions tagged macos windows window-manager .

2
Mac and Windows dual boot problem
0
Attribute appropriate amount of resource to run Mac OS + Windows + Ubuntu simultaneously
12
Windows-Logo-Key + Left/Right Arrow -- Keyboard shortcut equivalent on Mac
1
Resize Mac Partition is Disabled - how to partition properly
2
Showing Windows apps in Parallels Coherence with mac-style title bar with red/yellow/green dots on left?
1
How to resize partition after failed installation of Windows 10 via boot camp?
0
How to use Catalina window snapping feature?
12
Is there a way to switch virtual desktops on my monitors SIMULTANEOUSLY?