Running Windows 10 on Boot Camp on a MacBook Pro Retina from mid-2014 (with Catalina, if that makes a difference). Bluetooth was working fine till last night. Today it installed a system update and Bluetooth is no longer working on Windows.

In Settings, it says Bluetooth is on and lists all the paired devices (currently only a Voxon mouse). I use a Belkin numeric keypad as well, but when I noticed it wasn’t working I removed the device from the list thinking I could just add it again. Big mistake. Now my computer can't find the keypad when I click on “Add Bluetooth or other device”. The keypad is literally right next to my Mac and has newly charged batteries. I also tried with a different pair of batteries at about half charge, so it isn’t that. It works perfectly with macOS.

My mouse doesn’t work either despite it showing up on the list of paired devices (again, tried changing the batteries without success). Again, works with macOS.

I thought it was a driver problem, but I can’t find a list of drivers for Belkin keypads on Belkin’s website, Apple’s website or Google. All the Google results I can find for BlueTooth issues on Windows on Boot Camp are from 2016 or earlier and terribly outdated.

It would only let me uninstall the latter two. Bluetooth still not working. 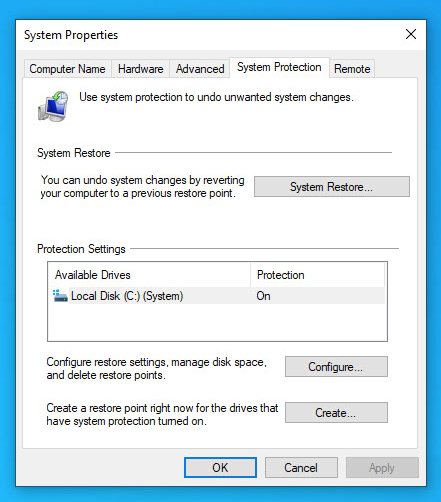 Selecting the System Restore button opens the window shown below. 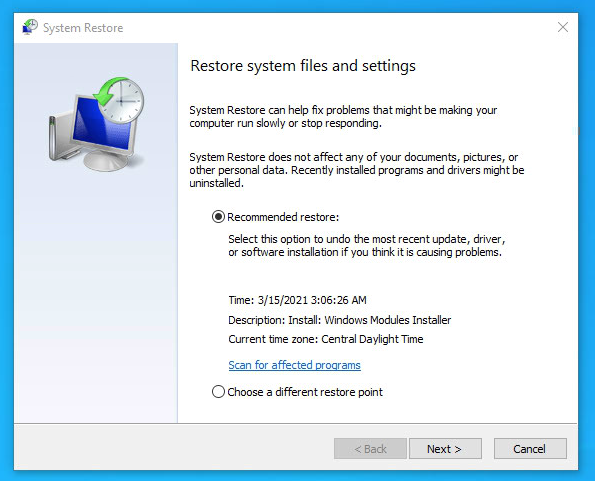 By selecting the Choose a different restore point radio button followed by the Next button, a list of restore points can be displayed, as shown below. 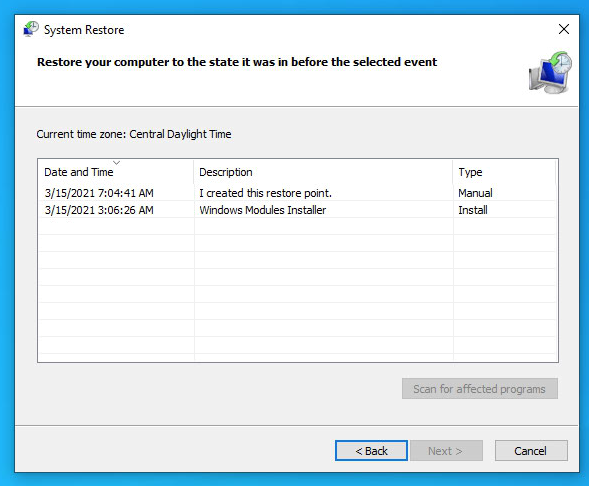 You may want to create a restore point before making a major update to Windows. A restore point can be deleted later to save space.

Not the answer you're looking for? Browse other questions tagged windows catalina bootcamp bluetooth .