Is there anyway I can get High Sierra installed via a USB or external hard drive so the firmware partition updates, so I can then see the new Auro Pro X2 480gb SSD and install new system on to it?

I've tried formatting USB keys and hard drives in different ways but keep getting the missing firmware partition message on anything I do.

The OWC installation video has the following caution message. 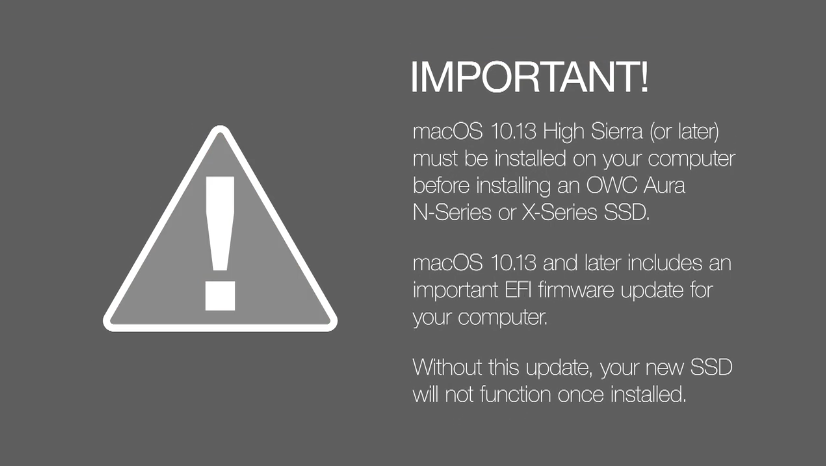 High Sierra has a firmware update. To install this update, there needs to be an working internal drive compatible with the existing firmware. The original apple SSD was compatible. The new Aura Pro X2 480gb SSD will be compatible once the firmware update is installed.

I assume you have not ever had High Sierra or a newer version of macOS installed on your Mac. I assume this true, because you state the Disk Utility on the High Sierra installer does not recognize the new Aura Pro X2 480gb SSD when installed in your Mac.

Trying to install High Sierra to an external drive does not solve your problem. The firmware that updates itself requires an internal drive.

Not the answer you're looking for? Browse other questions tagged high-sierra ssd firmware .

0
Select the disk where you want to install macOS?