I have a personal iPhone XR. A couple of weeks ago my boss wanted to get business cells for a few of us (I'm a customer facing landscape designer) so we could ignore work calls when we wanted to. As a Mac/apple user for years but I'm no power user or anything, we selected 2020 iPhone SE.

Mostly what I've missed is group texts that include android users. At first I thought it was because it's only pushing iMessages through and not true SMS, but I miss texts from some android users but not all. Also I get regular SMS pushed through to my laptop and iPad....so that doesn't seem to line up. 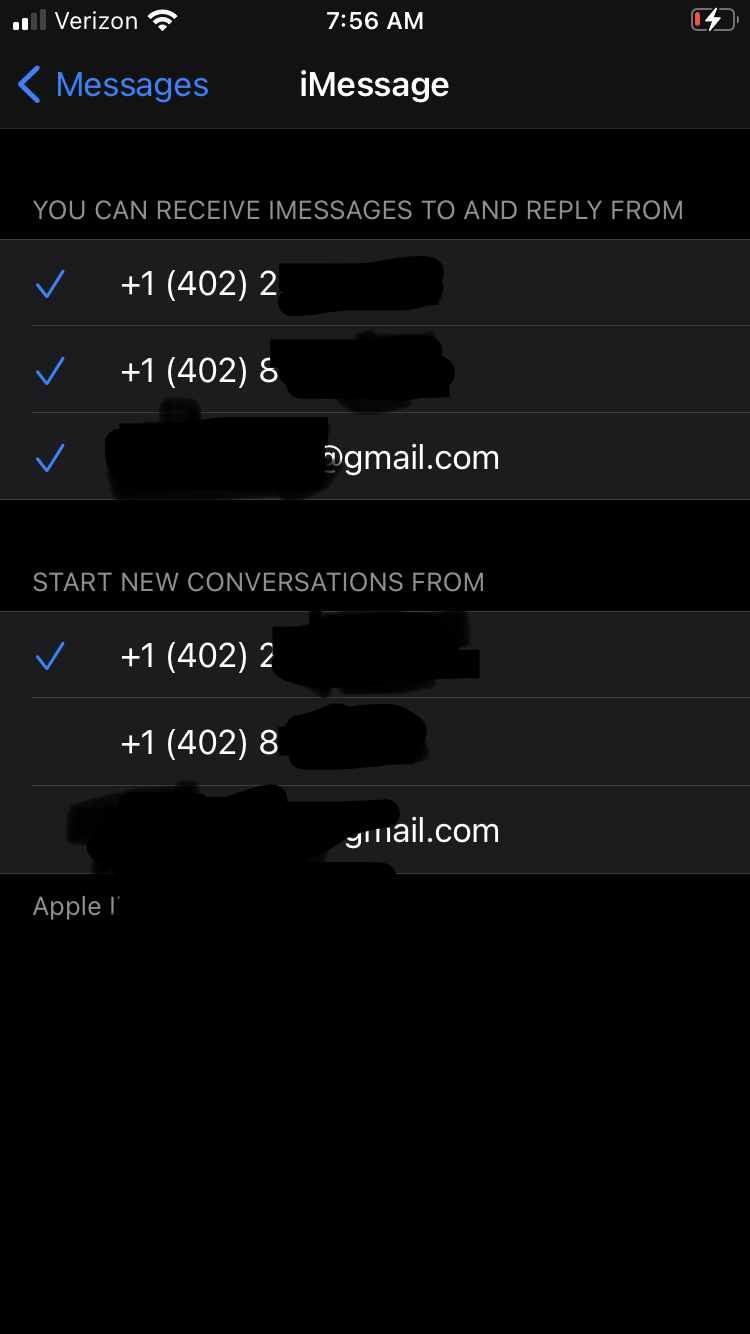 Is there a general fix for having two phones, and allowing the personal one to forward everything to the work phone and being able to switch that on and off cleanly once a day?

In the UK the phone providers will charge extra for MMS which do do group messages but not directly supported by Messages by default.

This is one reason to use WhatsApp, Signal etc.

Not the answer you're looking for? Browse other questions tagged iphone sms .

0
Not receiving droid texts on iphone
0
Seeing SMS messages on iPad and iMessages on iPhone
1
Complete mess with iMessages and SMS messages and different devices…help
0
Friend with Android phone and Mac computer defaults to iMessage in Messages
1
Name of sender of SMS or iMessages missing, only number shown
4
How to stop iPhone users from unintentionally sending texts to my email address
1
Apple VPP apps asking for user's password when updating applications
0
How can I make sure texts from friends with iPhones don't go to iMessage instead of my Android phone?