Disk Space taken up by misc/other - not TimeMachine

I have OS X 10.15.7 running on a 500GB SSD and OmniDiskSweeper, GrandPerspective and System Information show that I have used about 270GB but only have about 30GB free. OmniDiskSweeper just counts what is there, but GrandPerspective shows 191GB of "Miscellaneous used space" (big grey box on the side) and System Profiler lists it as 'Other'. I know I should have loads of space because I moved my Photos library to an external disk and I was sitting at over 100GB at that point, but in the months since then it has ticked away.

I've tried tmutil listlocalsnapshots / but nothing shows up.

Something curious but possibly unrelated things

1: the disk drive has that second partition "- Data" and it is listed as 500GB too. It may be just me misinterpreting the read out, or poor interface design on Apple's part. The reason I mention this is that Disk Xray Lite also seems confused about disk space, claiming I have used 536GB, presumably because it has counted System > Volumes > Data > Users as well as Users, despite them appearing to be the same thing.

2: I replaced ~/Library/Application Support/Mobile Sync/Backup with an Alias that is to an external drive. I think it only backs up when that drive is plugged in, but maybe it is writing to 'other' 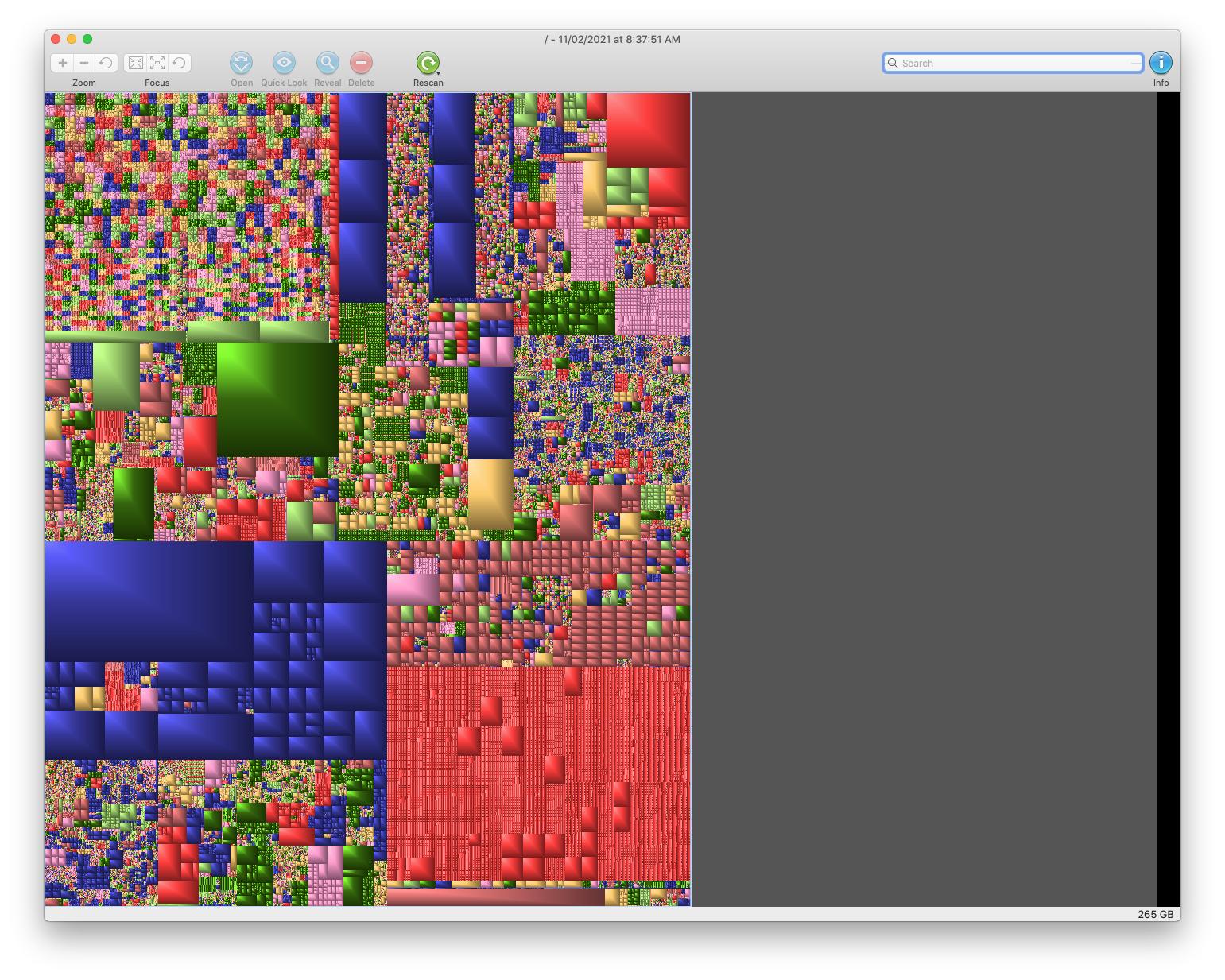 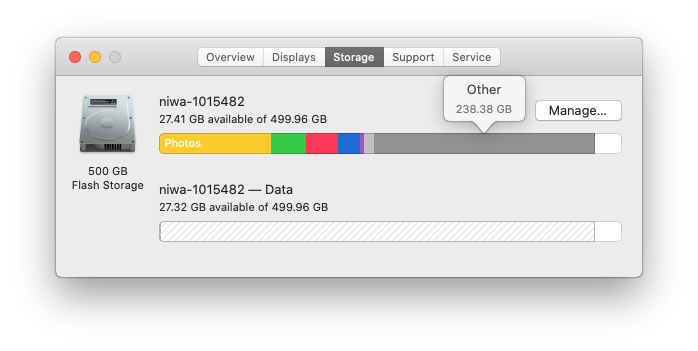 Some additional shots from Disk Utility to help diagnosis. The numbers have changed a little bit because I have deleted a few gigabytes, but the balance is the same 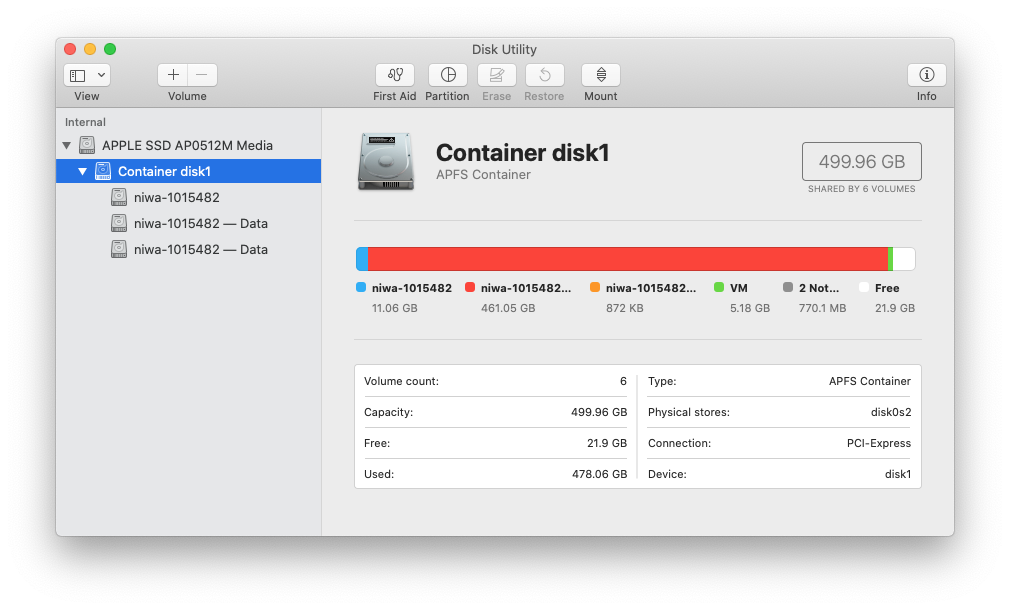 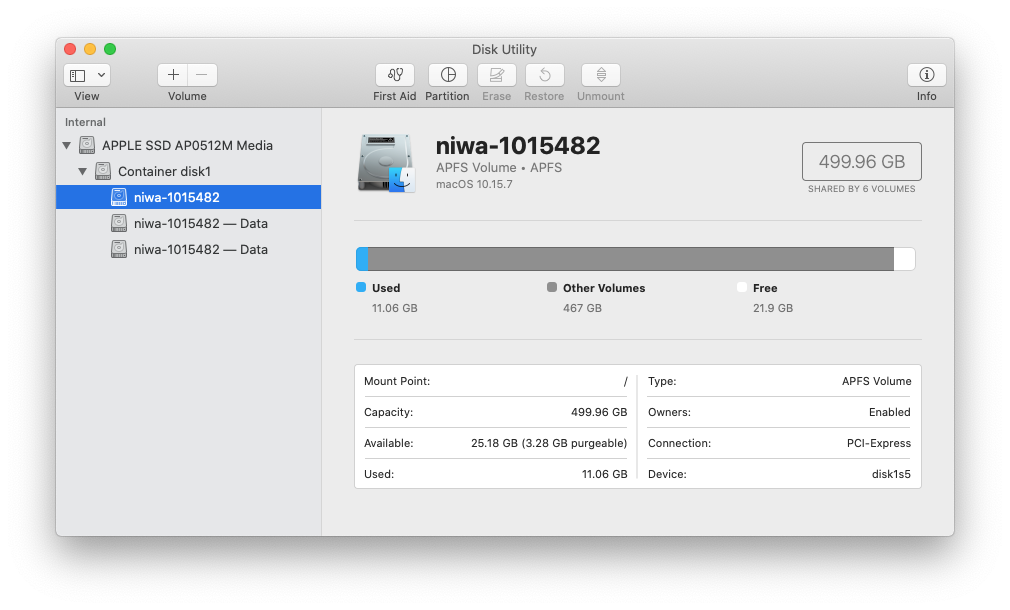 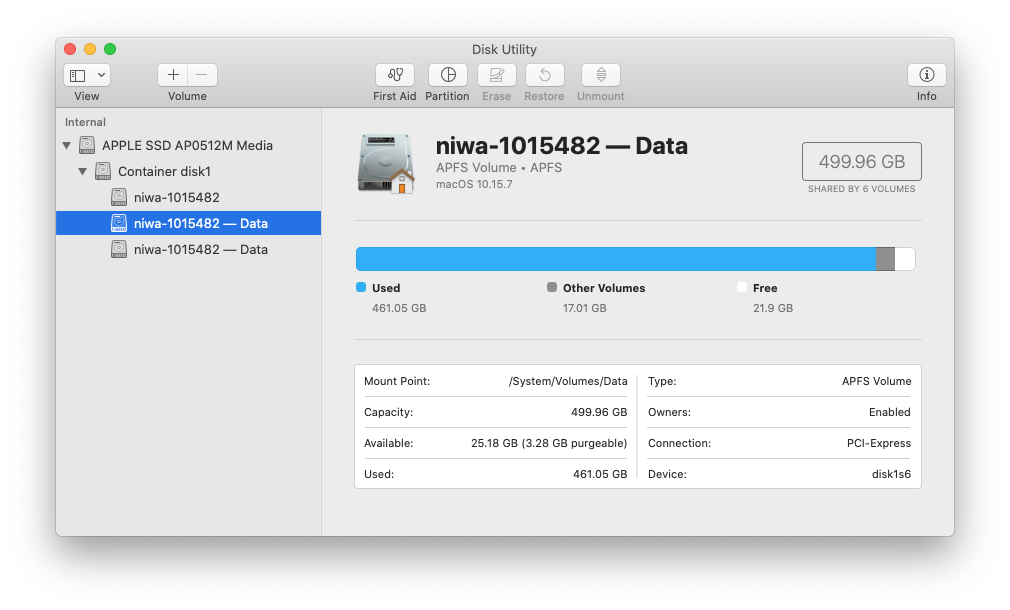 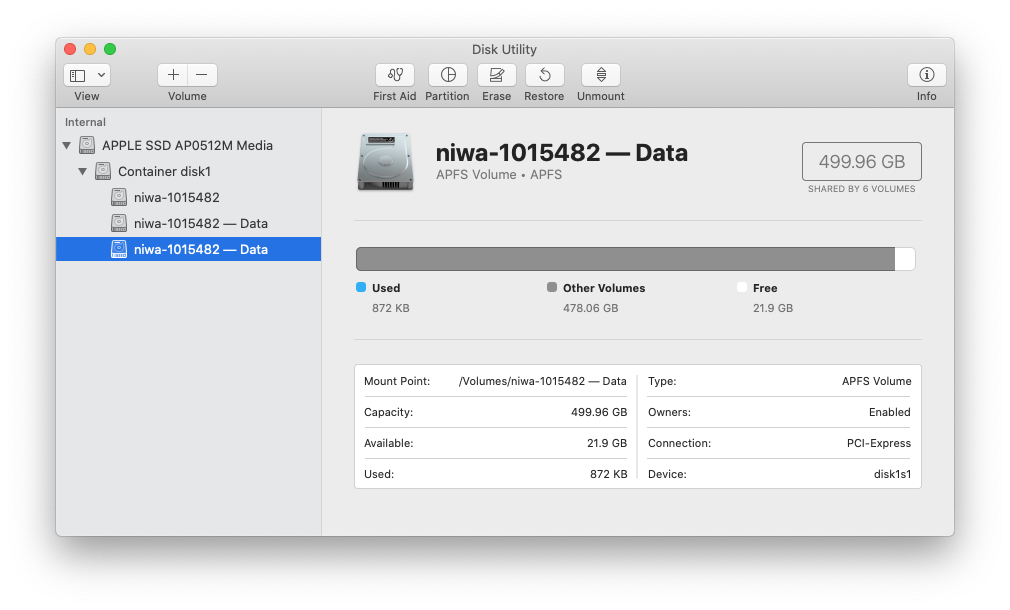 Disk Utility trying First Aid on one of the volumes 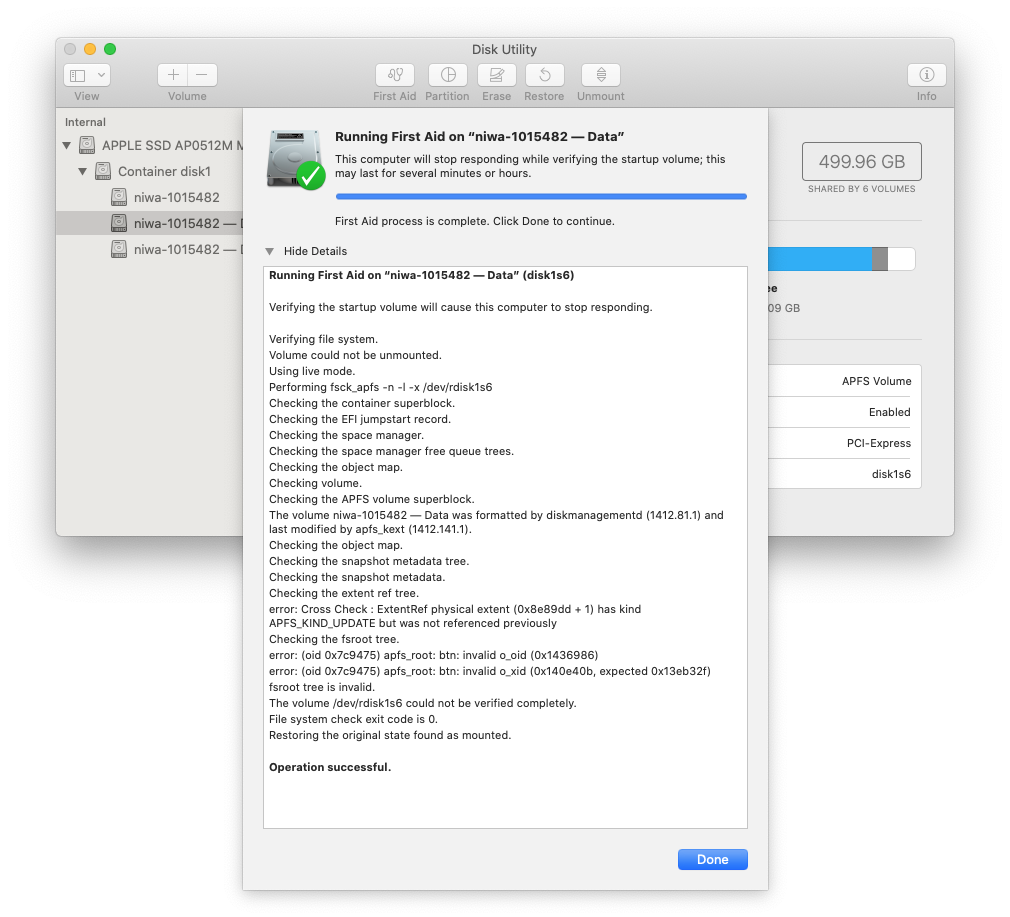 Are there multiple users set up on this machine? The screenshot of About this Mac -> Storage shows that there are lots of "Other" files on this partition, which usually means files outside of your user's home directory (and probably hidden/inaccessible).

By default, OmniDiskSweeper can only size folders which you can read. You may use Terminal.app to launch OmniDiskSweeper with root permissions to track down files your regular user can't access:

Also, /usr and /private are 10x larger than usual.

As for the second Data partition: That is weird. I would consider reformatting (after a full backup, of course).

May I inquire if you are running, for example, "iCloud sync" for documents, or have an app by Box.com or Dropbox with "locally Synced" files.

Lastly, I would check your iCloud photo library file in pictures and see how big it is.

Let me know if that helps.

Not the answer you're looking for? Browse other questions tagged macos disk-space .

22
Gigabytes of disk space shown as hidden space in DaisyDisk
1
Why Mac OS X requires any amount of free disk space?
5
Finder Reports Disk is Full, Other Tools Don't Account for it
6
OS X 10.9.4 shows wrong used disk space
0
Where is my disk space going?
4
Large amount of disk used by "System". Time machine not to blame. What's taking up so much space?
1
Strange: Disk space is not free after removing file