Recently my MacBook Pro (Retina, 13-inch, Early 2015) with 251 GB Flash Storage and Mac OS Catalina 10.15.7 started complaining about not enough space left on the hard disk. So I started deleting stuff. But to my surprise that didn't free up memory on the hard disk. Using the Storage Management App I saw, that for example deleting an Application reduced the storage used by Applications, but increased the storage in the category Others.

As an example see the first screenshot before deleting Microsoft Word 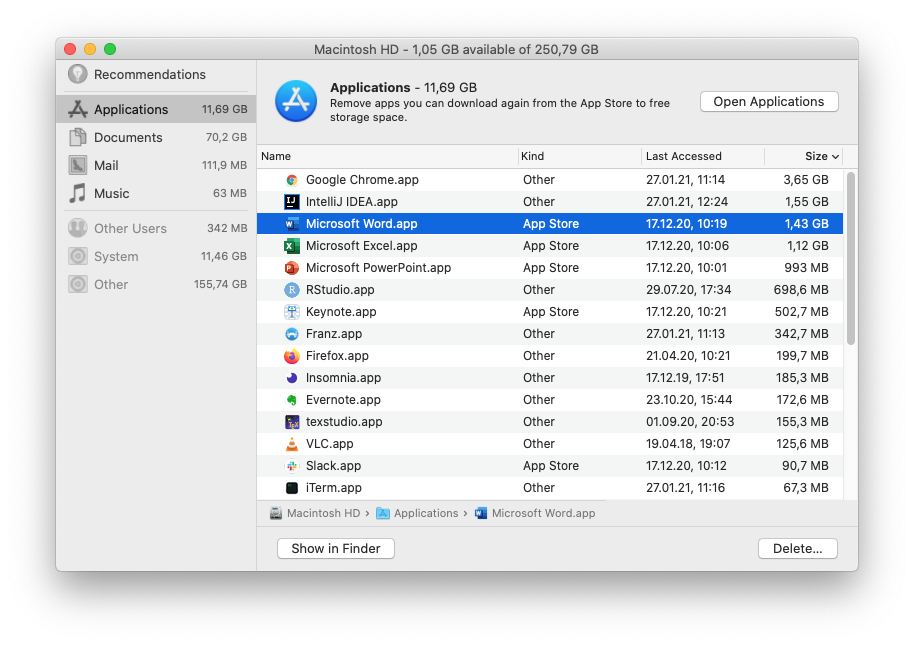 and the next screenshot after deleting Microsoft Word 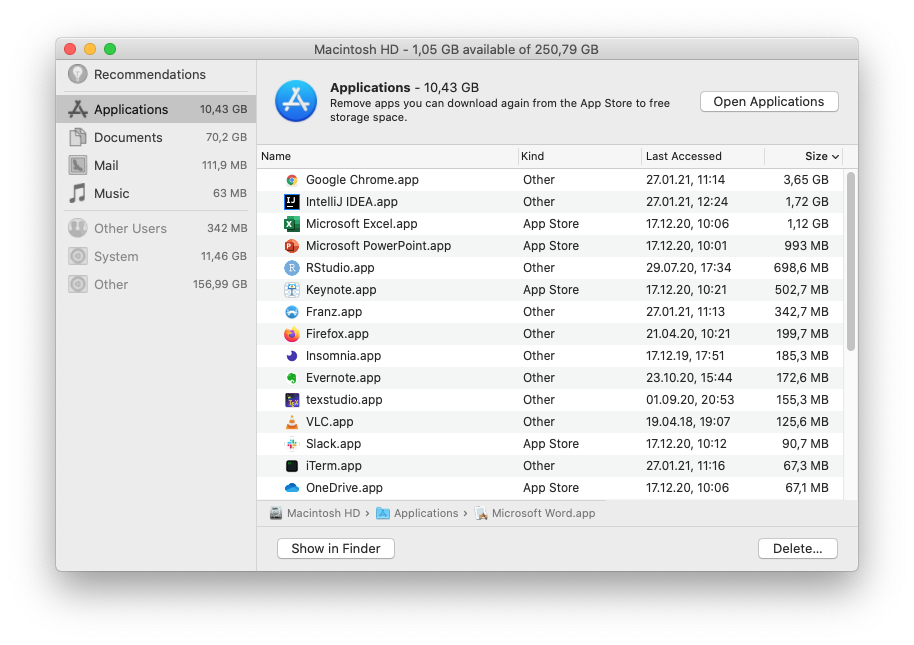 I also looked at the issue using the terminal. Before deleting Word I saw this

After deleting Word I got

I tried to follow tips on the internet like deleting localsnapshots from time machine, but I simply have none. I also tried to rebuild the spotlight index, but it also didn't help. I started in recovery mode and checked with disk util and saw the following: Snapshot is invalid 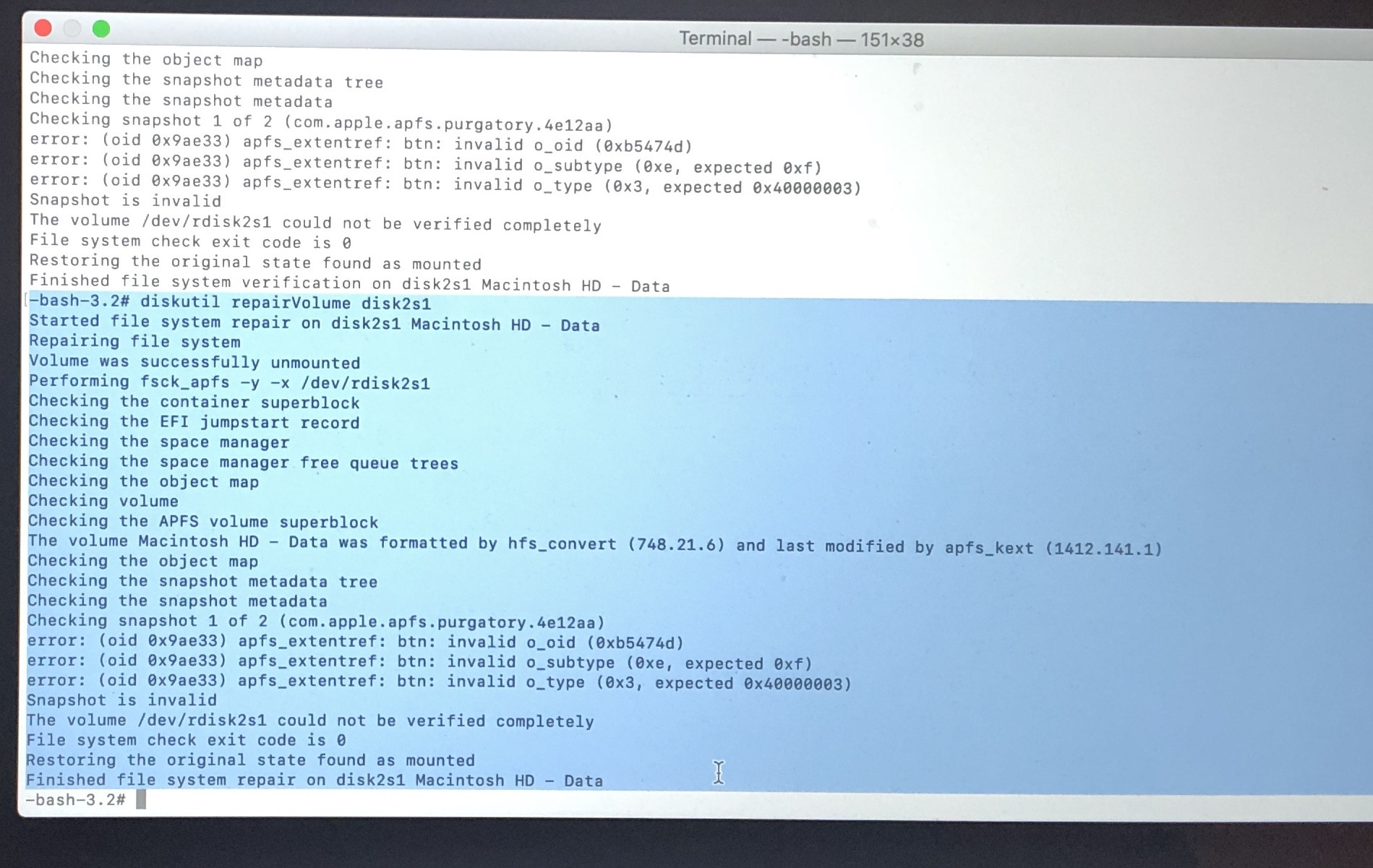 But diskutil still thinks everything is ok and didn't repair anything.

What could be causing this strange situation? And what could I do to get more free space finally? Or is my only option left deleting the whole disk and reinstalling everything again?

After you delete those files you want to be sure to empty the trash. Try that and see if the space disappears.

This situation is normal for Catalina on up, due to the way that the file system is managed by the OS. See here: What's /System/Volumes/Data?

You can check out OmniDiskSweeper to find files/folders that are taking up space.

Not the answer you're looking for? Browse other questions tagged terminal hard-drive disk-utility ssd storage .