I have arrange by kind turned on at all times, yet sometimes I see a strange bug: 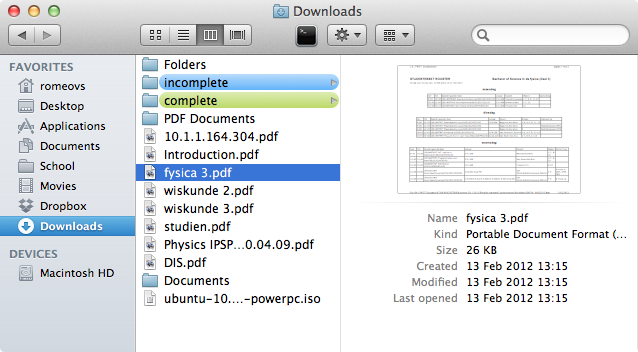 As you can see, the arrange headers: "Folders", "PDF Documents" and "Documents" do not show up properly. They are shown just as folders. I cannot select them or move them.

Does anyone else have this bug? What can I do about this?

The bug persists, even after I did a clean install.

I too have seen this bug. This is an issue with Finder's styling of headers in column view (and maybe other views).

The list interface headers are not "interactive" per-say (meaning selectable and movable), however there is a bug with Finder's styling of the headers for arrange/sort by kind which when rendered incorrectly, makes the headers appear as a regular named folder in the list of files.

Closing all Finder windows and reopening them is not a proper solution, however it does reset the Finder "styling engine" (for lack of time to term it properly) so that it shows the header as a list interface header, and not a folder in the list of files and folder in column view.

I cannot reproduce the problem consistently, however, I often notice it when I have multiple finder windows open, and may even go so far as to tie in the blame with network folder listings in Finder. I can't verify this but that's my environment a lot of the time.

Not the answer you're looking for? Browse other questions tagged macos finder bug .

2
All of my Adobe CS4 apps beachball in Lion and will not run at all
14
Finder takes long time to load some folders
5
Disable automatic “ligature” handling in PDF/Preview on El Capitan
0
Mac OS Sierra 10.12.1 Dock behaviour and command tab issue
7
Folders and files are overlapped by menu in Finder
1
Photos.app shows wrong picture
8
Mysterious folders that appeared in Documents on upgrade to Big Sur