I'm running Mail 12.4 on a macOS 10.14.6 system. For some reason I no longer hear any new mail notifications when a new message arrives. As near as I can tell I have Mail configured correctly to play a notification for every new message: 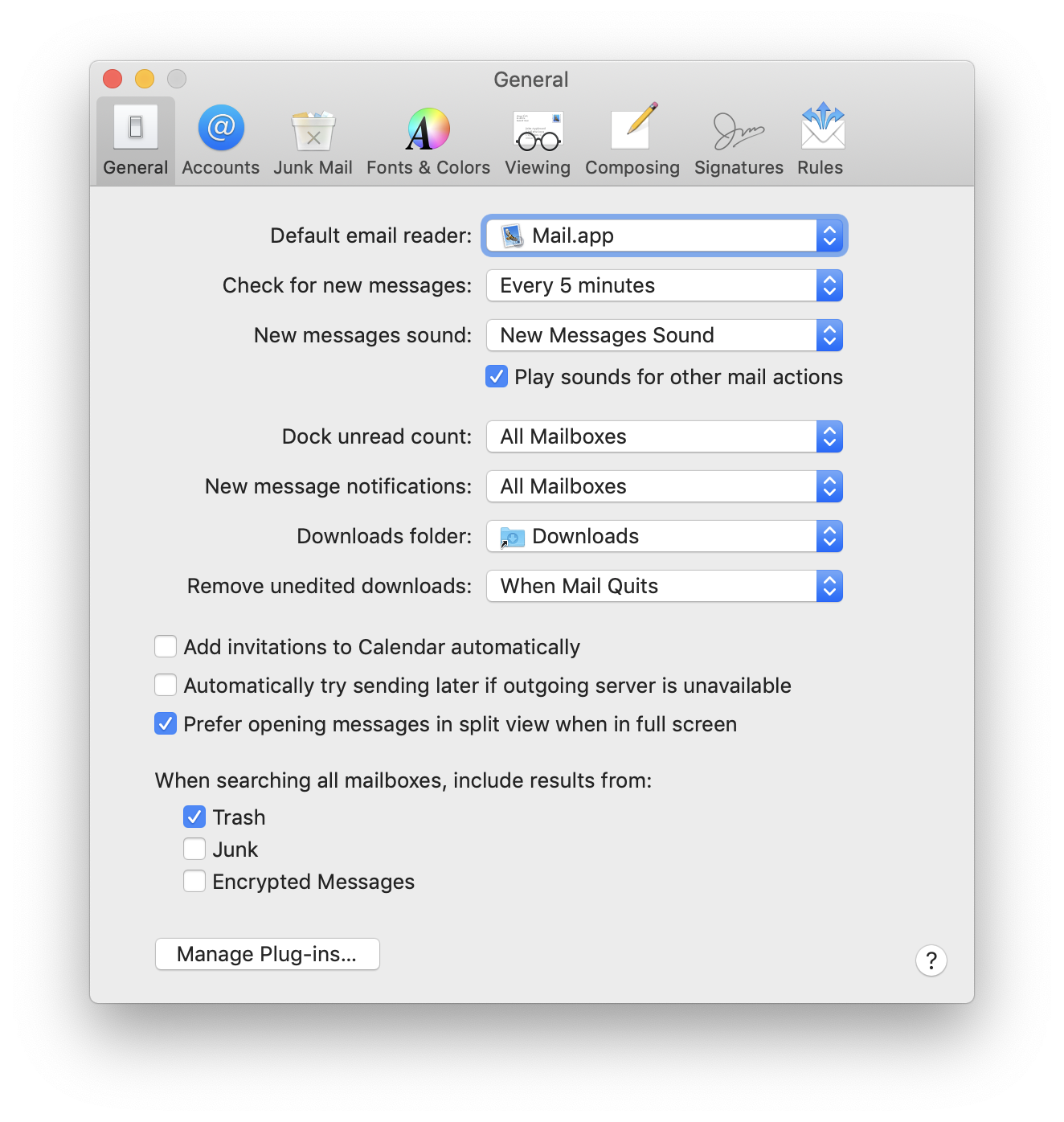 So far, I've tried creating a rule that matched every message and would play a sound, but that didn't help. I've also confirmed that Mail is set to play sounds for its notifications in the Notifications system preferences.

I later discovered that, in fact, no alert sounds are playing on this system either, and that the issue is not just limited to Mail. As near as I can tell, the Sound Effects section of the Sound system preferences is configured correctly.

How do I fix this? 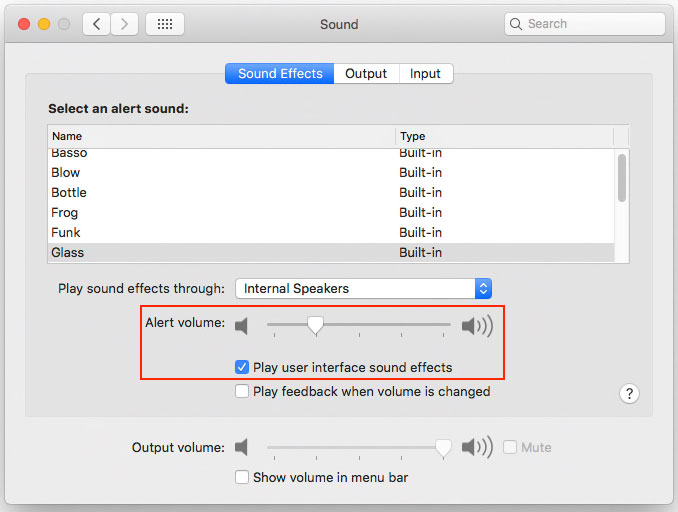 Thanks in part to sfxedit's answer, I discovered that no alert sounds were playing on my system at all. So obviously something was wrong beyond just Mail.

I use a Behringer UMC1820 USB audio interface with this system, and it seems that something got messed up between it and macOS that caused alert sounds to stop playing, even though all other audio was still working. I managed to fix it by opening up Audio & MIDI Setup, selecting UMC1820 in it, and changing its format to 48,000 Hz and then back to 44,100 Hz again: 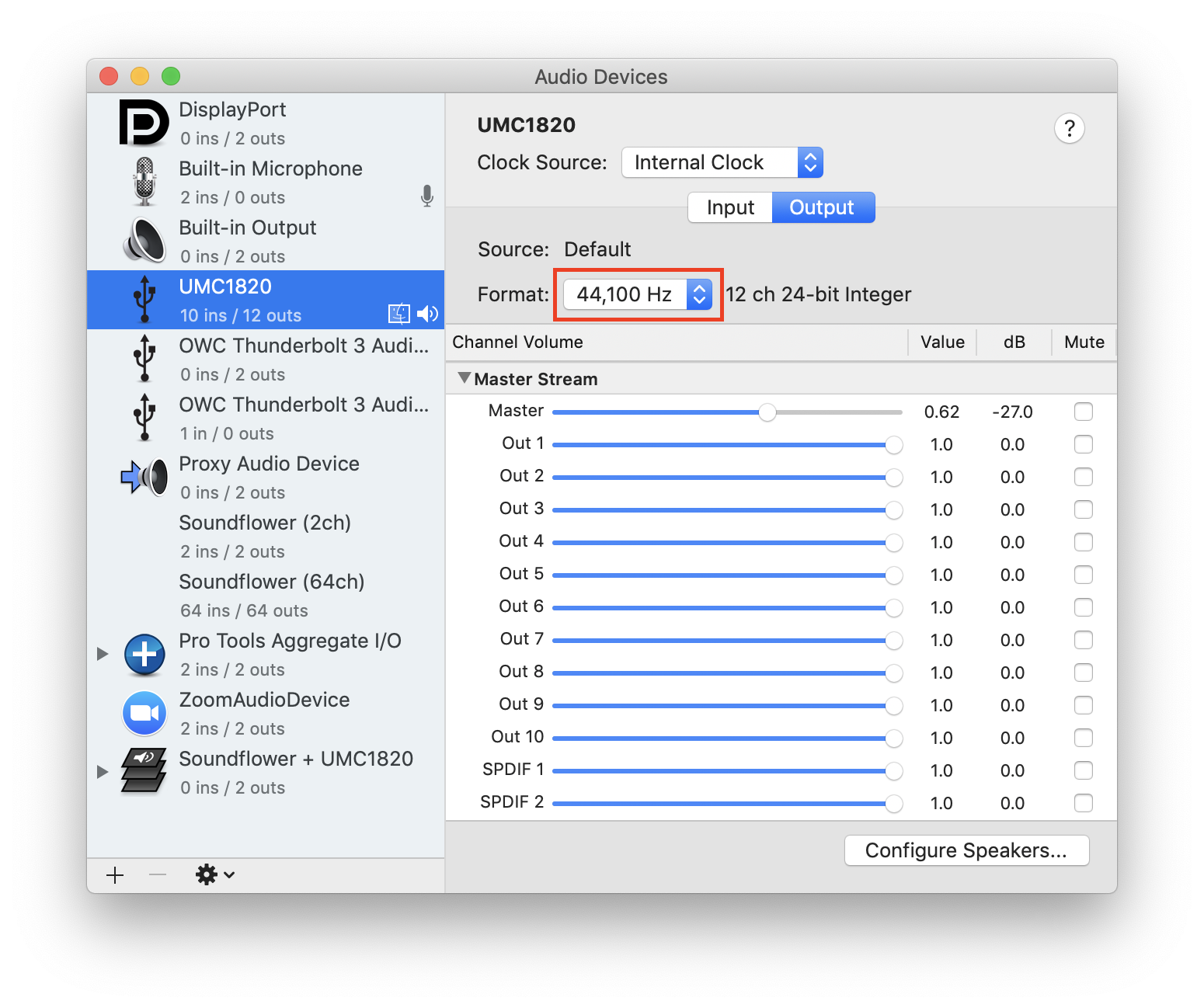 I suspect I could have also fixed it by power cycling the UMC1820 or rebooting my system.

Update: This method solved the problem once, but didn't do it a second time. My Mojave system is once again in a state where I can't hear any alert sounds, and power cycling my audio interface, changing its format, or even changing the device that alert sounds play on is not fixing the issue.

Not the answer you're looking for? Browse other questions tagged mail.app notifications .