VirtualBox does not work after upgrading to Big Sur

During the holidays, I decided to upgrade from Catalina to Big Sur (macOS 11.1 (20C69) to be precise). The one thing I did not account for is that VirtualBox stopped working.

I followed the usual advice of using the VirtualBox_Uninstall.tool script to remove any trace of VirtualBox, rebooting, installing the latest stable version from a VirtualBox-6.1.16-140961-OSX.dmg disk image, ... which fails. The install does not complete. I'm apparently not alone in experiencing this. Afterwards, VirtualBox is present on the file system however. Trying to start it works, although not booting up VMs. This fails with a rather expected

I then tried pretty much everything in the giant thread out it on the VirtualBox forums. Nothing works for me. The test versions also do not work at all, despite completing the installation.

All other articles and forum entries as well as Ask Different questions were either dismissed because the author was using a pre-release version of macOS 11 or describe situations that, to the best of my understanding, simply cannot occur on Big Sur. Like manually accepting kernel extensions via System Preferences > Security & Privacy. As far I can gather, kernel extensions are no longer supported in Big Sur, hence the breakage of software that relies on them, like VirtualBox.

I need VirtualBox for my Vagrant development boxes. For the time being, it means I'm dead in the water, probably having to re-install Catalina from scratch or buy both a VMware and a VMware Vagrant plugin license.

Maybe someone else has experienced the same issue as I have and can shine some light on the steps taken to get stuff working on Big Sur. This answer did not work as well for me.

Edit: For the time being, VMware Fusion plus the Vagrant VMware plugin appear to do the job quite nicely. And by purchasing the plugin, I'm actually supporting OSS development of Vagrant. Additionally, VMware appears to be quite a bit more performant compared to VirtualBox. Oh well, I guess that's what you get for running something like macOS as a development machine and update too early. Lesson learned: I'm going to trail macOS releases by a full year from now on.

Edit 2: VMware Fusion has issues with Vagrant creating private network addresses. This fails with a "Failed to create new device" error and Hashicorp support has no idea what may be wrong. However, after a full disk wipe and clean install of Big Sur, suddenly VirtualBox installs just fine and runs as expected — meaning, like before. No issues with private networks as well and no SIP messing around or the like required. Just initiated a refund for the VMware plugin license. It's pretty clear that the OS updater breaks stuff in subtle ways that are hard to troubleshoot. My suggestion to someone in a comparable situation: backup your system, wipe it, make a clean install and rebuild it from scratch (not a Time Machine backup). Now the only issue are random kernel panics on restart, even on the clean install. Oh well...

Big Sur user here (11.1), running VirtualBox 6.1.16 and Vagrant 2.2.14. Currently have a VM running, no issues. The major hassles for me came a few OS versions earlier (Catalina), presumably due to tightened macOS security, so may be why it was smooth for me to update to 11.1.

Per the mentioned thread, did you try this?

Upgraded High Sierra to Big Sur 11.2.3 and encountered same failure. Without research, first updated to latest VirtualBox 6.1.18, then to vagrant 2.2.14, but same issue persisted, and then came across this topic.

VirtualBox from vagrant then started up without any issue without reinstalling VirtualBox. 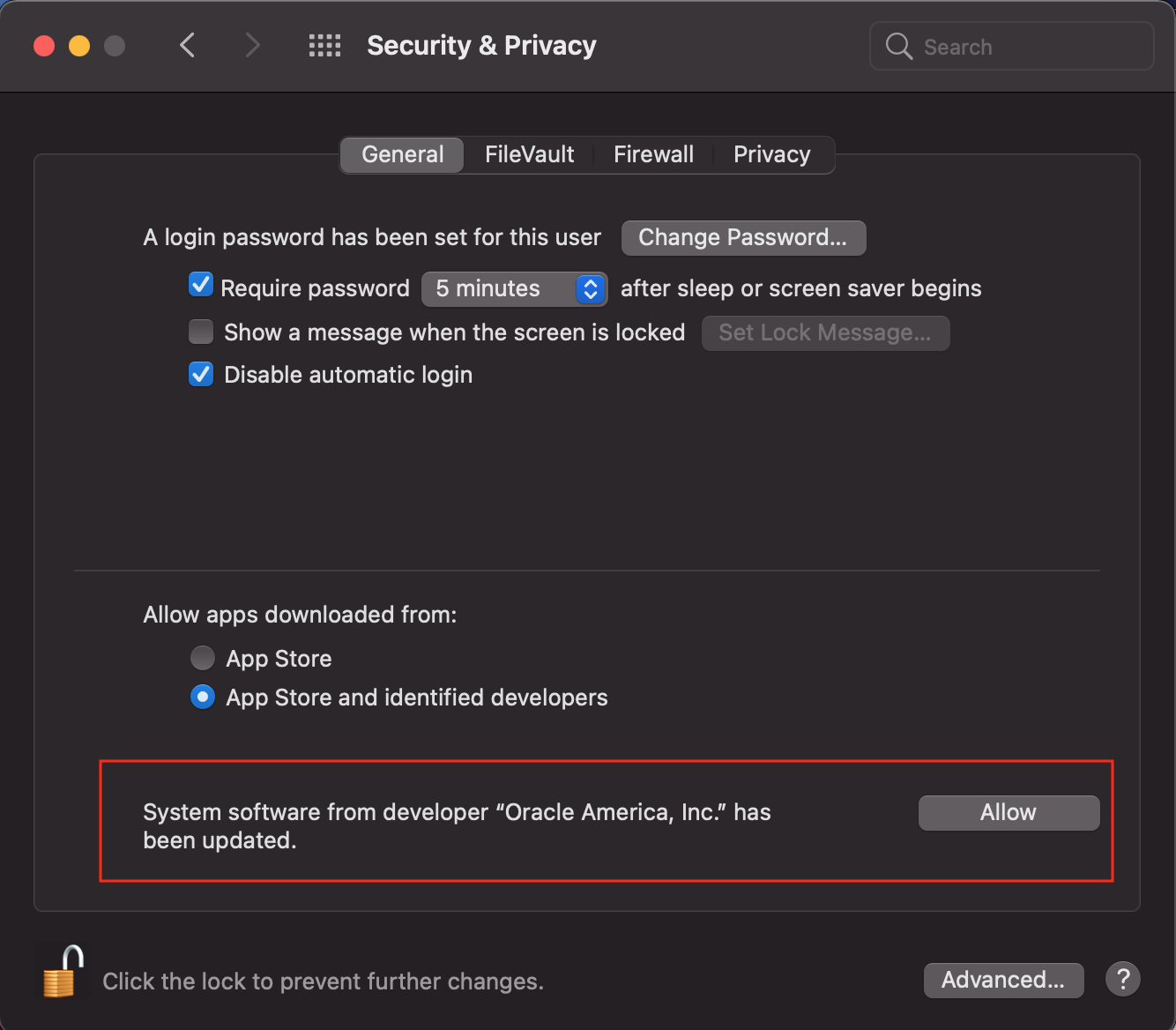 You just follow this process to get VBox working see source:

Reboot into Recovery Mode, authenticate, open a Terminal session, run the following, and then reboot:

Once restarted, your Vbox will be working:

As far I can gather, kernel extensions are no longer supported in Big Sur, hence the breakage of software that relies on them, like VirtualBox.

To be clear, it is not that they are "no longer supported" in Big Sur. It is just that Apple has decided that they want to discourage developers and users from adding kernel extensions to macOS and so have made it harder to use it in Big Sur.

Kernel extensions allow developers a way to directly integrate with, and add features to, macOS and VirtualBox uses this method to add virtualisation feature to the macOS.

With macOS Big Sur, usage of third-party kernel extensions is diallowed by default. So before you use any software that needs kernel extensions (like VirtualBox) you need to explicitly instruct macOS to allow them.

The way to do this on macOS is to partially disable SIP. (Read more on how to disable SIP only on specific parts of the system.)

To do this on macOS Big Sur, boot into Recovery mode, open Terminal and execute the following command:

Then restart and boot normally into macOS and download and install VirtualBox.

I had the exact same issue when I migrated from Catalina to BigSur. As mentioned in their official doc here , it is necessary to give MacOS permission to add custom kext.

So, you would need to enable SIP with kext signing by:

Also need to make sure that all the dependencies are installed before installing virtualbox.

If you disable SIP, please do it at your own precautions.

Not the answer you're looking for? Browse other questions tagged virtualization big-sur virtualbox .