where is “SERVER.APP” in Snow Leopard OSX server?

The textbook answer to stopping the server in OSX Leopard server is to remove the SERVER.APP. Unfortunately I can't find it anywhere, visible or not. Where should I be looking ? Is it's absence related to "available servers (0)"?

"Server.app" does not exist in Mac OS X Snow Leopard Server as the server aspects of the OS are integrated into the OS itself, as in everything came preinstalled. Below you'll see a screen shot of the Applications folder, with the Server folder selected and there is no "Server.app".

In Terminal using the following command, it did not find "Server.app":

It found a lot of things with "server" in its name but none explicitly "Server.app".

That said, the current macOS Server available from the App Store contains "Server.app", per its tech specs page macOS Server Tech Specs, under What’s Included in macOS Server it shows: 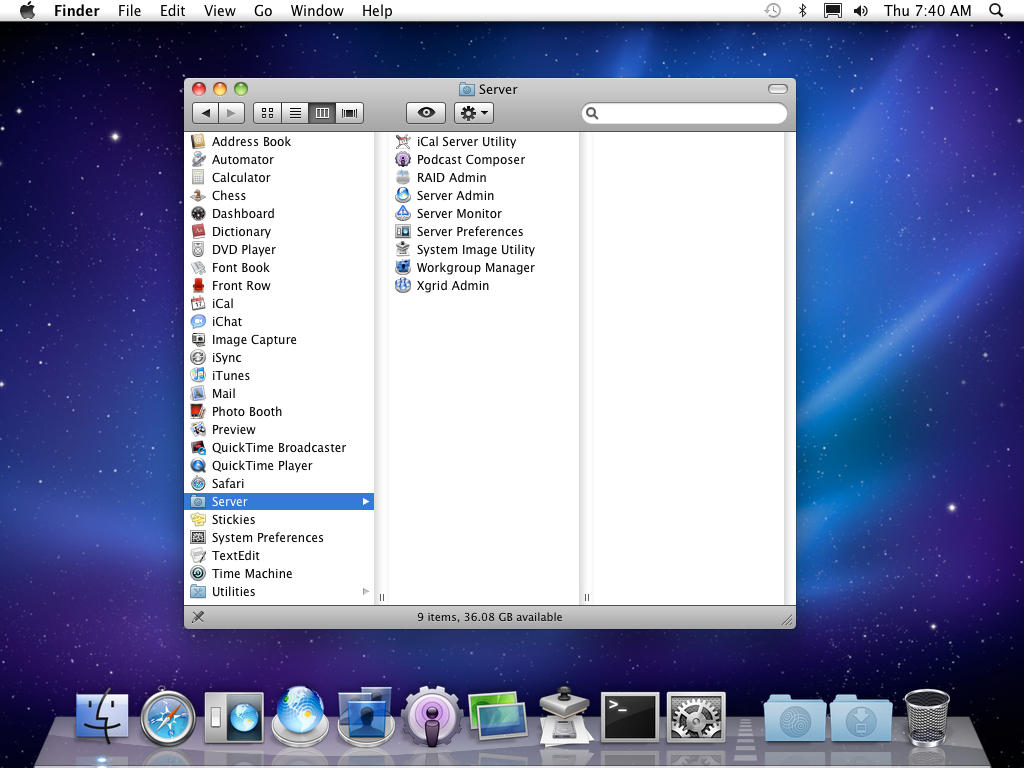 Not the answer you're looking for? Browse other questions tagged osx-server .

6
Is Snow Leopard Server a good candidate for everyday use as a main OS?
1
Copying Files From Windows Share To OSX Share Results In Access Denied
1
OSX Server File Sharing - Allow users to change password?
0
Where would I find where an .htaccess file is located and being used on a Mac OS X Lion server that sets Basic Auth on an Apache server?
1
OSX Mail Server Forward to External Address
0
OSX Server.App Mail Server Not Starting
4
Is it still possible to purchase a license for Mac OS X 10.6 Snow Leopard Server from Apple?
0
How to configure maximum IMAP connections in Mac OS X Server (El Capitan)?
2
How to set macOS Server to prevent DNS zone transfer?
0
Whither macOS Server 5.3.6 installer?