This version of macOS 10.12.6 cannot be installed on this computer 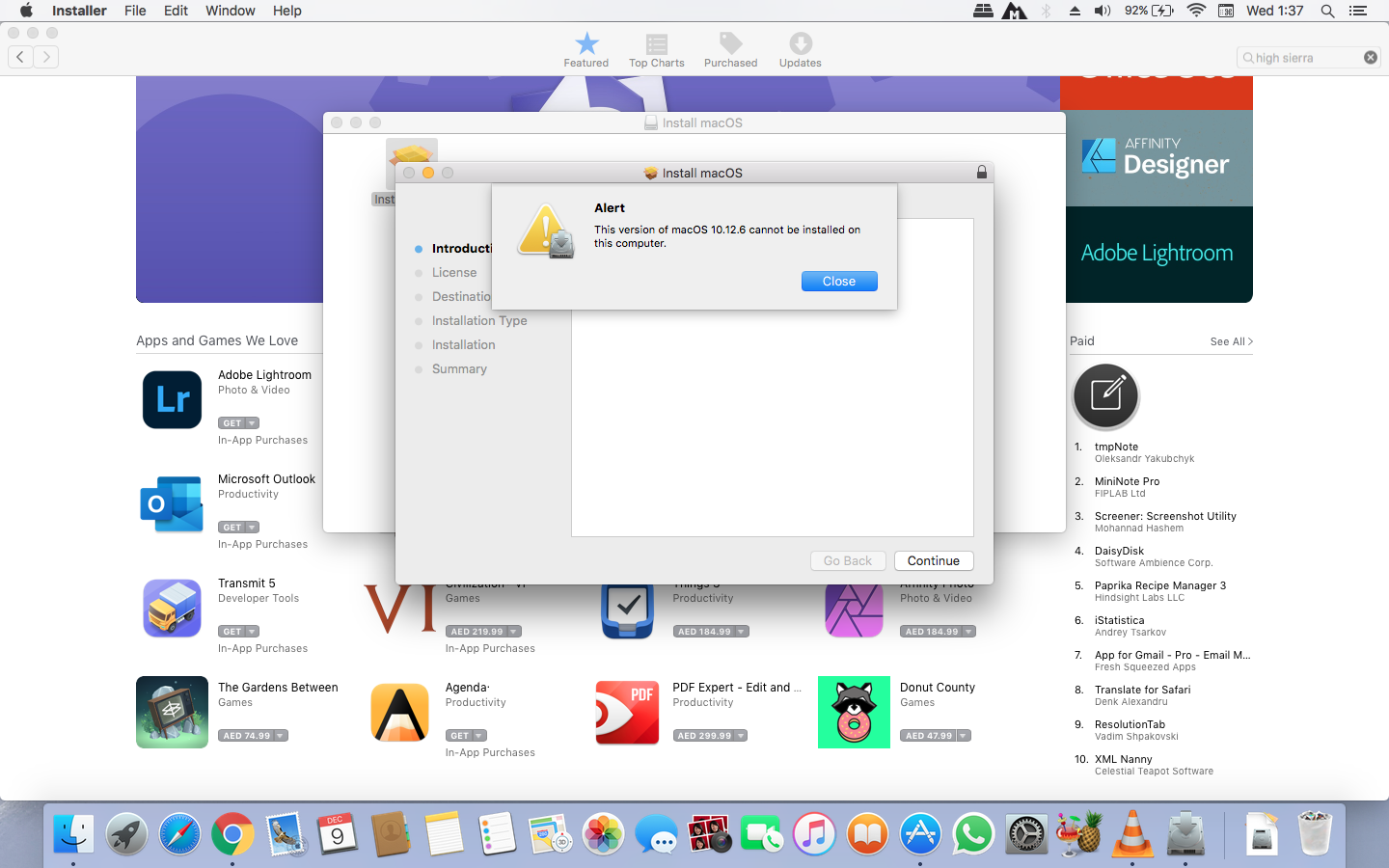 For the release of macOS Sierra, support for various Mac models was dropped. Macs which supported macOS El Capitan 10.11 and not macOS Sierra 10.12 were:

These Macs do not officially support Sierra and the installer will refuse to install Sierra.

There exists an unofficial patcher which adds support for older Macs to the Sierra installer, with caveats. You can download the patcher from http://dosdude1.com/sierrapatch.html.

Not the answer you're looking for? Browse other questions tagged macos upgrade .

3
Can't update Java due to apparently newer version already installed
2
App Store not allowing me to upgrade to Sierra
3
How to upgrade from OS X El Capitan 10.11.6 to macOS Sierra 10.12.6
3
Lost between two macOS versions after failed upgrade to macOS Mojave
1
Upgrading from 10.11.6 El Capitan to 10.12
2
macOS X Catalina cannot be installed on Macintosh HD