How many lithium-ion batteries does a M1 MacBook Air (2020) have?

I would like to ship a MacBook Air (M1 model released in 2020) from Japan to South Korea via EMS, but the EMS website says it is not possible to send a machine that has more than 2 lithium-ion batteries.

The answer is zero batteries in the adapter and the assembled laptop qualifies as UN 3481 product for shipping purposes.

The M1 Air has a built-in 49.9‑watt‑hour lithium‑polymer battery, so it falls under UN 3481, Section II IMP:ELI

To elaborate, you are shipping a computer (portable electronic equipment) that contains one battery with multiple cells and this assembly is regulated differently than loose batteries included in a box (or spare parts for repair of an Air).

Here is the relevant section from a 30 page guide from UPS. Ask your carrier how they define portable electronic equipment if you are not sure if the shipping standard I have quoted doesn’t govern EMS website or staff. 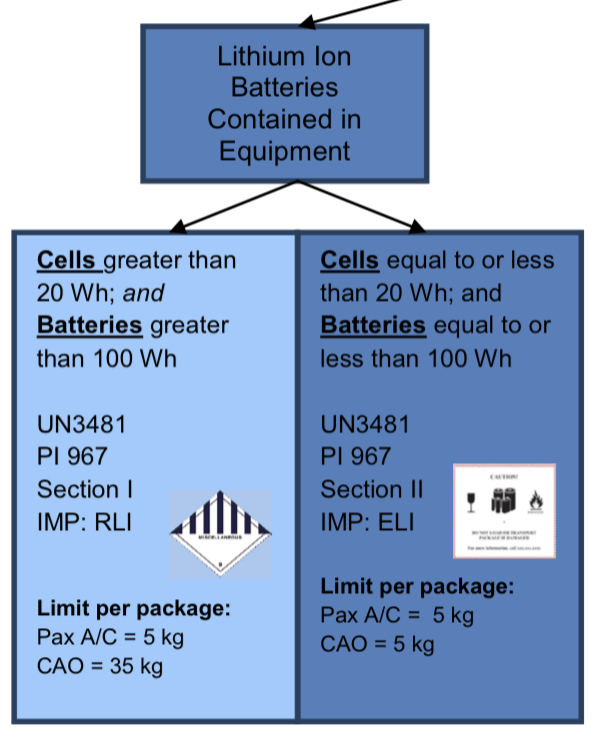 From the iFixIt teardown of the new Air, it looks like there's 2 li-ion batteries, one on each side. 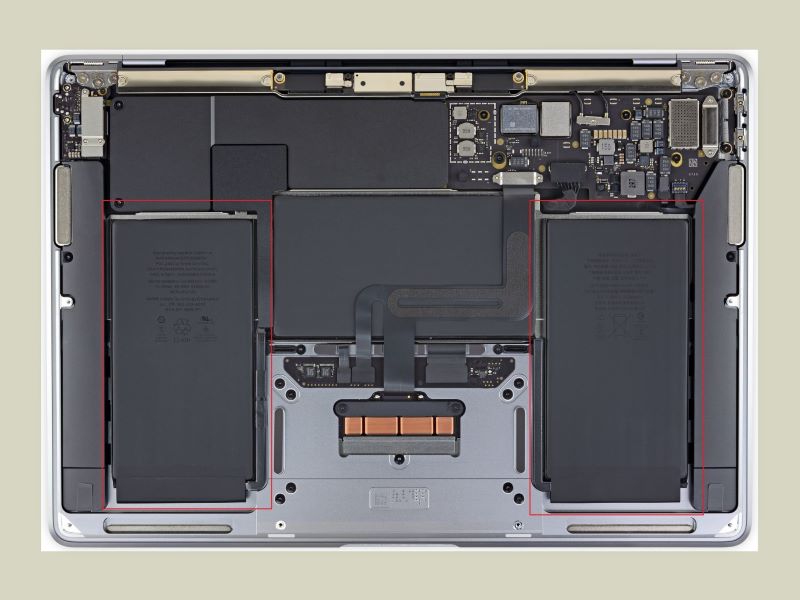 When I look at the Apple technical specs, it states:

I take this mean there's a single battery as it's written 'battery' and not 'batteries'. Maybe this is just one battery that's split in two, I don't know. Maybe others here who are more knowledgeable on this can edit this answer to add that info. Either way, I'm sure these are built in such a way as to be shippable to South Korea by major carriers.

Not the answer you're looking for? Browse other questions tagged macbook-pro mac battery .

1
How much disk space is already used by the OS and included apps on a new MacBook Air
8
Does the MacBook Air draw power from the battery or wall socket when the battery is at 100% and plugged in?
11
How many cores does a Mid 2012 Macbook Air have?
2
Can an underpowered charger actually help my Macbook battery's longevity?
1
Service Battery issue
1
MacBook Pro Trackpad popped
0
2019 MacBook Air still sucks down battery when sleep
1
Does hot weather causes Lithium-ion batteries in Apple devices to drain fast?