The Problem: New windows and freshly-launched apps (seemingly) arbitrarily push new windows or the app itself to the second monitor.

How do I prevent the seemingly random issue of newly-invoked/-launched apps, dialog/modal windows, and other random app windows from pushing to that other screen? -- I do not want all apps to be pulled from this screen nor do I want them to never open there, if I've assigned there either via another app or by putting it there and then quitting such that the window location would be remembered for the next invocation.

I've had the same setup for 18+ years, since 10.2 or so when I jumped from legacy software on OS9 to embracing OSX. I have a primary monitor which is part of my Mac system (previously a TiBook, and then a 17" HR MBP, and now a 27" iMac) with an extra monitor (previously a sweet Sony CRT (the best crt I ever saw) and for the past 11+ years a 24" Samsung which is starting to show its age)... I also often use my iPad as a third monitor via Wired XDisplay (https://www.splashtop.com/) for specific uses (video streams, text content scratchpads, etc), but it's been happening since long before I started using this on rare occasions.

The problem isn't specific to macOS version, but I'm currently on 10.14 (again for legacy 32-bit software issues). It's been happening for years with seemingly no rhyme or reason. Just giving as much info as possible to limit "guesses" on causes and solutions. You know what I've tried and didn't work. I'd say this started maybe a year or two ago when I started noticing it, so likely back on 10.13 at least.

I use TotalSpaces2 (http://totalspaces.binaryage.com/), but I've reproduced the problem often without TS2 being installed. I've also confirmed that I do not have the "Automatically rearrange Spaces based on most recent use" setting checked in System Prefs > Mission Controlas suggested in several similar questions found here in SE and at the apple discussions.

I have a custom arrangement in my System Prefs > Displays pane, I use Wraparound (https://www.digicowsoftware.com/app/Wraparound), no longer use Moom but it occurred during and after ending use. I now use Divvy (https://mizage.com/) but, like the other apps, it does this with and without it being running.

My TS2 arrangement is a 2x2 grid on my primary monitor and a single screen on my external which never changes. It's a perfect setup to allow me to move things from one space to another without having to actually having to bring it over. MY TS2 settings also include several app settings that require certain apps to live ONLY in certain spaces. 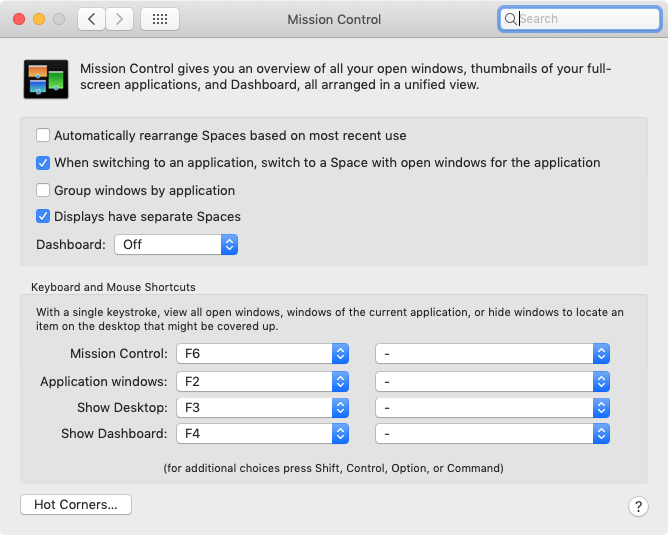